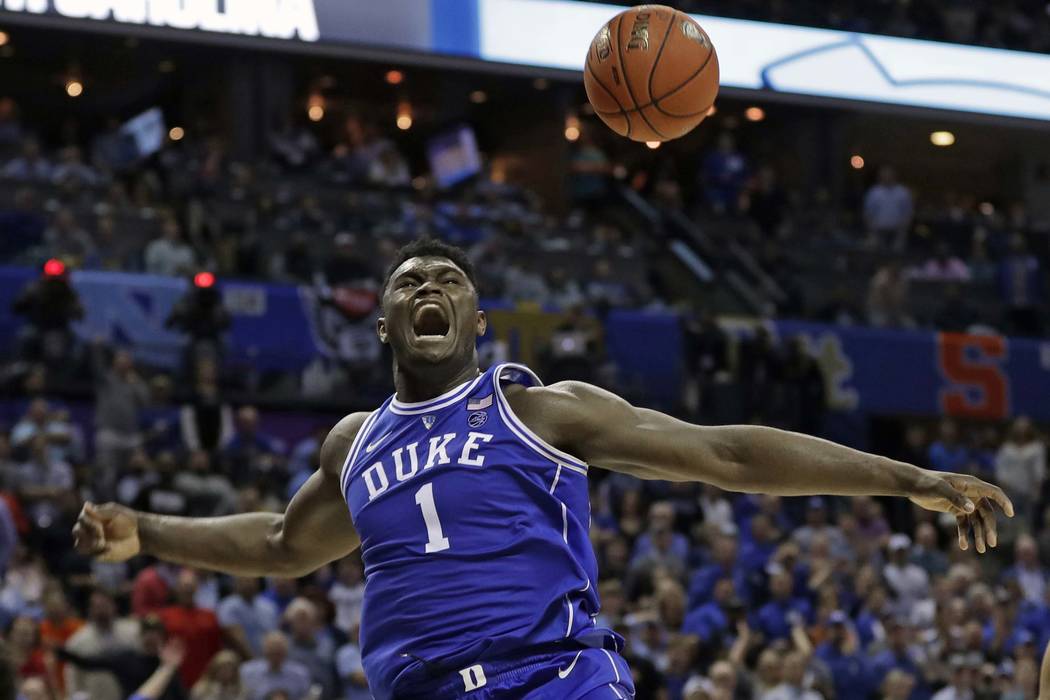 Duke's Zion Williamson (1) reacts after a dunk against North Carolina during the second half of an NCAA college basketball game in the Atlantic Coast Conference tournament, in Charlotte, N.C. on March 15, 2019. Williamson was selected to The Associated Press All-America first team, Tuesday, April 2, 2019. (AP Photo/Nell Redmond, File) 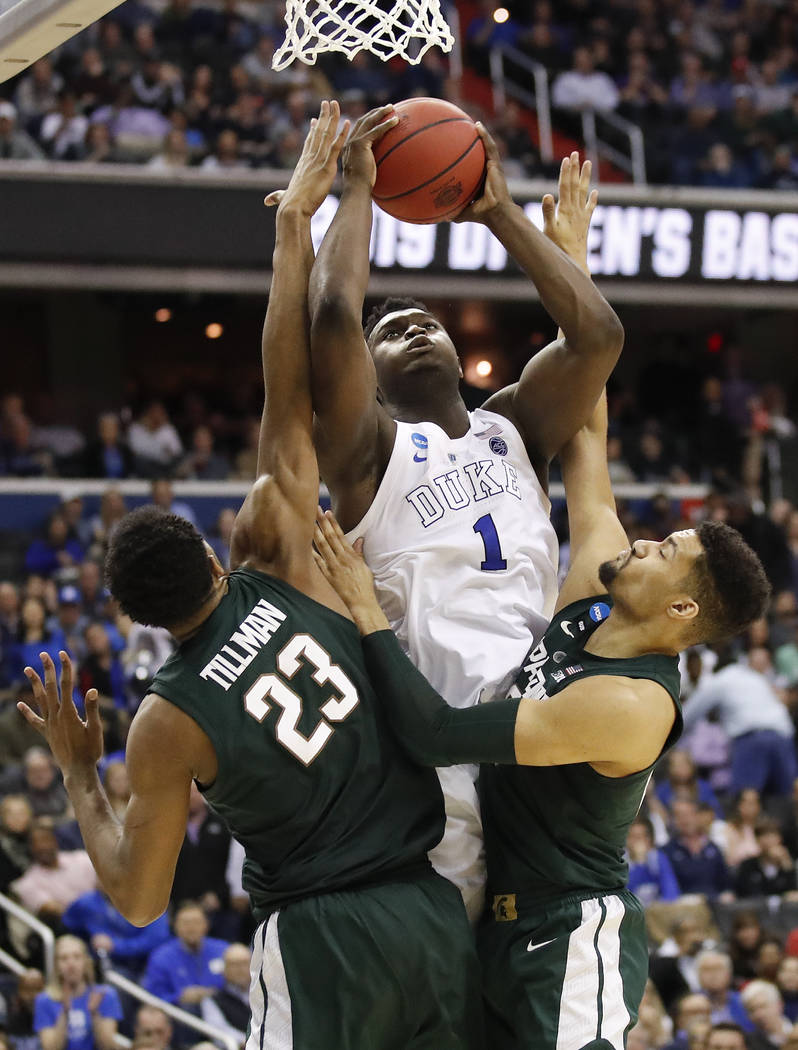 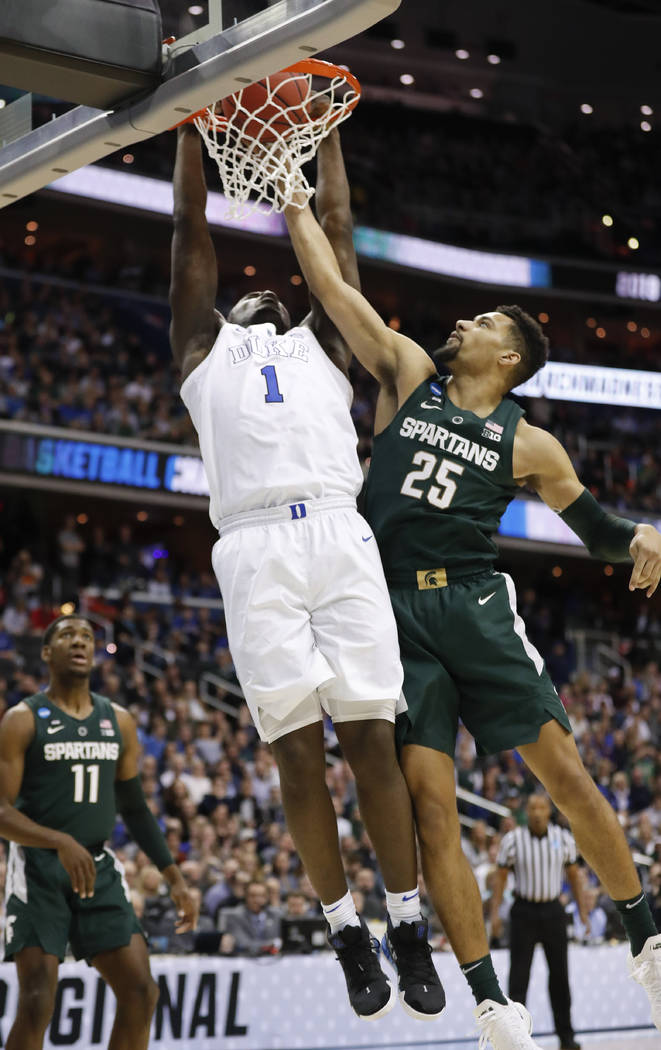 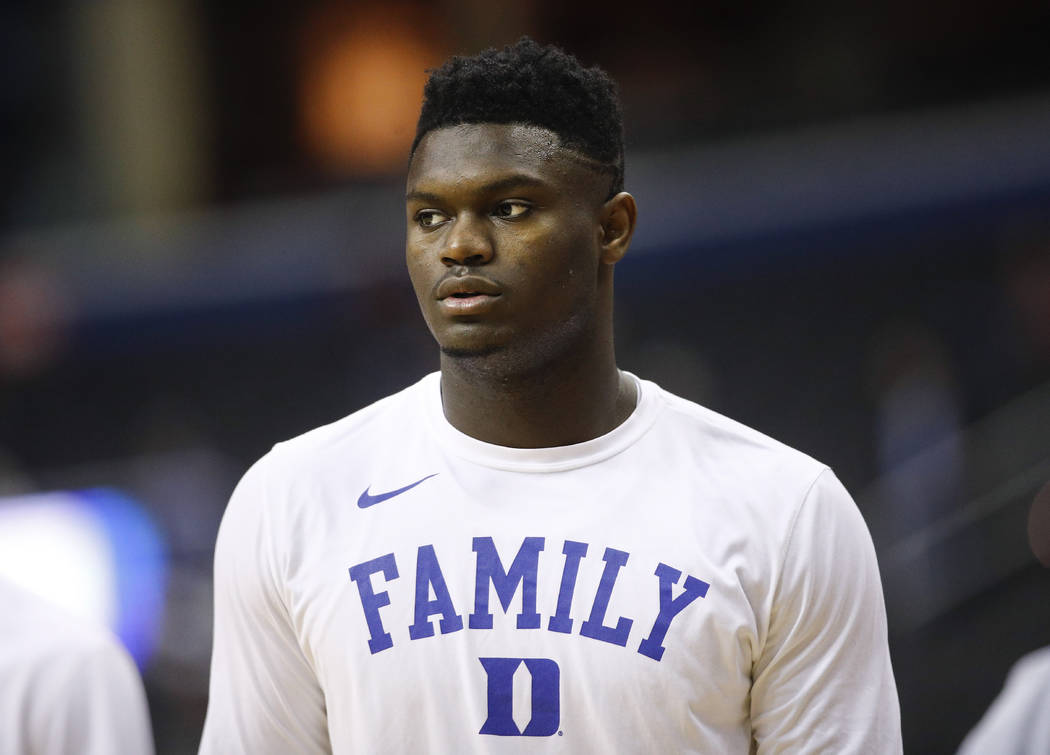 The 6-foot-7, 285-pound Williamson was the runaway choice, claiming 59 of 64 votes from AP Top 25 voters in ballots submitted before the NCAA Tournament in results released Friday.

Williamson’s Blue Devils lost to Michigan State in the Elite Eight, but he says he has no regrets and calls the season “the most fun I’ve ever had in my life.” 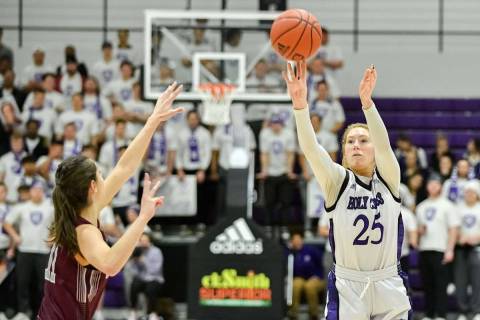 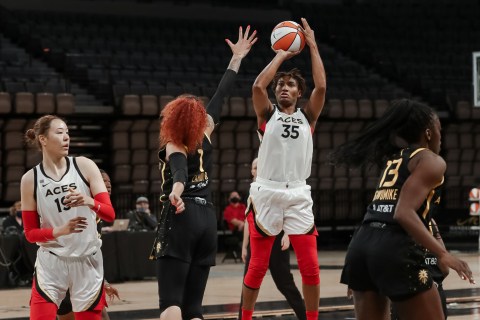 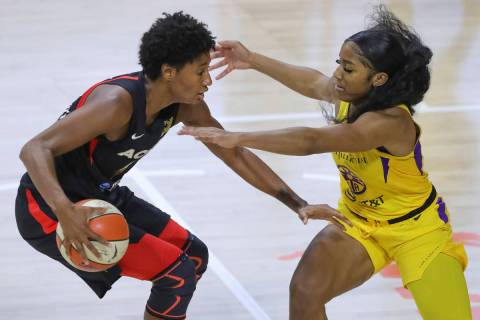 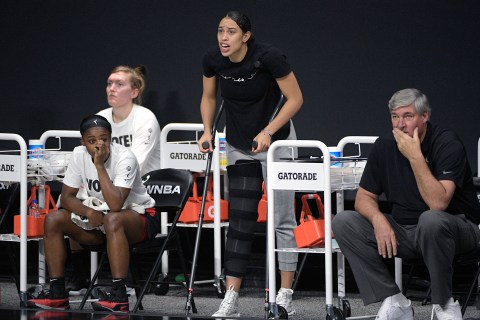 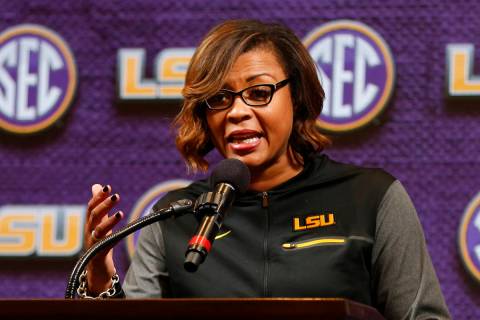