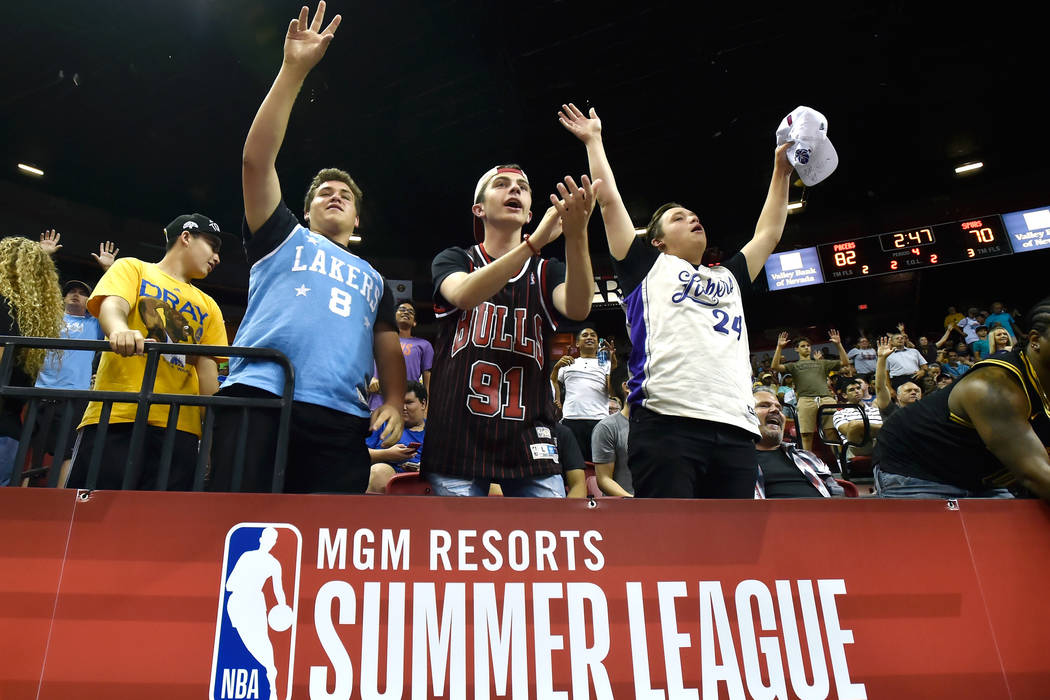 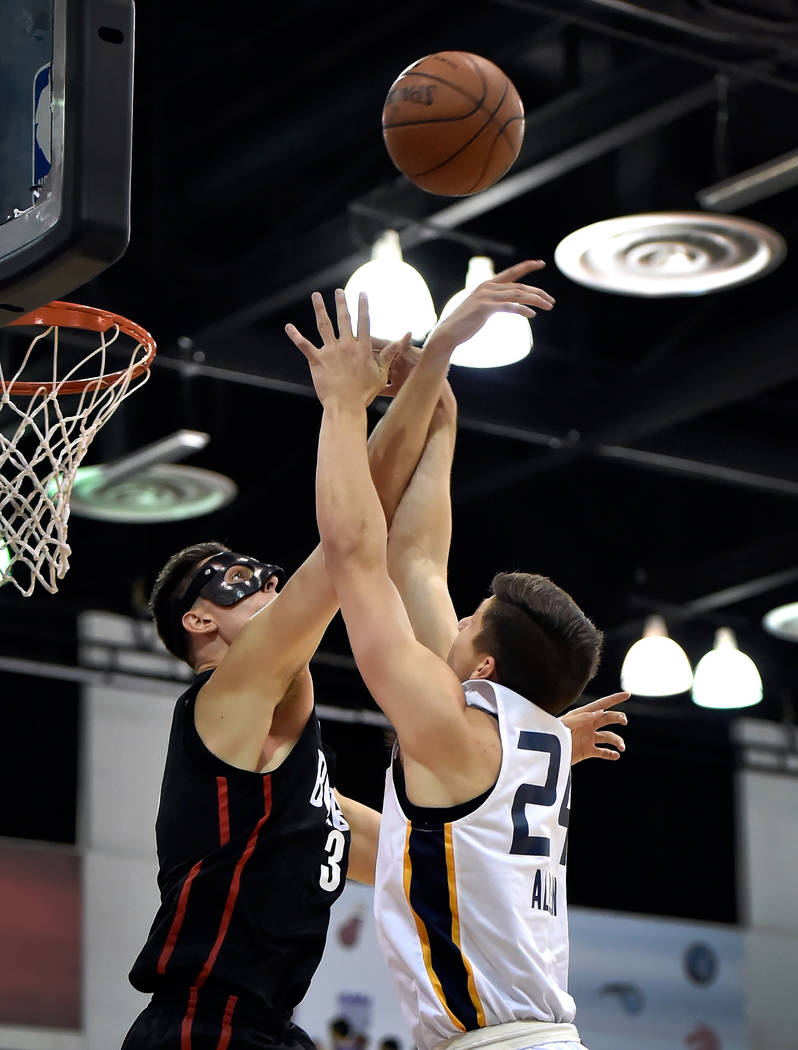 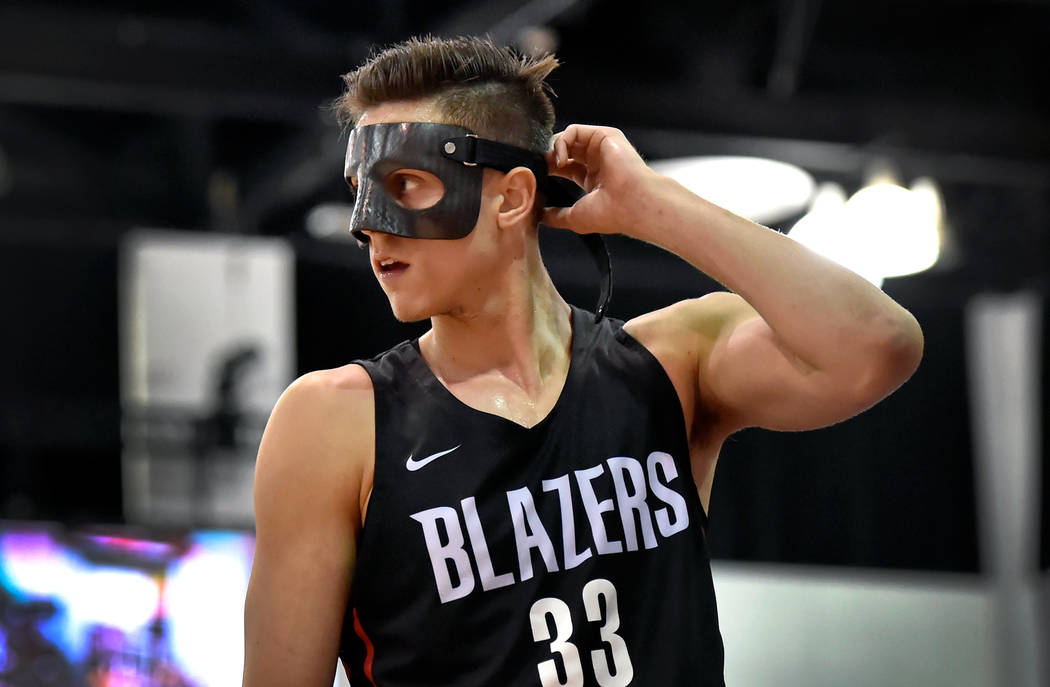 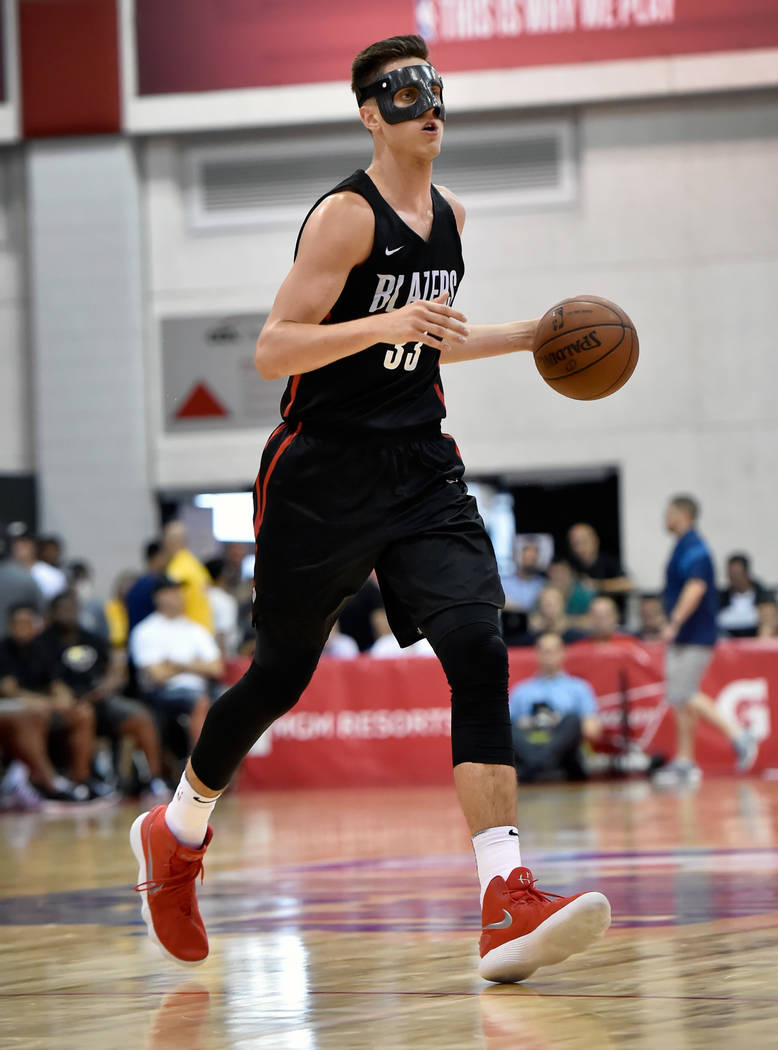 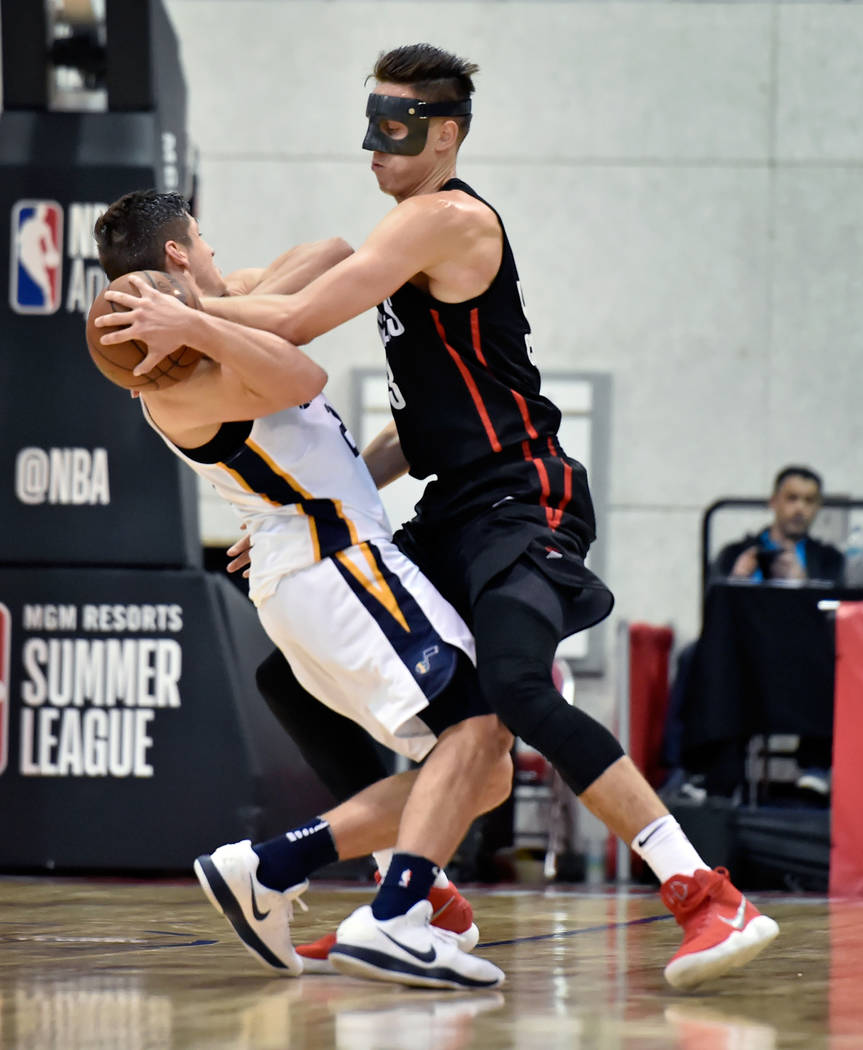 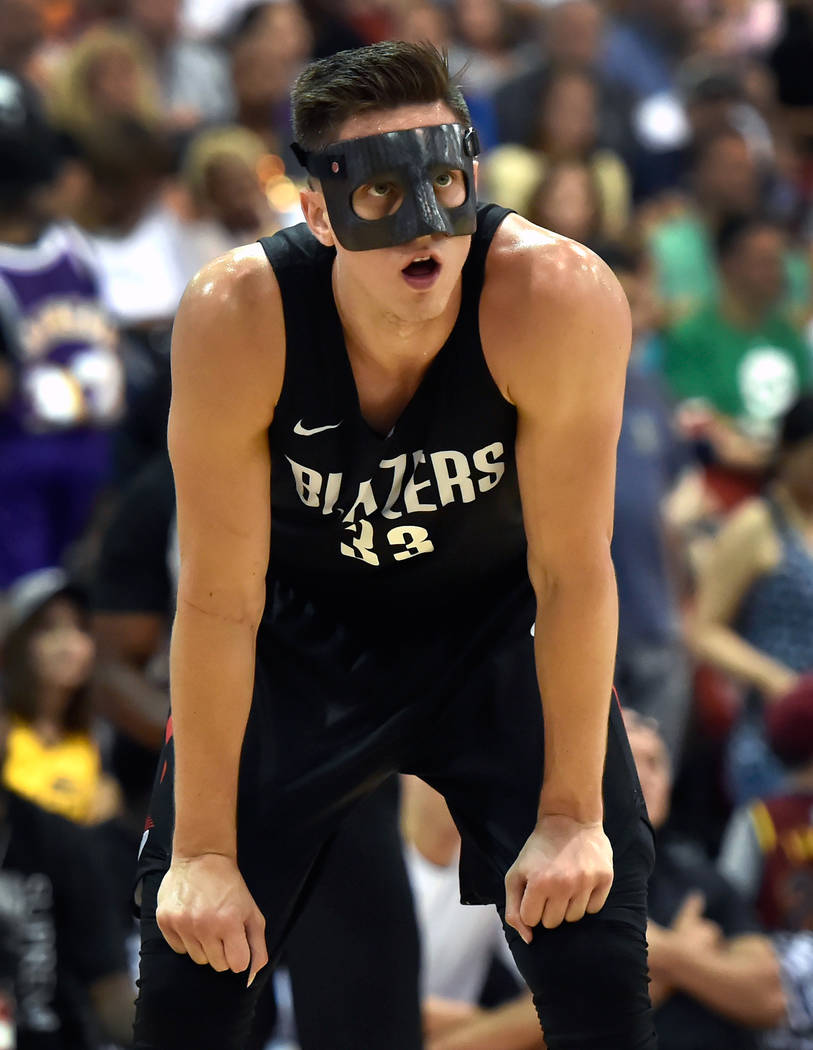 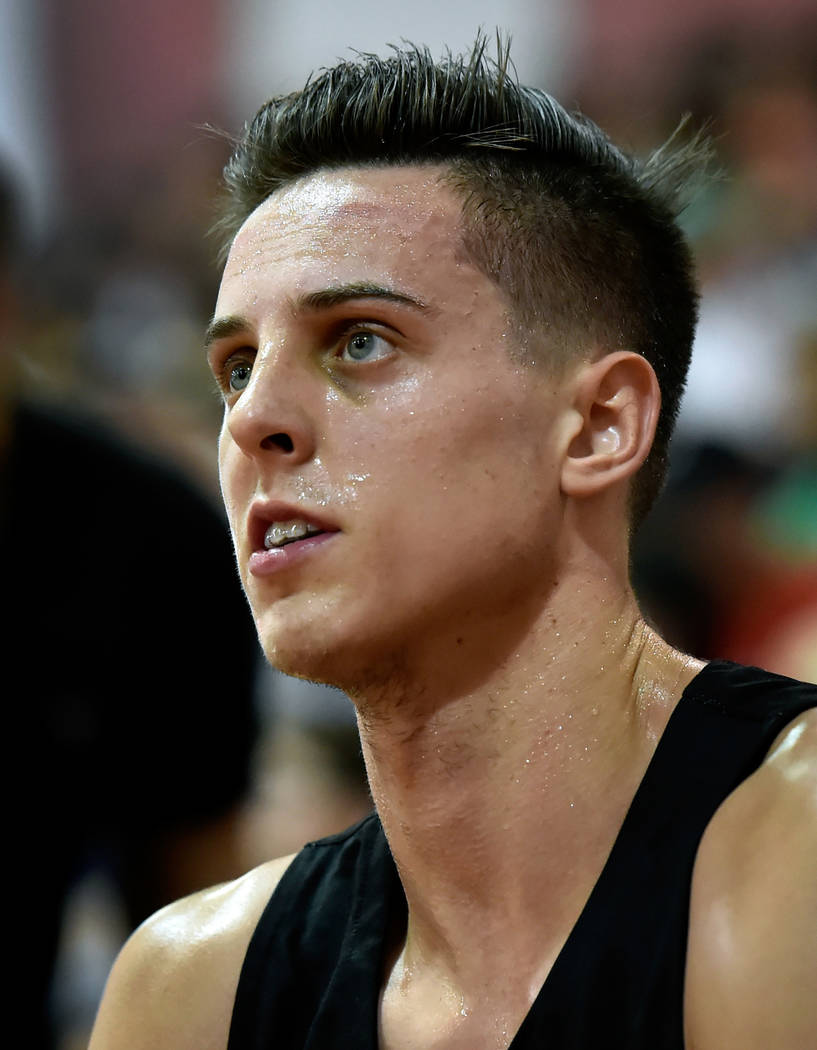 Wrapping up Day 2 of the NBA Summer League at the Thomas & Mack Center and Cox Pavilion:

■ Trail Blazers 93, Jazz 78 — Portland’s Wade Baldwin IV led all scorers with 20 points, but was ejected in the fourth quarter. He got tangled up with Utah guard Grayson Allen late in the game and was tossed after he appeared to hit Allen in the face. Allen’s 16 points tied for the Jazz’s team-high along with Georges Niang and Tony Bradley.

■ Pelicans 110, Heat 84 — Trevon Bluiett turned in another 20-point performance to lead New Orleans. He led all scorers with 26 points, and the former Xavier standout had a game-high 24 points versus the Toronto Raptors on Friday. Former UNLV standout Rashad Vaughn scored 11 points and recorded four assists for the Heat.

■ Knicks 91, Hawks 89 — Kevin Knox went for 22 points and eight rebounds to help New York hold off the Hawks. John Collins led Atlanta with 30 points, and No. 5 draft pick Trae Young (by way of a Dallas trade) totaled 21 points and 11 assists.

■ Suns 71, Kings 61 —Deandre Ayton, the No. 1 overall pick, had 21 points and 11 rebounds to power the Suns. Marvin Bagley III, who went second in the draft, had 15 points and seven rebounds. Harry Giles led the Kings with 17 points.

■ Bulls 86, Cavaliers 81 — Antonio Blakeney made 10 of 19 shots and scored 25 points to lead Chicago. Bulls rookie Wendell Carter Jr., who went seventh in the draft, finished with 16 points and nine rebounds.Cleveland’s Ante Zizic had a double-double, going for 25 points and 11 rebounds.

■ The Los Angeles Lakers-Philadelphia 76ers game was not complete when this edition went to press.

Star of the day

The Suns’ Ayton prevailed over Sacramento’s Bagley III in the battle of the top two draft picks, finishing with 21 points and 12 rebounds.

Findlay Prep’s Allonzo Trier totaled 15 points and six rebounds for the Knicks in their victory over Atlanta.

Lonzo Ball and Kyle Kuzma were honored before the Lakers’ game against the Philadelphia 76ers for helping lead Los Angeles to the Summer League title last year. Also at the Thomas & Mack, the Suns’ Devin Booker watched Phoenix. Damian Lillard of the Portland Trail Blazers and Donovan Mitchell of the Utah Jazz sat about three seats apart at Cox Pavilion. NBA stars of yesteryear Dikembe Mutombo, Dominique Wilkins and Juwan Howard were in attendance in the main arena.