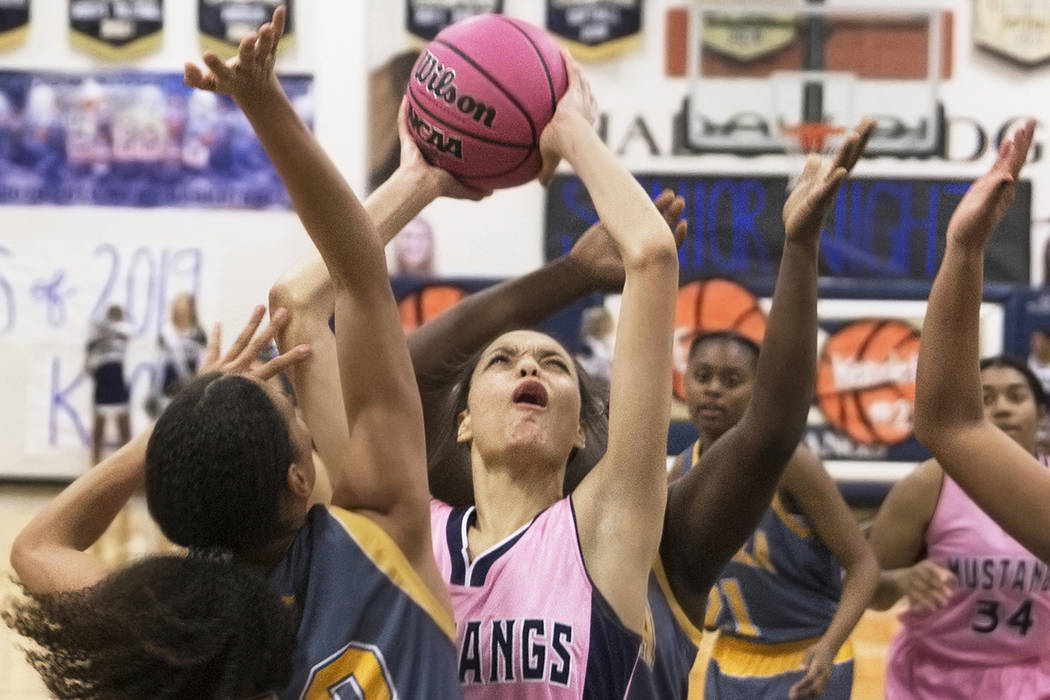 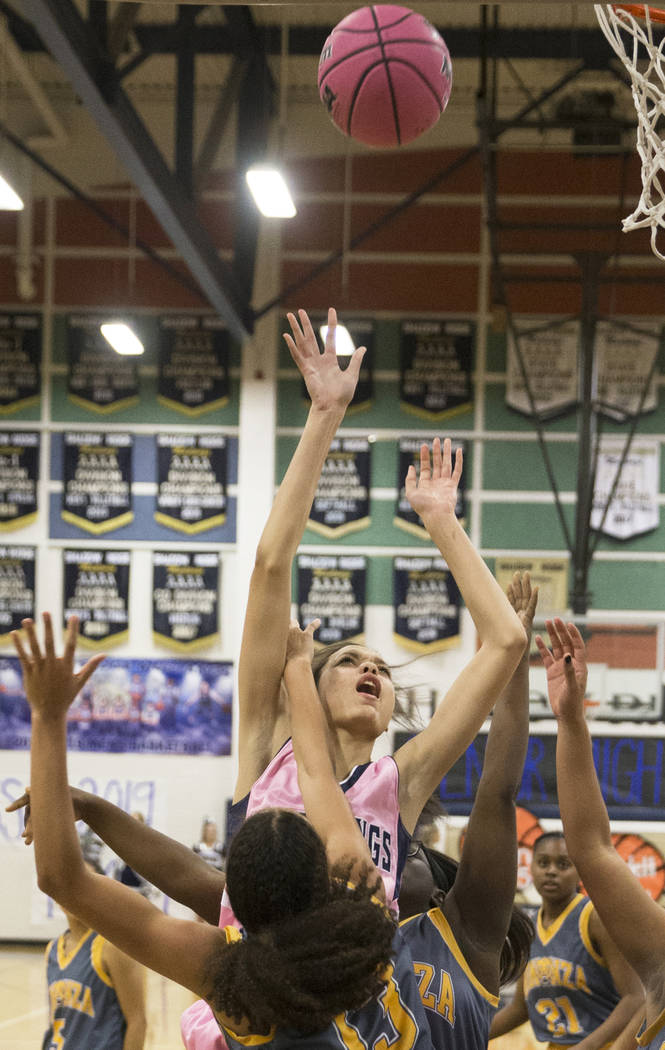 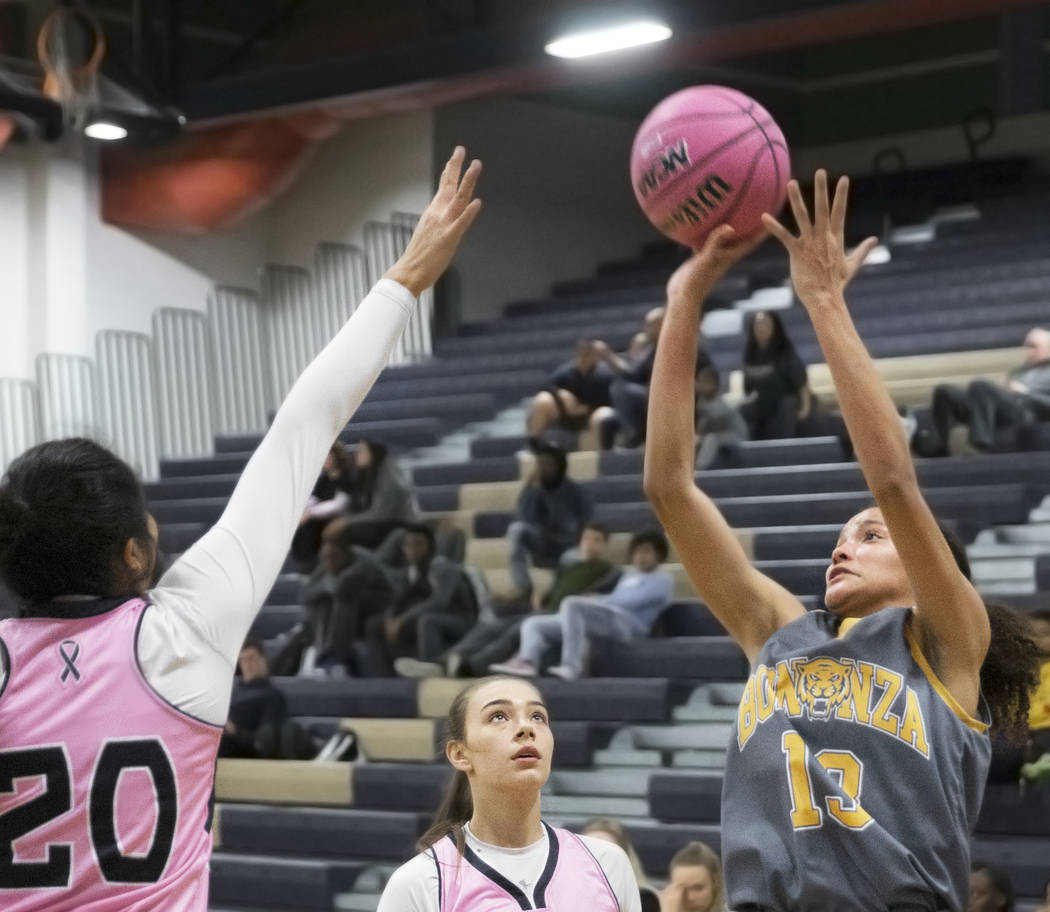 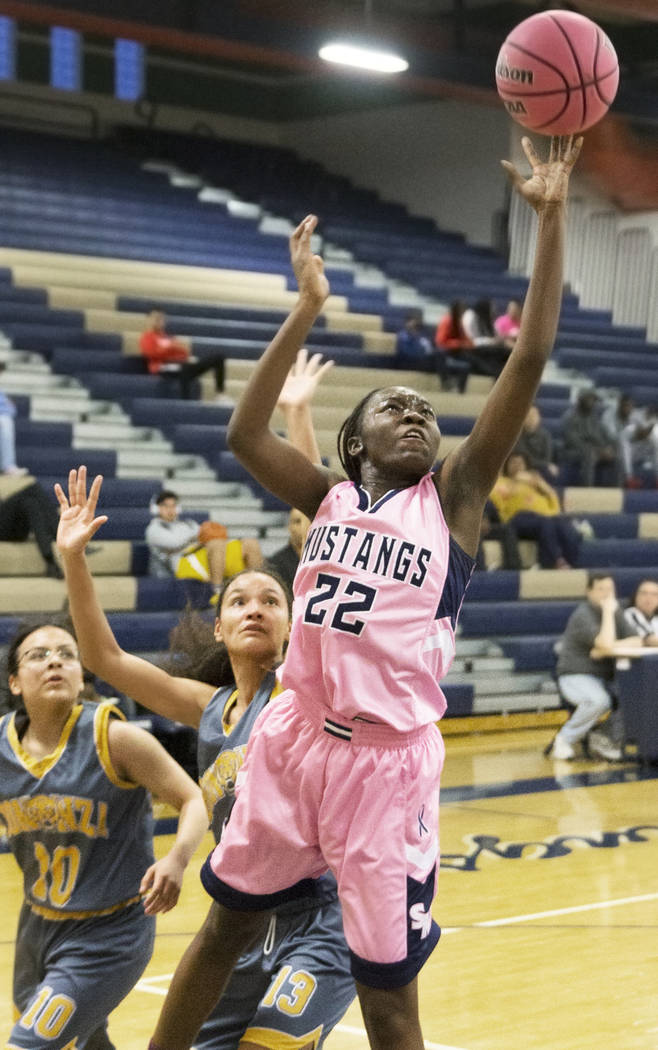 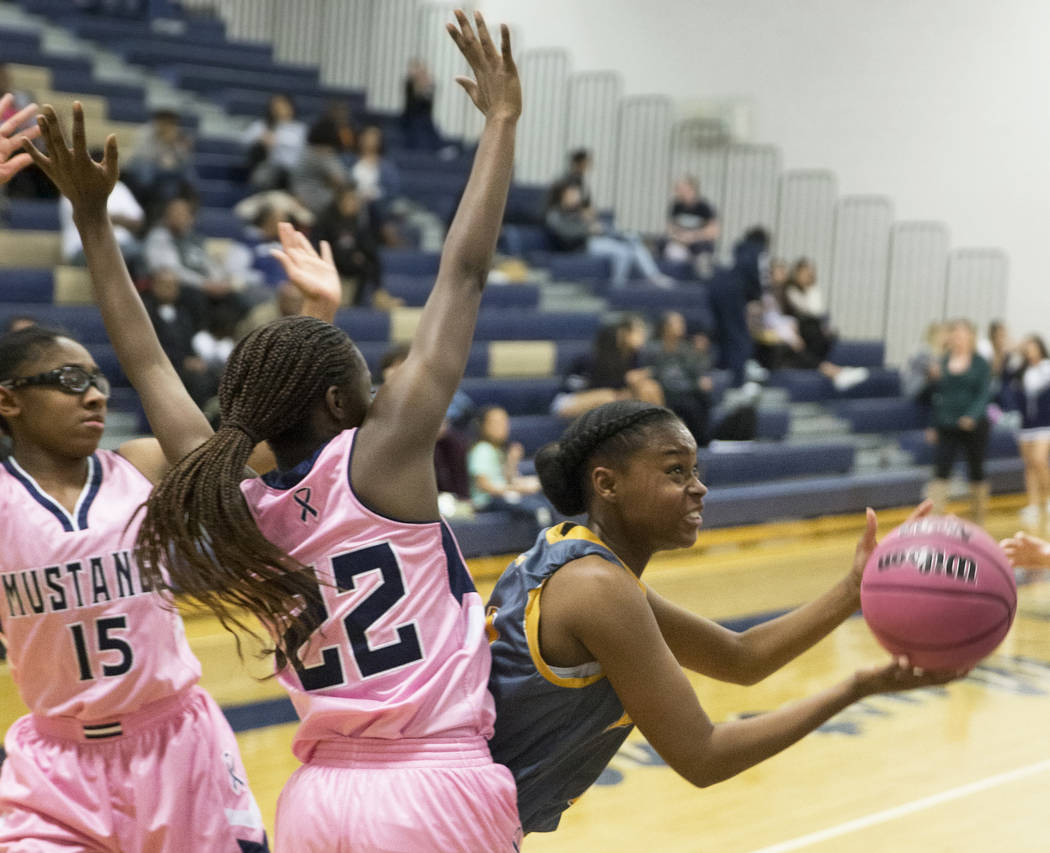 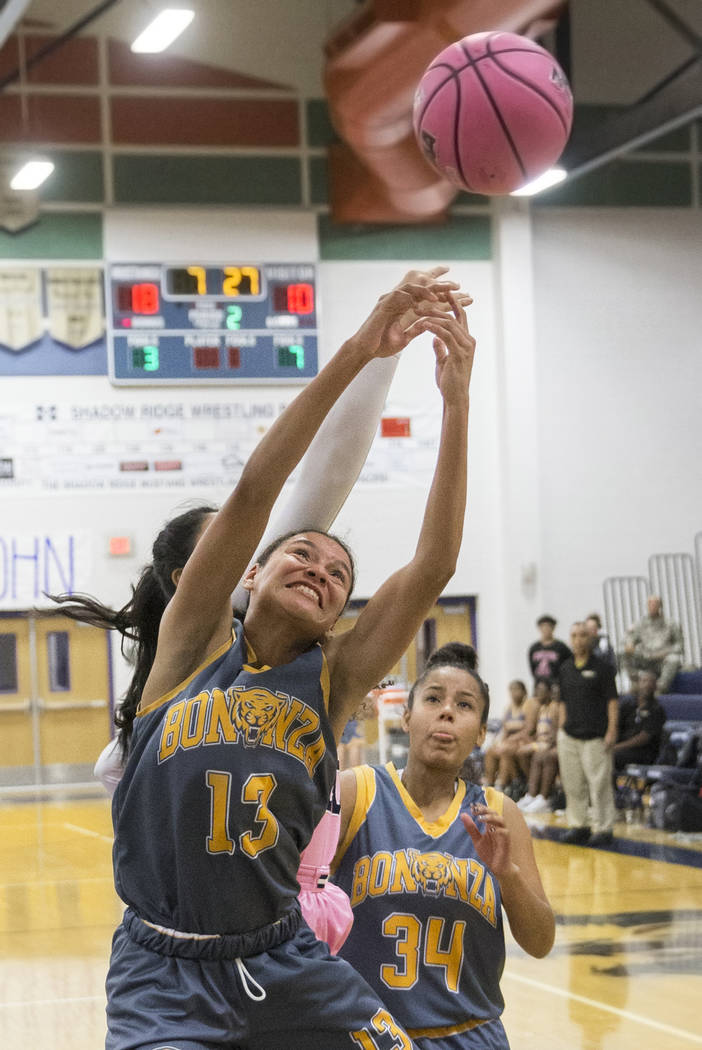 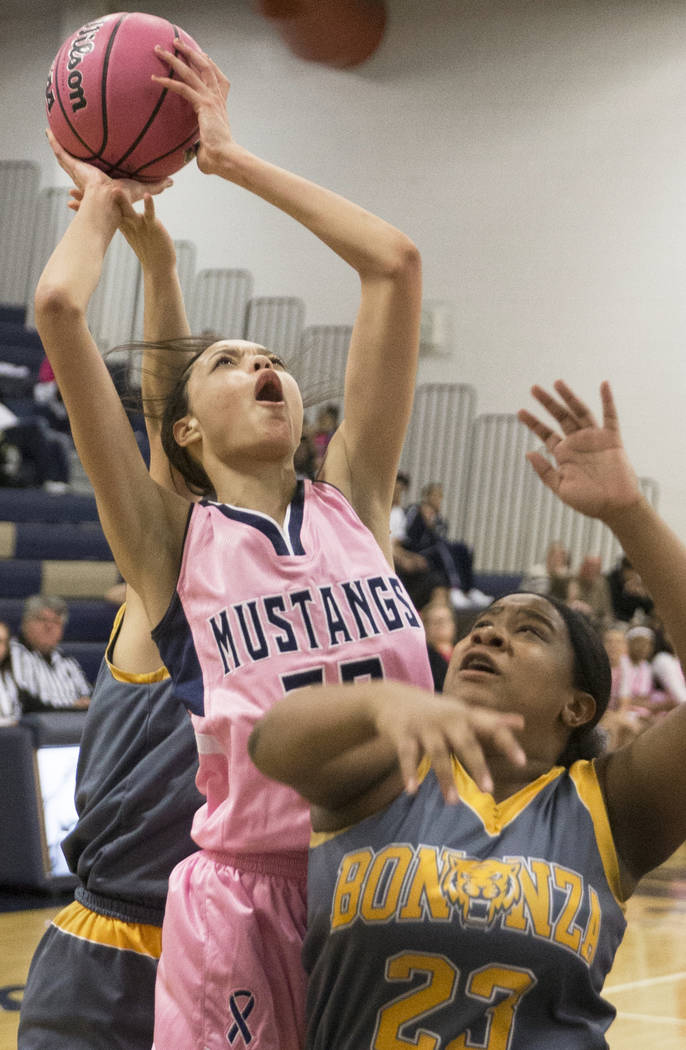 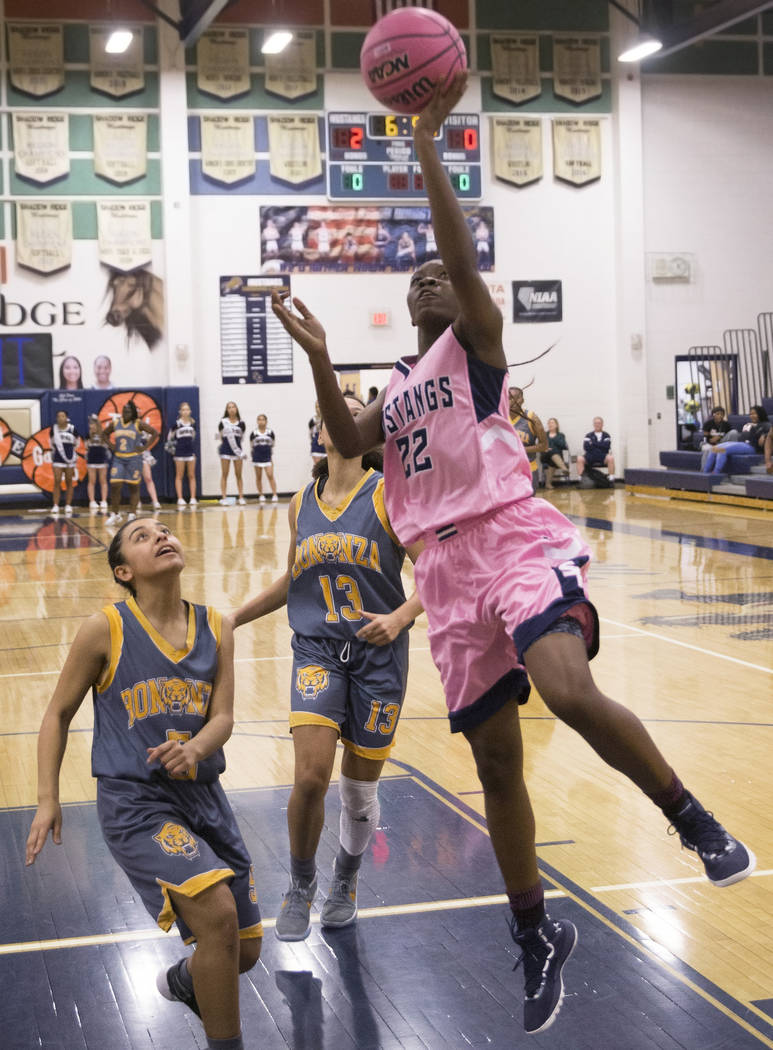 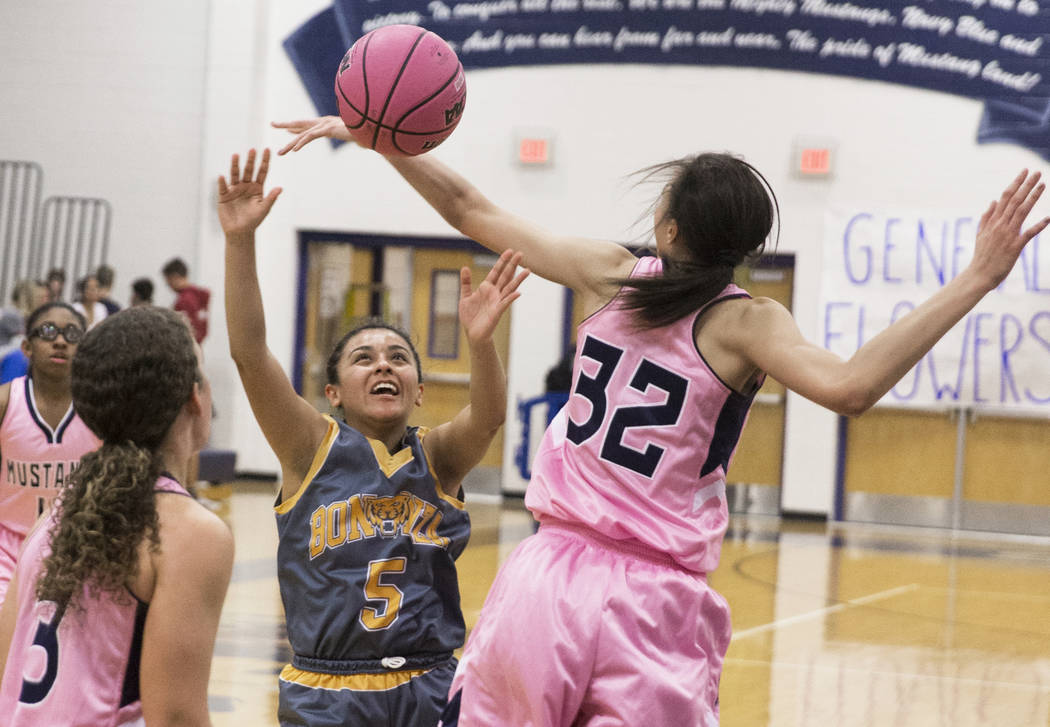 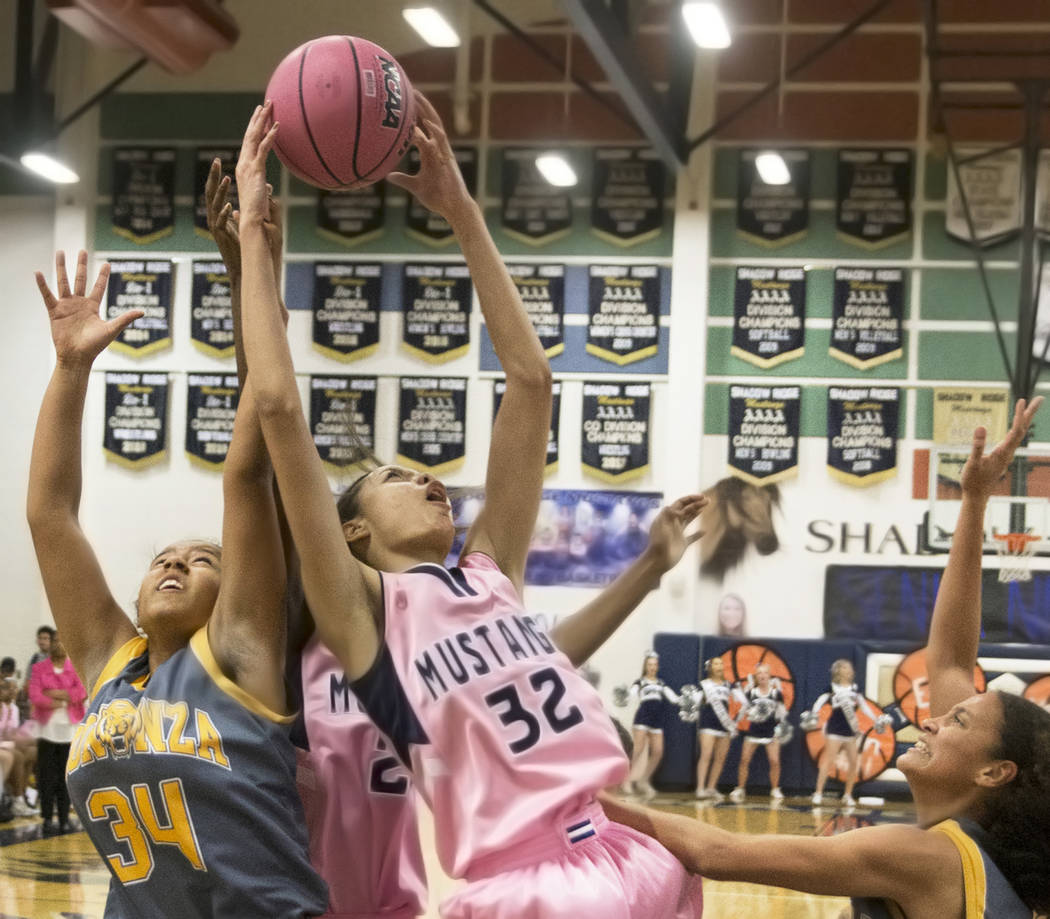 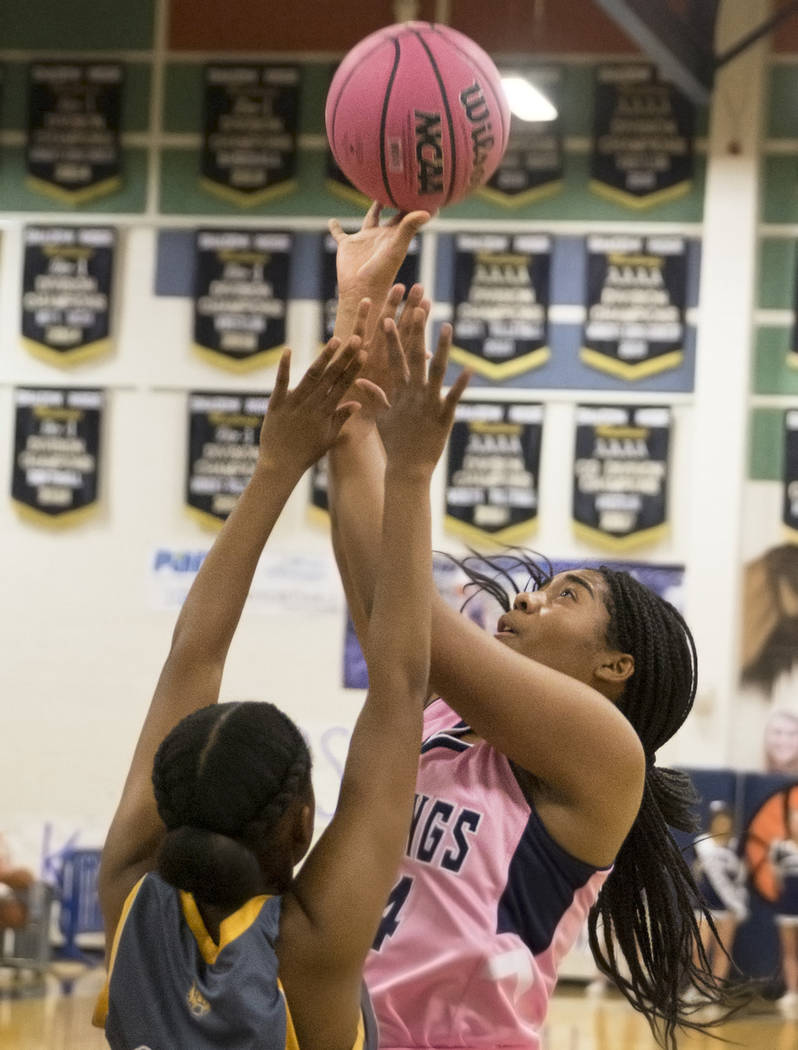 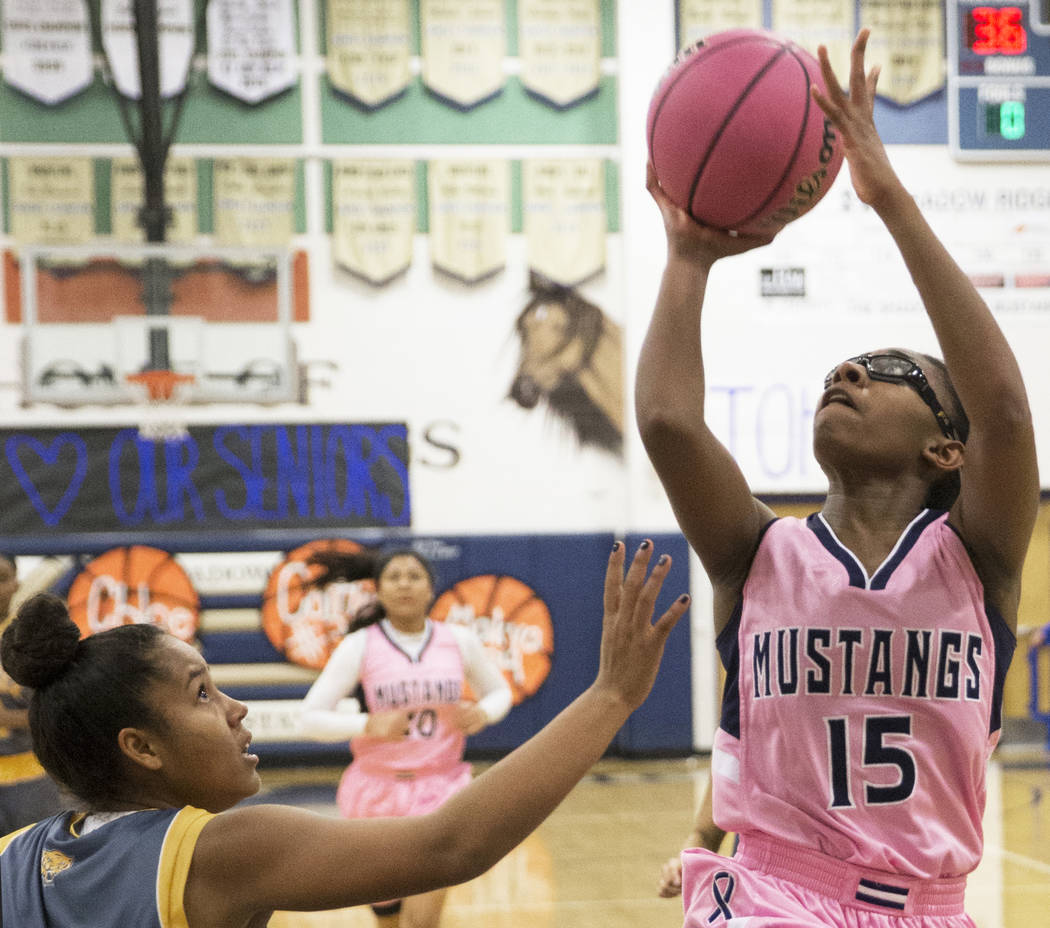 Shadow Ridge’s girls basketball team had never won more than 17 games in a season and only ever had two winning seasons in league play.

The Mustangs added to both totals Monday.

Behind a huge night from senior Vashay Young, Shadow Ridge cruised to a 63-40 home win over Bonanza, setting a school record with its 18th win and securing just the team’s third winning record — and first since 2007-08 — in league games.

“We’re making history for Shadow,” said Young, who finished with 25 points and seven rebounds. “It’s beautiful to see this. Nobody was expecting this, but we saw it coming. We weren’t going to allow ourselves to be at the bottom of the barrel.”

“We knew that we had to make a difference this year and that we had the team and talent to make that happen,” said Mustangs coach Dorothy Kendrick. “We needed to change the culture and the chemistry. Once we were able to do that and find the key components, they started to believe this was their year.”

“We’re playing from the heart this year,” Young said. “Last year we were just trying to get to know each other. This year has been amazing.”

Christina Thames added 12 points for the Mustangs, who have secured the Northwest League’s No. 3 seed for the Mountain Region playoffs.

“We did not like how we ended last year,” Kendrick said. “We didn’t want to relive history, we wanted to make history. These girls have wanted this more than ever, and each game, we grew.”