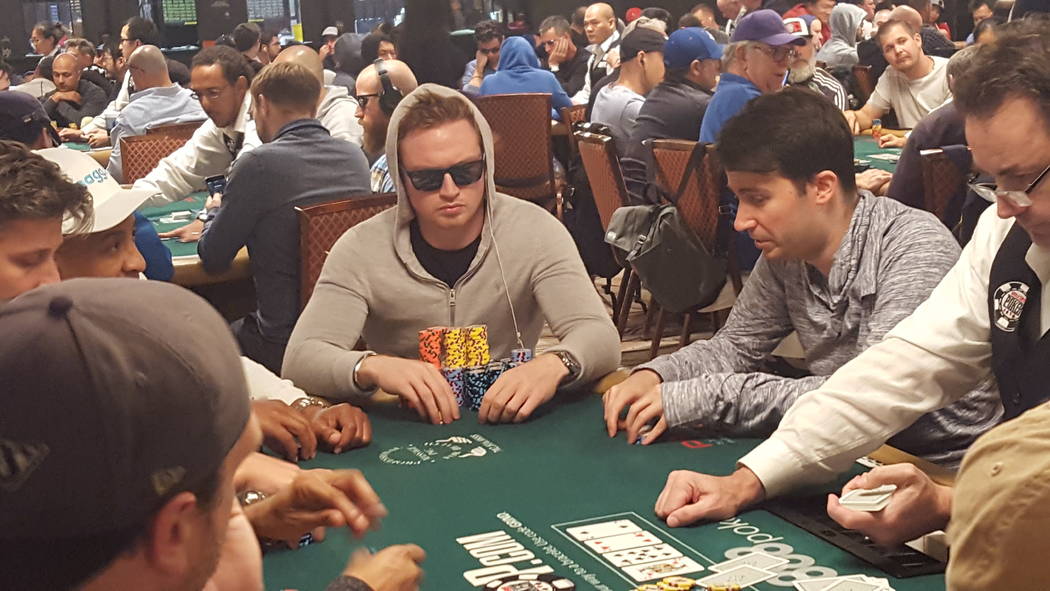 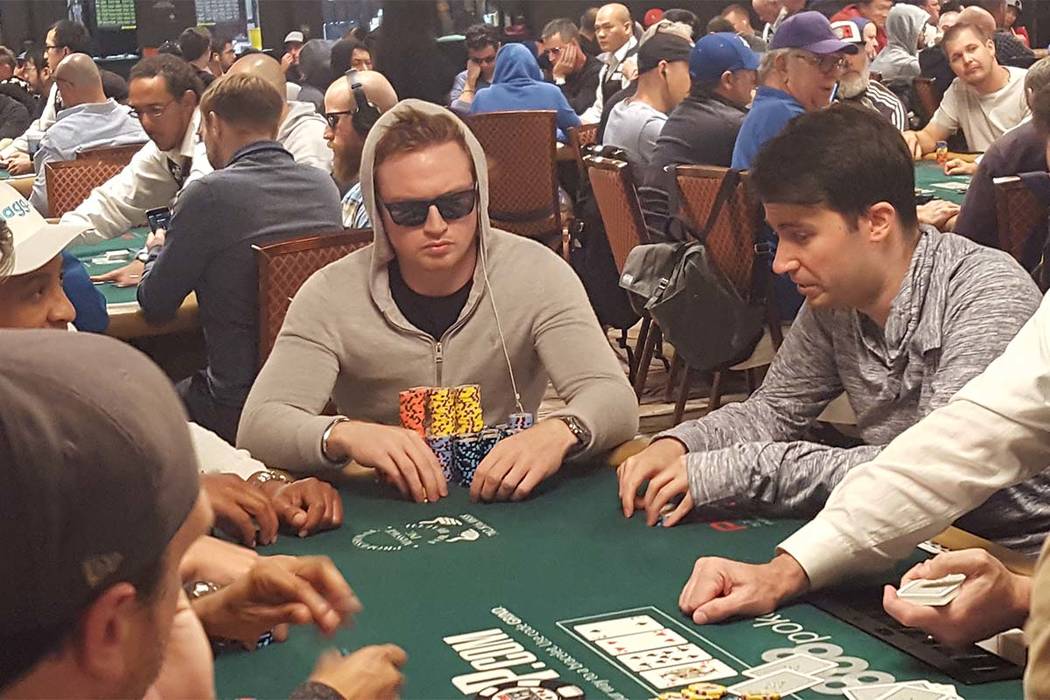 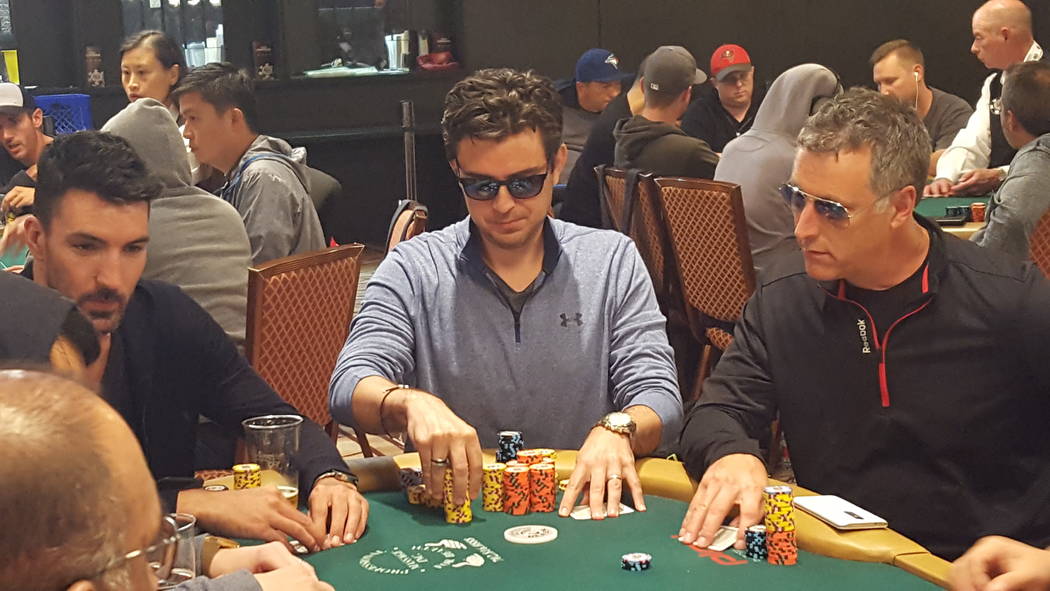 A casino rewards card was found on the ground late Tuesday evening as play in the World Series of Poker Main Event started to wind down.

“Is anybody at the table named Lawrence Bayley?”

Bayley quietly raised his hand and took the card from the player on his right.

And it didn’t take long for the rest of the room to learn Bayley’s name, either.

The professional poker player from London steamrolled through the final level of play at the Rio Convention Center and seized the overall chip lead in the $10,000 buy-in No-limit Texas Hold ’em World Championship.

Bayley bagged 618,000 chips to top all of the 1,023 players who survived play Tuesday. Mickey Craft of Elizabeth, West Virginia, finished as the Flight A leader with 608,100 chips.

Richard Gryko of Romford Essex, England, raked in an enormous pot on one of the final hands of the evening to eliminate an opponent and jump into third place (564,800).

The Main Event continues at 11 a.m. Wednesday at the Rio with Day 2C. All the remaining players are combined for Day 3 on Thursday as they chase the $8.15 million first prize.

“I got paid when I had nice hands basically,” Bayley told WSOP.com. “The structure is so amazing and I just look forward to idealizing my stack. I play deep a lot these days, and I just have to keep finding the right spots and make the most out of it.”

Bayley is a prolific online player with $143,403 in live tournament winnings, while Craft recently sold his roofing business and has spent the past two years traveling the tournament poker circuit.

Both are playing in their first Main Event.

Craft finished third in the $3,000 buy-in Limit Hold’em event for $69,789 but said that experience will not help him as the Main Event gets deeper.

Craft won a massive pot with aces against kings Tuesday afternoon and rode that momentum the rest of the way.

“These guys all play tough,” Craft said. “It was a roller coaster. It was just, the deck hit me right in the face.”

Qui Nguyen’s dream of going back-to-back in the Main Event is done.

Nguyen was at the feature table and got his chips in with the best hand against James Akenhead. But the British pro made a flush on the river to send Nguyen to the rail.

“Poker is cruel, but only sometimes,” he said. “Even if you play well, if you don’t get any luck, there’s nothing you can do. Everyone needs the luck to win. Even me.”