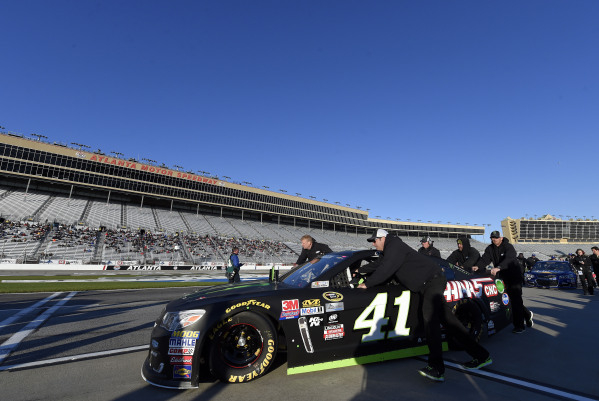 Three-time winner, the last in 2010; using Kentucky chassis that finished fifth at Charlotte.

2012 winner; looking to be sixth NASCAR driver to win two straight to start a season.

Sixth last season, career-best third in 2013; transition to Toyota is better than expected.

Note: This is the first of 11 races on 1.5-mile tracks this season.

* Results from the July 11 race at Kentucky Speedway, the lone race run on a 1.5-mile track using the new low downforce package that makes its 2016 debut at Atlanta.

Odds courtesy of the Westgate.

— Micah Roberts, a former Las Vegas sports book director, has been setting NASCAR odds since 1994. Follow him on Twitter @MicahRoberts7