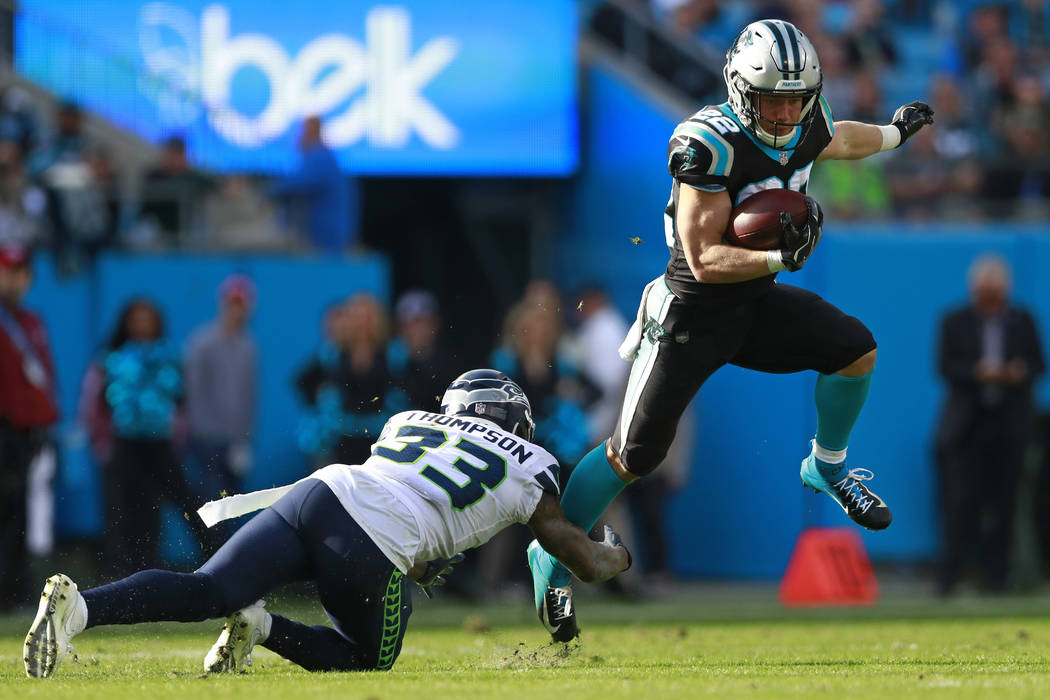 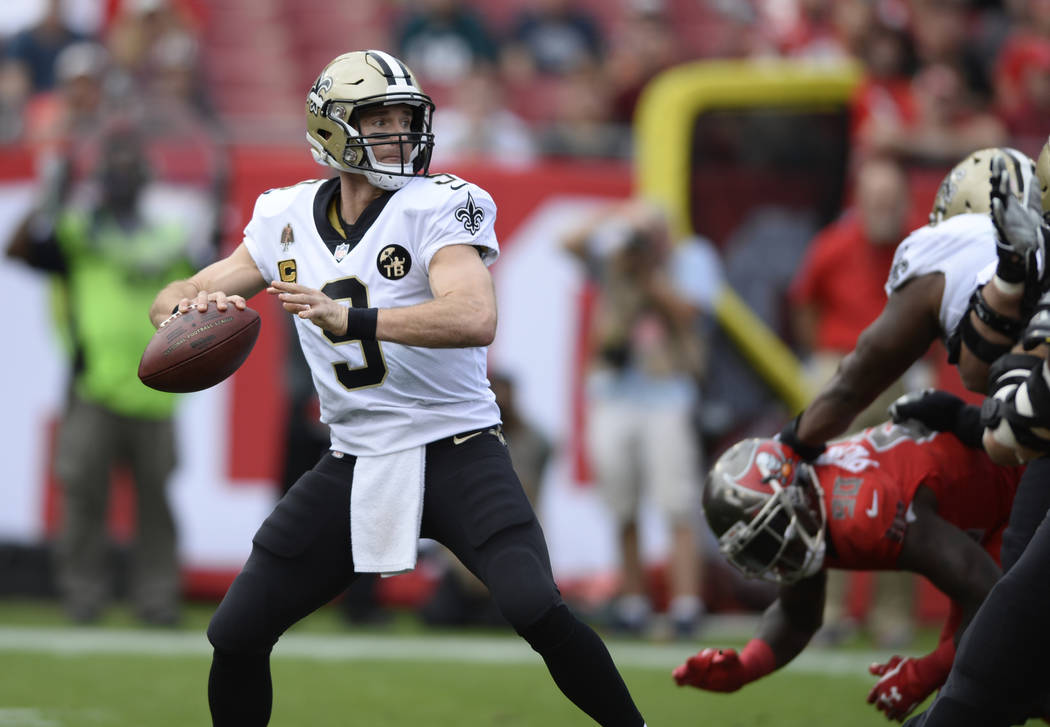 In this Sunday, Dec. 9, 2018 file photo, New Orleans Saints quarterback Drew Brees (9) throws a pass against the Tampa Bay Buccaneers during the first half of an NFL football game in Tampa, Fla. (AP Photo/Jason Behnken, File)

The consensus total is 50½ at Las Vegas sports books for the NFC South showdown in Charlotte, North Carolina after it opened as high as 54.

“Believe it or not — and it’s very unusual for a Monday night game and very unusual for a Saints game — but we need the over here,” The Mirage sports book director Jeff Stoneback said Monday afternoon. “We opened the total at 52½, it was as low as 49½ and it’s at 50 right now. Sharp money has driven it down.

“The game itself is not a real big decision for us.”

New Orleans is a consensus 6-point favorite over Carolina after the line opened as high as 7.

“The overall early action was clearly on the Panthers at plus 7 and plus 6½,” Sunset Station sports book director Chuck Esposito said. “The game seems to have settled in at 6, with some action on the Saints at 6.

“This is a much bigger game to the Panthers, especially with the Rams losing (Sunday).”

Esposito expects his book to need Carolina by kickoff. The Panthers are coming off a stretch of four road games in five weeks. They’ve been much better at home, going 5-1 straight up and 4-2 ATS.

The Saints are playing their third straight road game. They didn’t score a touchdown in the first half of their last two games: a 13-10 loss at Dallas and a 28-14 win at Tampa Bay in which New Orleans erased a 14-3 halftime deficit.

The Saints swept all three meetings with Carolina last year and have covered the last four games in Charlotte.