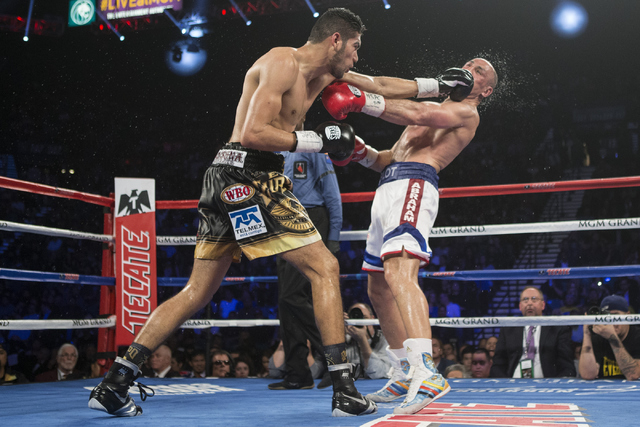 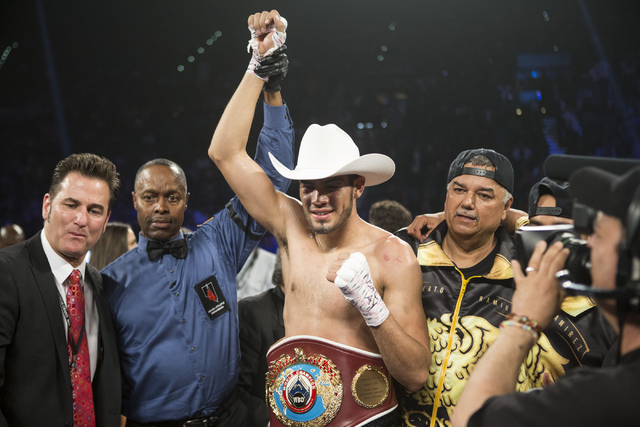 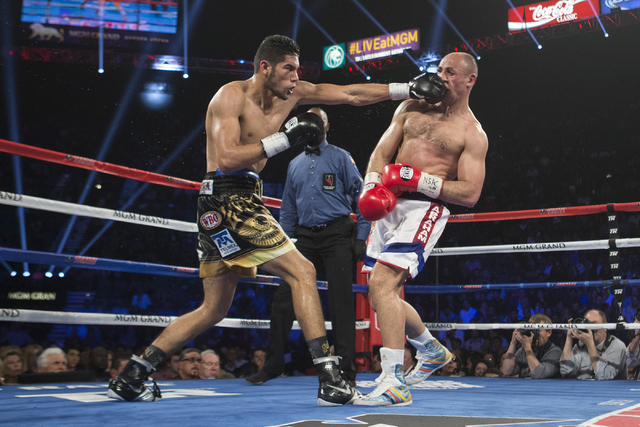 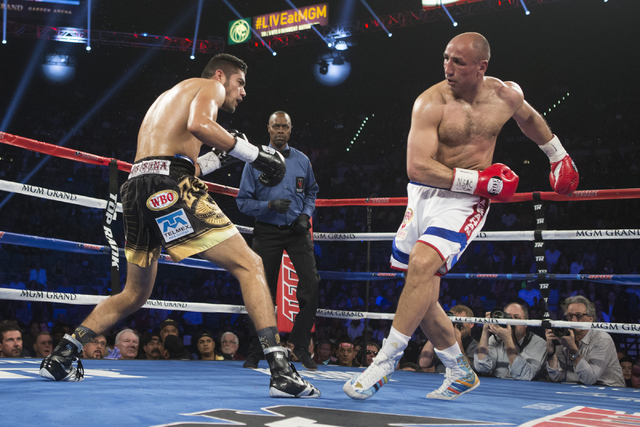 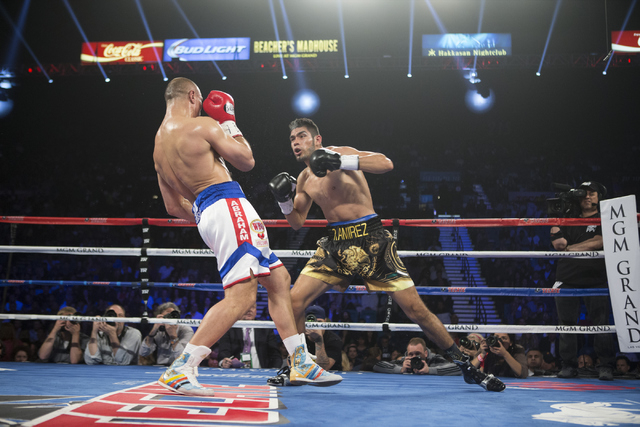 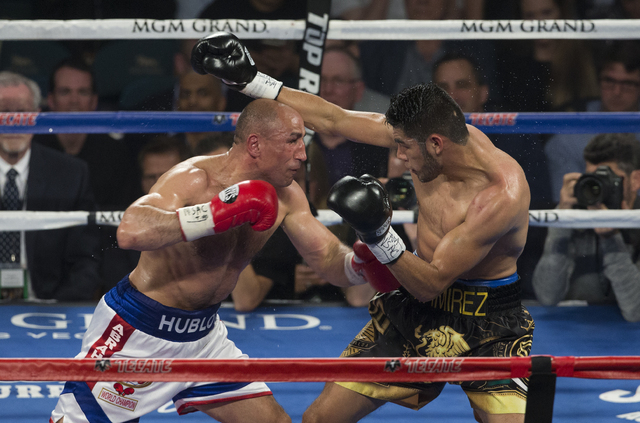 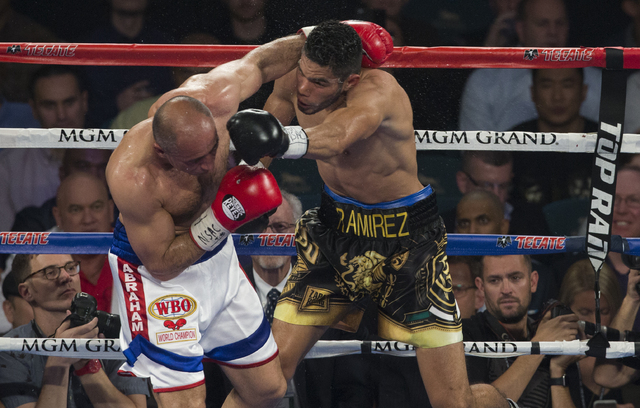 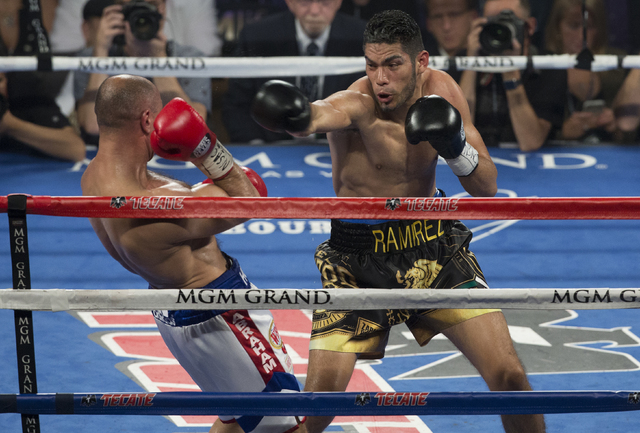 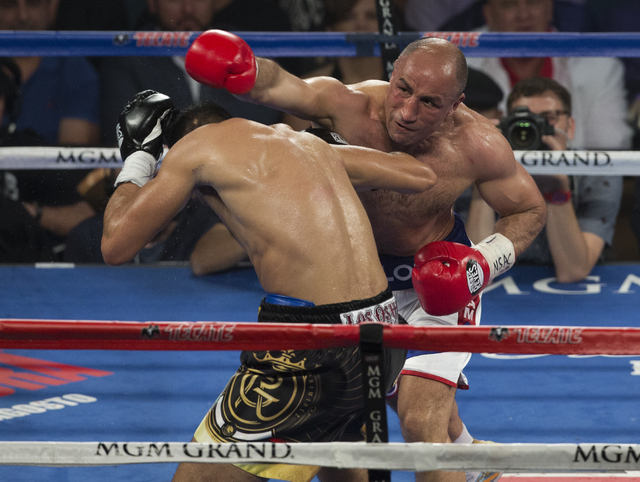 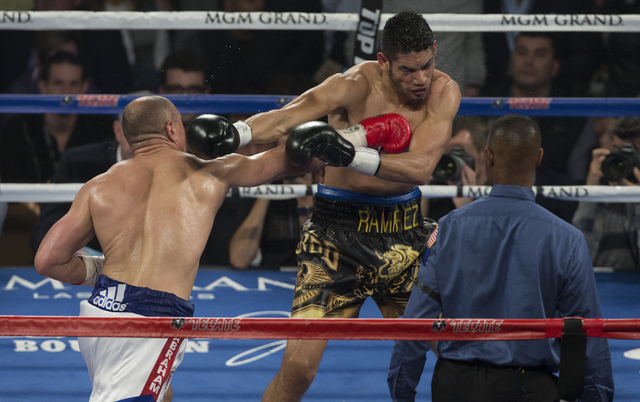 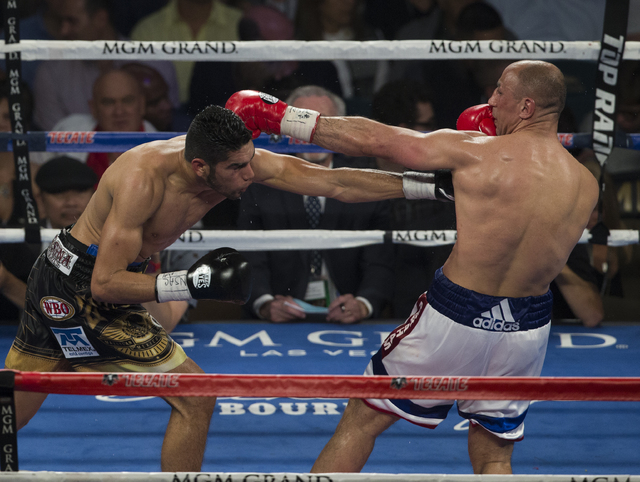 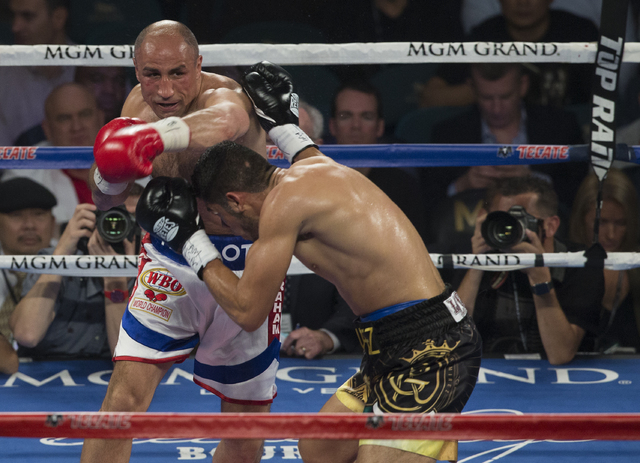 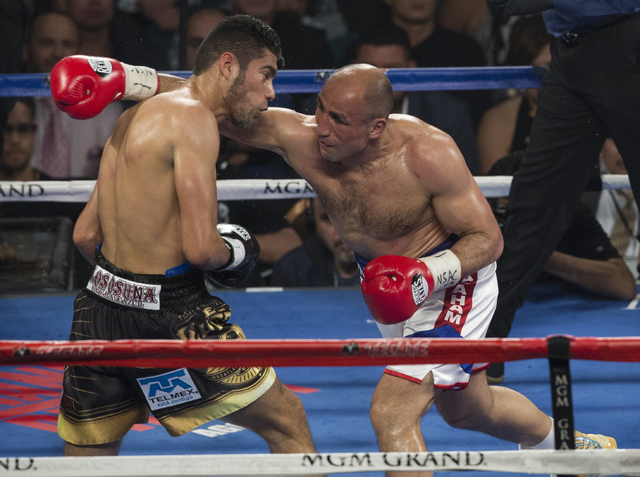 Bob Arum wanted to let his Latino boxers know he supported them by naming the Manny Pacquiao-Timothy Bradley Jr. III undercard the “No Trump Card.”

The Top Rank promoter’s intentions were also to take a jab at Donald Trump for his anti-immigration stance while displaying his next top prospects.

Gilberto Ramirez, Oscar Valdez and Jose Ramirez proved why Top Rank has invested so much in the Mexican fighters. All three boxers won their respective fights on Saturday at the MGM Grand Garden.

Ramirez (34-0) had no trouble against the Armenian boxer from Germany as the the three judges scored it 120-108.

Abraham (44-5), who hadn’t lost since 2013, couldn’t get his offense going against Ramirez’s long reach.

Valdez, the two-time Mexican Olympian, had arguably the best performance of the undercard.

The top featherweight prospect Valdez (19-0) knocked out Evgeny Gradovich with a powerful left hook in the fourth round.

Valdez’s could be in line to face the top featherweights in the division such as Vasyl Lomachenko.

“(Lomachenko) has a belt and he is proven and a gold medalist and a world champion,” Valdez said. “Both I’m also proven. I’ll let my team decide what’s next.”

The pay-per- iew undercard opened with Jose Ramirez defeating Manny Perez by unanimous decision in a 10-round junior welterweight match.

“The biggest win of my career,” Jose Ramirez said. “Perez is very short. I had to fight low and use my jab to get to him.”

Jose Ramirez (17-0), the Mexican-American from Avenal, California, has generated plenty of buzz in and outside the ring. He’s an advocate for farmworkers in central California.

With Pacquiao possibly stepping away from the ring, Arum will probably have no trouble finding his next star as the three Latino boxers from Saturday’s undercard continue to shine.

Local featherweight boxer Devin Haney put on a show in his hometown debut.

The 17-year-old prospect Haney easily defeated Rafael Vazquez by unanimous decision in a four-round bout during the Pacquiao-Bradley undercard.

Haney (5-0), who fought his previous four fights in Mexico, took control of the match in the third round with quick combinations and a punishing left hook.

“It was a great experience to have my hometown fans there to support me,” said Haney, who had a horde of friends and family members standing in section 13 of the arena.

Haney’s confidence picked up as the fight went on and his trainer’s traits were on display. Haney is trained by Floyd Mayweather Sr.