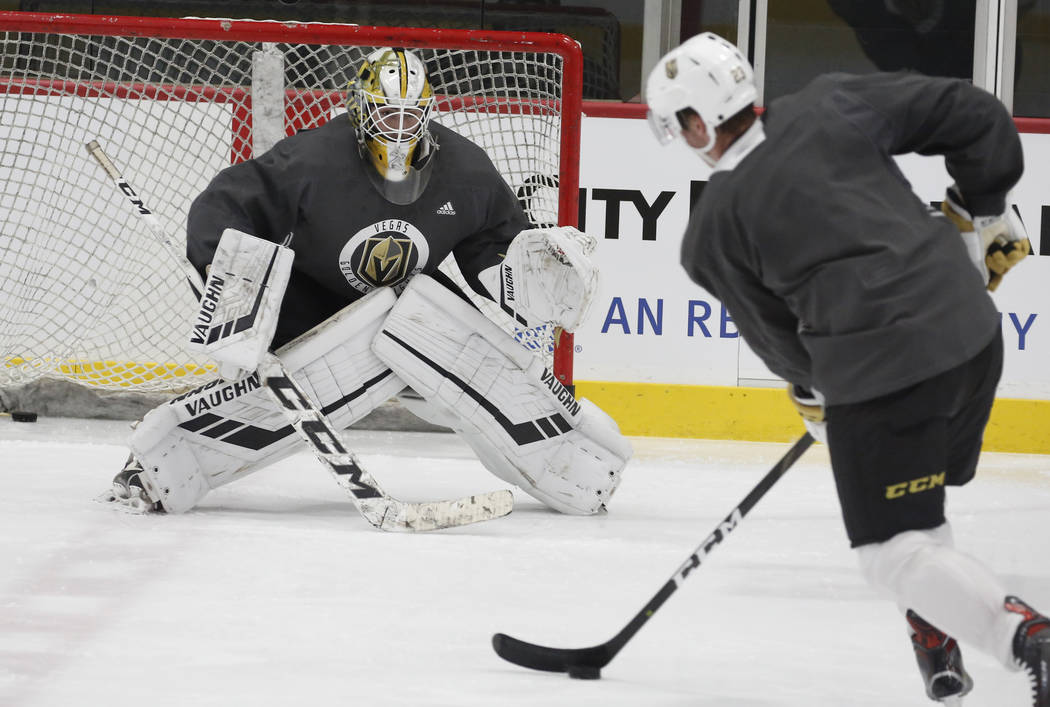 The Golden Knights raised the bar at their rookie camp this year, hosting a six-team tournament at City National Arena rather than scrimmaging against the Los Angeles Kings.

Count general manager George McPhee as a fan of the change.

“It’s everything we’ve wanted,” McPhee said this week. “It’s been very good hockey. The kids are enthusiastic, they’re playing hard. Our fans get this real up-close look at all these players in a smaller venue.”

The Vegas Rookie Faceoff, which started Saturday and ended Tuesday, involved Arizona, San Jose, Los Angeles, Anaheim, Colorado and the Knights, with each team playing three games. It provided a competitive atmosphere for prospects and was popular among fans, as tickets for all sessions sold out almost immediately.

“It was a fun tournament,” Knights prospect Gage Quinney said.

Quinney, a Las Vegas native, impressed in the event by scoring three goals in three games. He ended on a high note by scoring a goal and recording two assists in the team’s final game against the Kings.

“Great addition, he’s had a great camp so far and a tournament here, and so I think he’s excited to get to main camp and get an opportunity potentially in the NHL exhibition games to show what he has because he has made such a very good impression on everybody,” Rocky Thompson, the coach of the American Hockey League’s Chicago Wolves, said.

Also impressive was defenseman Nicolas Hague, a 2017 second-round pick, who had four goals.

The tournament will move to Anaheim next season, but after that McPhee wouldn’t mind having it back in Las Vegas.

“We’re all in one place,” McPhee said. “Scouts from around the league can come here. Our fans can watch it. This could be a very good tournament for a long time if we do it right. I hope it continues.”

Defenseman Shea Theodore doesn’t have a new deal with the Knights on the eve of training camp, but he’s hardly alone.

Theodore is one of nine restricted free agents who have yet to sign a contract, according to the website CapFriendly. If he does not sign by December 1 he will be ineligible this season.

“We’re going to keep working on this and hope we can reach a deal at some point,” McPhee said.

Jesus Lopez, the Spanish voice of the Knights, said he will call every home game this season. He called one game per homestand last season on ESPN Deportes 1460 AM.