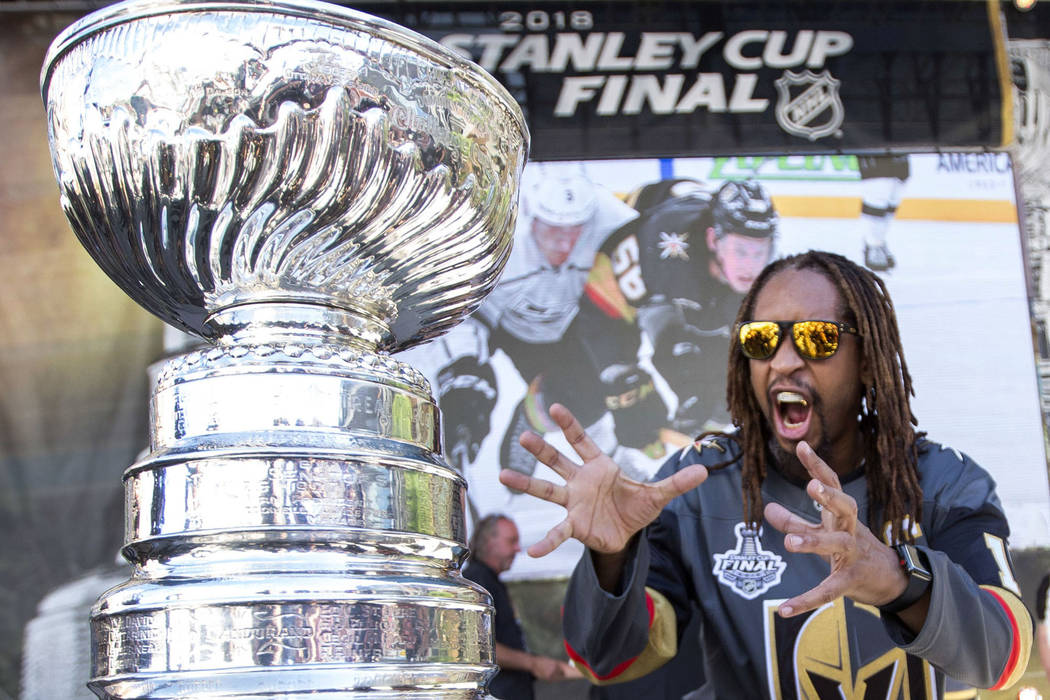 American rapper Lil Jon poses with the Stanley Cup before Game 1 of the NHL hockey Stanley Cup Finals between the Vegas Golden Knights and the Washington Capitals outside T-Mobile Arena in Las Vegas on Monday, May 28, 2018. Richard Brian Las Vegas Review-Journal @vegasphotograph 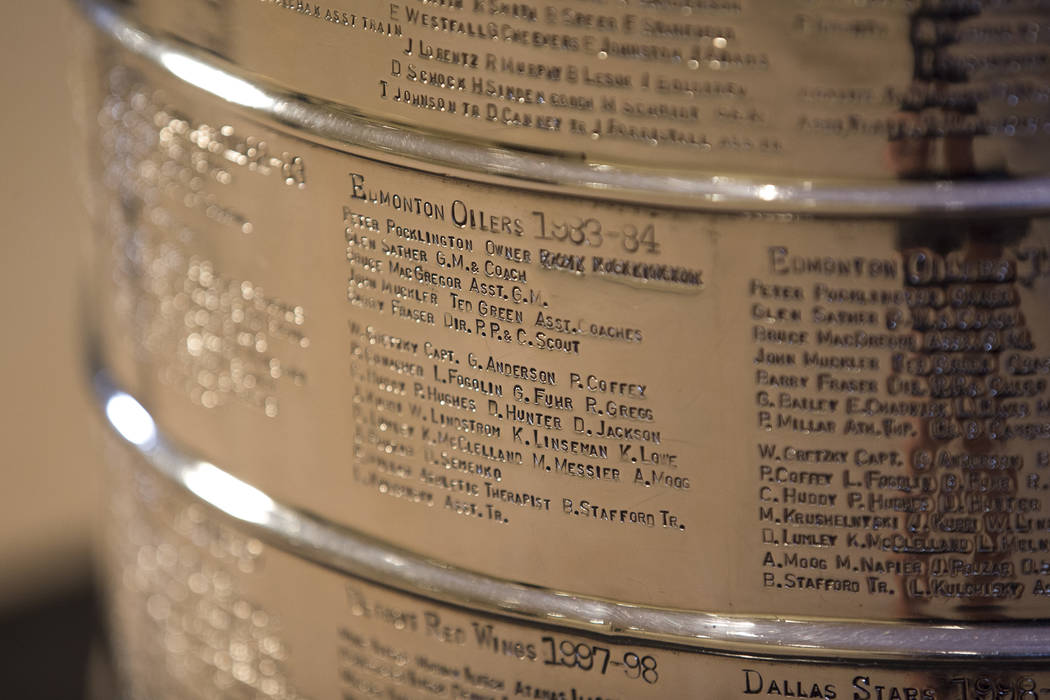 The engraving of the 1983-1984 Edmonton Oilers hockey team on the Stanley Cup on display at The Westin hotel in Las Vegas on Friday, April 6, 2018. Richard Brian Las Vegas Review-Journal @vegasphotograph 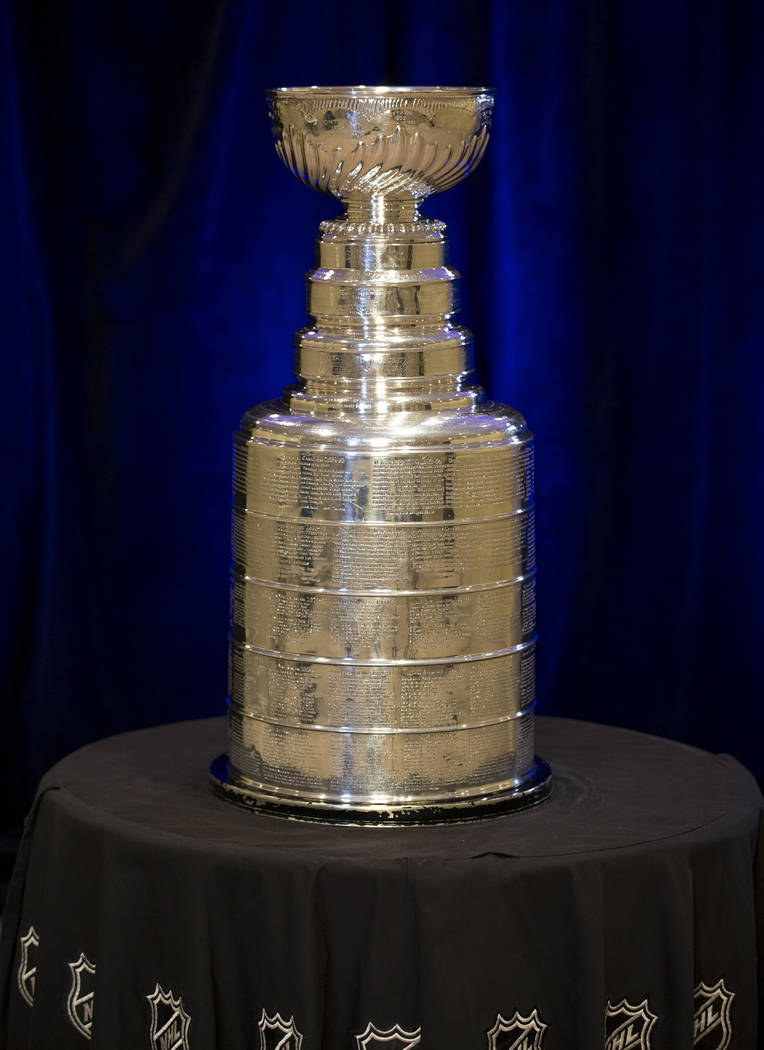 The world’s most prestigious champagne glass will make a stop in Las Vegas on Thursday, but it’ll be up to the Golden Knights if it says there.

The Stanley Cup, the 3-foot, 90-pound NHL championship trophy, has visited the city of plenty of times but has never made its home there since it was first awarded in 1893.

It’s never stayed long in Washington either, meaning the Cup will go to a new team for the first time since 2012 this season. The Golden Knights or the Capitals will also become the 19th active franchise (out of 31) to have hoisted the trophy.

Here are five other facts about the history, lore and traditions of the Stanley Cup before it gets awarded again:

The Cup gets its name from Lord Stanley of Preston, the former Governor General of Canada, who donated it as an award to the top amateur hockey team in the country. It was first given to Montreal HC in 1893. Its prestige kept growing though, and it became the de facto championship trophy of the NHL in 1926.

The winners of the Stanley Cup get their names engraved on the trophy’s rings each September to honor their achievement. Coaches, management and staff all get their names on the Cup along with players who appeared in 41 regular-season games for the champions or at least one Stanley Cup Final game.

There are five rings on the trophy and each can hold about 13 teams. When the bottom ring gets full, the top one is retired to the Hockey Hall of Fame and a new one is added.

There are many rituals associated with the Cup, such as each member of the winning team getting a victory lap with it on the ice after it has been clinched. Players will also often drink champagne from the top bowl after winning the title.

Then after the ceremonial victory parade, each member of the winning team gets a day with the Stanley Cup during the summer. Often times the players take it out to their local communities to show off so fans can take pictures with them and the Cup.

The Montreal Canadiens have won the Stanley Cup the most throughout the years, with 24 championships to their name. The Toronto Maple Leafs have the second-most titles with 13.

But despite those two teams’ historical might, no Canadian team has hoisted the Cup since Montreal’s last title in 1993.

The Blue Jackets, Wild, Jets and Coyotes don’t even have a Final appearance to their name.