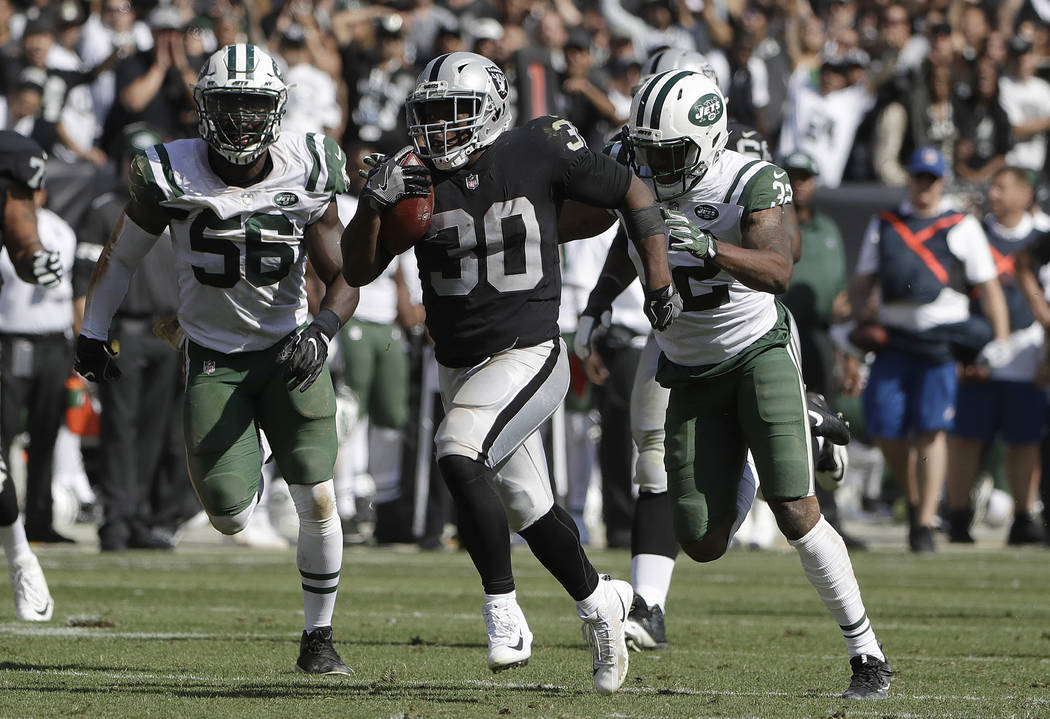 Oakland Raiders running back Jalen Richard (30) runs for a touchdown against the New York Jets during the second half of an NFL football game in Oakland, Calif., Sunday, Sept. 17, 2017. (AP Photo/Marcio Jose Sanchez)

The Raiders face the Washington Redskins on the road in Week 3 for the Sunday Night Football matchup.

Here’s what you need to know if you want to watch on TV in Las Vegas:

Other Week 3 games on television in Las Vegas: