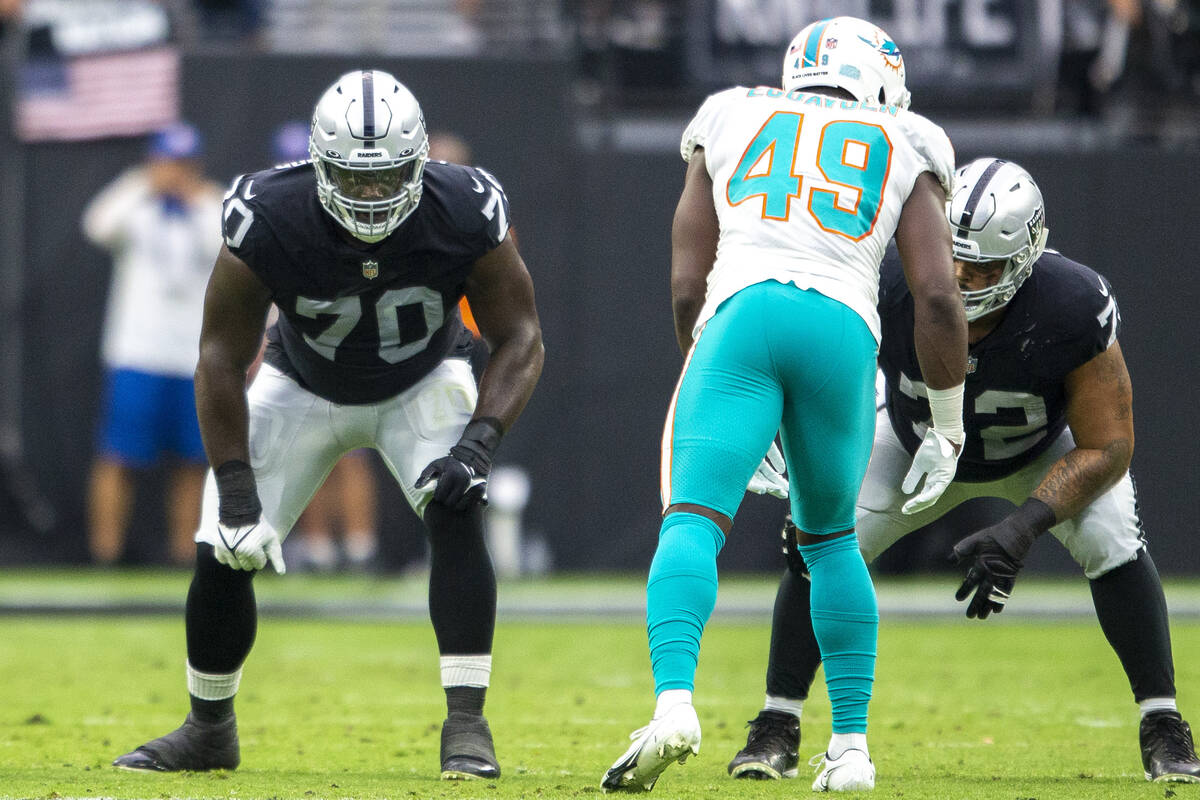 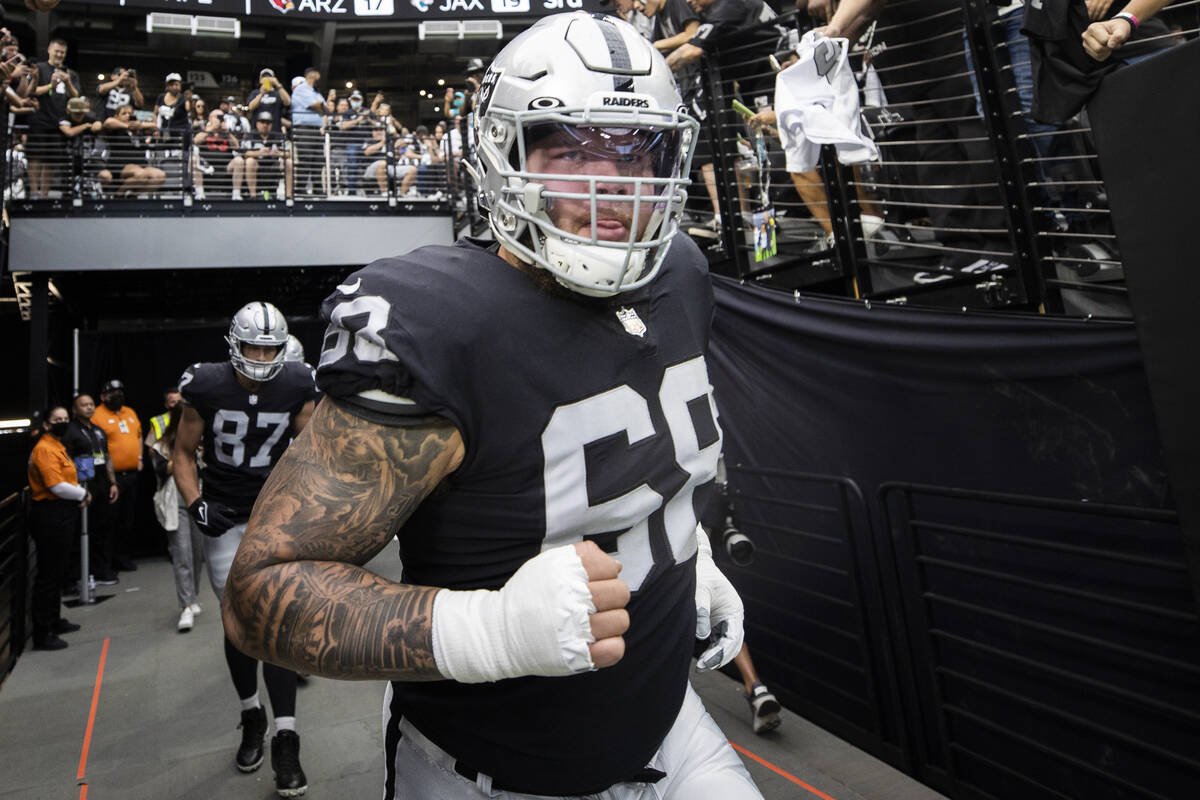 The line was the biggest area of concern for the Raiders’ offense entering the season. That hasn’t changed.

Despite the three-game winning streak to open the season, there are questions about the group tasked with protecting quarterback Derek Carr, who is off to a blazing start.

The reviews have been far more favorable for left tackle Kolton Miller and right guard Jermaine Eluemunor. Miller is ranked 21st among 74 tackles and Eluemunor 39th among 68 guards.

There are positive signs for the group, which appeared to wear down the Dolphins to the point the Raiders finally found a semblance of a running game in the second half on Sunday. Peyton Barber eclipsed 100 yards, including 91 after halftime.

“We’re getting there,” coach Jon Gruden said on Monday. “We need to put a complete performance together … we’ve had spurts where it’s been pretty doggone good and there’s been spurts where it needs to be better. But it’s a young group. … It’s going to take some time. Development doesn’t happen overnight, but we’re getting better.”

PFF gave Leatherwood his highest grade of the season on Sunday while noting he is still a work in progress.

“Leatherwood was beaten inside a couple of times in the run game, but the biggest issues remained as a pass blocker,” PFF wrote. “On one occasion he was knocked on his backside by a power rush and surrendered six total pressures from 36 pass-blocking snaps.”

While there seems to be a consensus that the line as a whole will only get better with time, especially if and when guard Richie Incognito can return from injured reserve, a more pressing concern may be some of the errant shotgun snaps from James.

Only two have fully gotten away from Carr, but several others have made him reach and disrupted the timing of the play.

“Those plays put the quarterback in serious jeopardy. Plus, it’s a horrific loss of yardage. So, we’ve got to do a better job, period. Andre knows it. We all know it, and we expect him to get better at it.”

Carr believes the snaps will get better with more time working together and joked he could have bailed James out if he could jump a little higher.

It’s easy for Carr to make light of the situation. He has thrown for more than 400 yards per game this season, by far the most in the league. While he has been sacked eight times, he has seen the progress up front.

“Out on an island with these freakish athletes on the edge that are that big, strong and fast, week in and week out, and they roll them through fresh, there’s going to be plays he wishes he had back,” Carr said Sunday. “When they drafted him, they told me that they have a guy that’s going to compete down in and down out. Good or bad doesn’t care, next play. And man, he was huge for us down the stretch in this game.

MOST READ: Raiders
1
Graney: Carr on Gruden — Love the man but not his words

5
Raiders mailbag: How much say will Carr have in the offense? 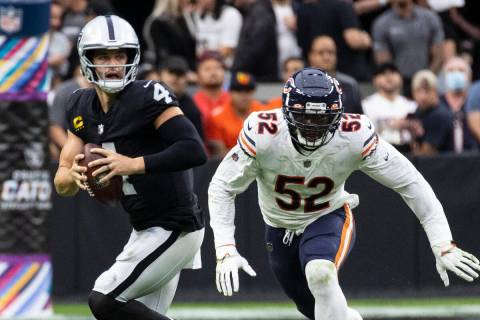 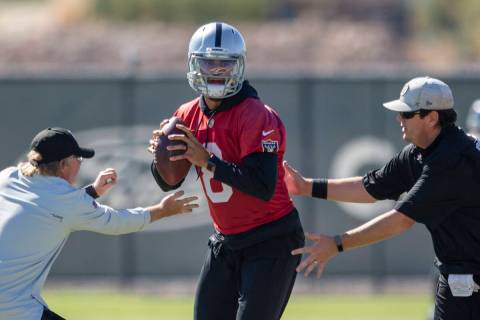 The backup quarterback has been practicing this week and could be activated before Sunday’s game against the Broncos for the first time since the season opener. 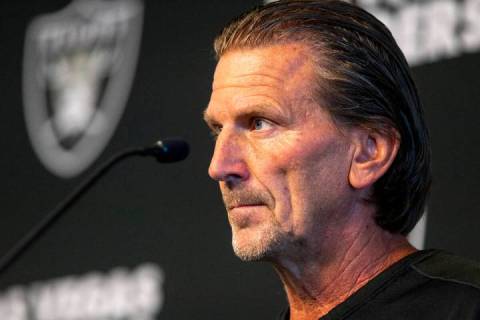 The resignation of Jon Gruden has thrust Greg Olson into the role of decision-maker rather than a sounding board. It is bound to change the Raiders’ offense in interesting ways. 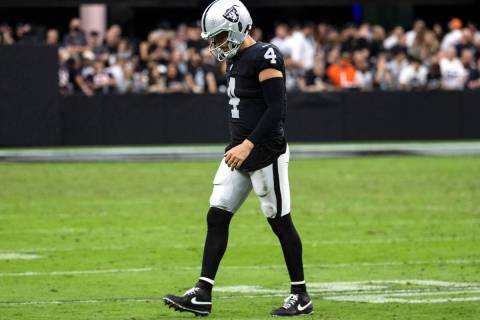 Raiders mailbag: How much say will Carr have in the offense?
By Vincent Bonsignore / RJ

After an eventful week for the Las Vegas Raiders, fans have plenty of questions. 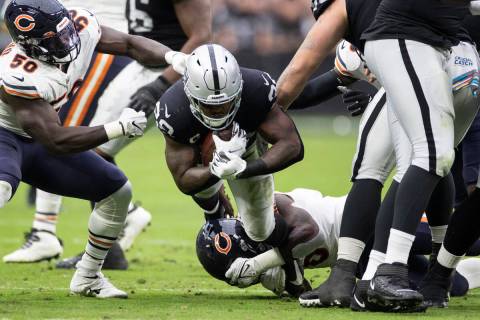 Raiders running back Josh Jacobs was a late addition to the injury report after participating in full Wednesday. 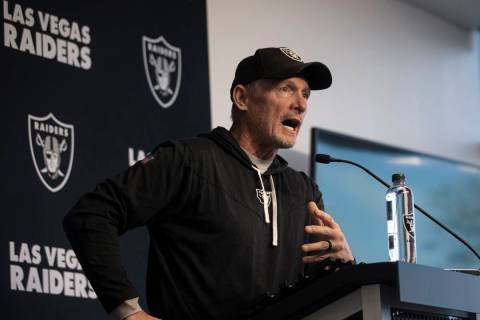 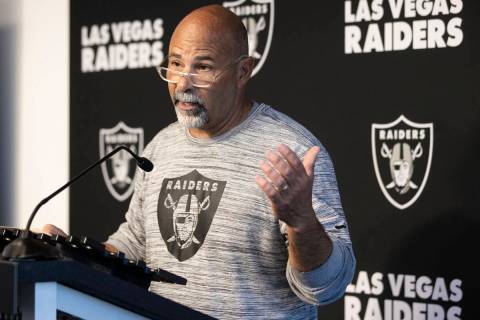 The 38-year coaching veteran feels he is up to the challenge of guiding the Raiders through turbulent times. 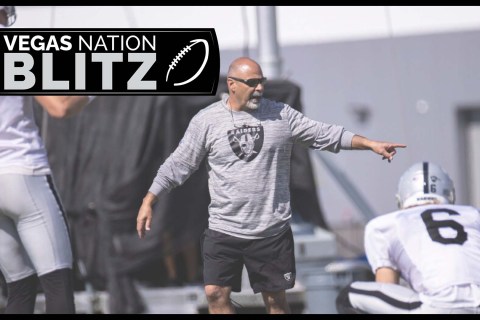 The Raiders are ready to move on with the season after Jon Gruden resigned as head coach.