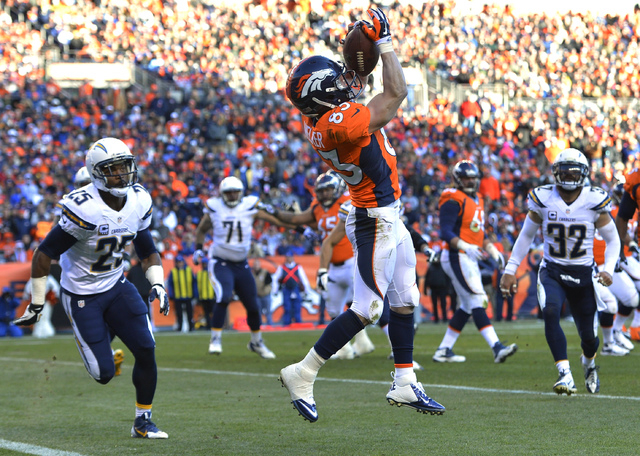 There are nearly 400 prop bets posted at Las Vegas sports books, including whether Denver’s Wes Welker will have more than 5½ receptions Sunday. In his past five games, Welker surpassed five catches once. (AP Photo/Jack Dempsey) 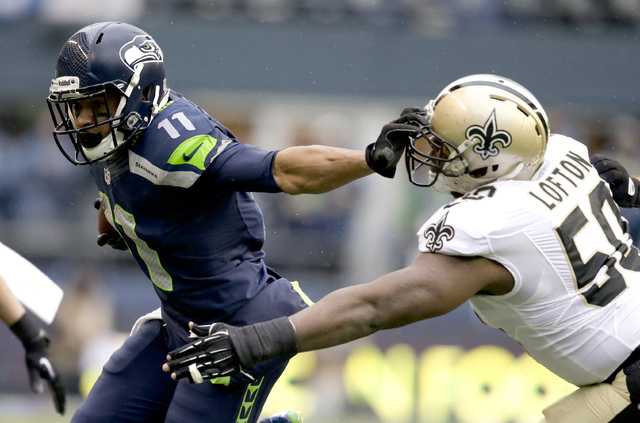 If the point spread is an accurate indicator, the Super Bowl won’t be a blowout and a bore. But a blowout is always possible.

The game is never boring, however, for those who jump into the deep pool of proposition wagers. Props and fantasy football are similar entities, and Peyton Manning is popular in both.

When it comes to prop bets, anything and everything is open for wagering, from the opening coin toss to the last score of the game, and each play in between. If it’s determined on the field of play Sunday, you can bet on it.

Manning and the Denver Broncos are 2½-point favorites over the Seattle Seahawks in Super Bowl XLVIII, and the total is 47. Both numbers indicate a close, low-scoring game is anticipated.

There are around 400 unique props posted at Las Vegas sports books. After hours of reading and numbers research — and applying a gut feeling to how the game might unfold — here are eight props to consider betting:

In five of 10 games in this postseason, there was a score in the first 6½ minutes, so this is lined at minus-110 as a 50 percent proposition. There appears to be no edge either way. But the Super Bowl is typically played conservatively in the early stages as both teams try to avoid making the first big mistake. The Seahawks do not have a quick-strike offense, and their dominant defense is unlikely to allow Manning to march down the field on the Broncos’ opening drive.

A margin of 14 points or more is common in NFL games, but with the line at 2½ and the total at 47, this one should be tight most of the way. The plus-price seems to be value. If the Broncos fall behind, Manning can be counted on to catch up. Seattle’s No. 1-ranked defense allowed 14.4 points per game in the regular season, so the odds are against the Seahawks trailing by two touchdowns.

Roll the dice on a long-shot prop, especially when the line on the game is in the neighborhood of a field goal. During this regular season, 38 of 256 games (14.8 percent) landed on 3. During the 25 seasons from 1988 through 2012, including the postseason, 15.7 percent of all games landed on 3. The math does not support a plus-330 payoff as a sharp bet, but this is basically a 3-point matchup on paper. Five of the past 12 Super Bowls were decided by 3 points, and two were decided by 4 points.

Some analysts foresee Harvin as a wild card in Seattle’s game plan. Because of injuries, the potentially explosive wide receiver touched the ball only twice in the regular season and four times in the playoffs. He has had three weeks to recover from a concussion. Harvin improves the offense by just being on the field, even as a decoy receiver, so why hand him the ball in a running situation and risk another injury? The line looks out of whack.

Wilson has been in a funk, but with Harvin returning against Denver’s 27th-ranked pass defense, he’s due to put up better numbers. Wilson completed 15 or more passes in 10 regular-season games and had 16 completions against a strong San Francisco defense in the NFC title game. If inclement weather is not a major issue — and the bet here is it won’t be — Wilson will be within striking distance of this total in the fourth quarter.

A co-worker recommends this, and it makes sense. In Welker’s past five games, he had more than five receptions only once. The Seahawks’ big, physical defensive backs are a tough matchup for a little slot receiver. Welker will get jammed at the line, slowing his break into routes and throwing off his timing with Manning on the quick throws.

■ Will Manning throw a touchdown pass in the third quarter? (Yes, +165)

The final two plays are connected, and the bet is Manning will pass for at least one touchdown in the second half. He threw for 55 touchdowns in the regular season and, including the playoffs, had at least two touchdown passes in 17 of 18 games this season. The plus-price prop on the third quarter makes this gamble worthwhile.

■ Will Manning throw a touchdown pass in the fourth quarter? (Yes, -110)

If Manning gets shut out in the third quarter, this is another shot to essentially break even on the final two props. Manning is a master at adjusting to defenses, so he should have the Seahawks figured out by the second half.