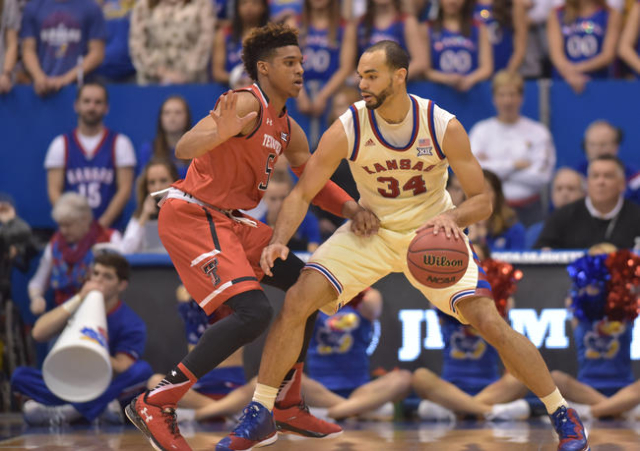 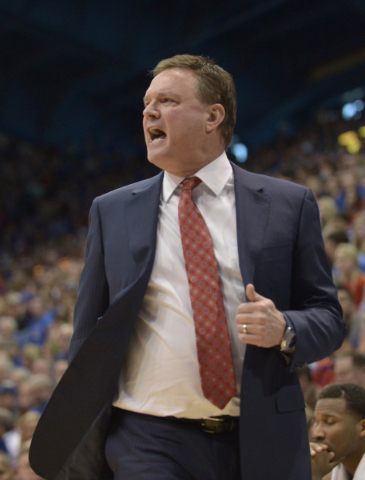 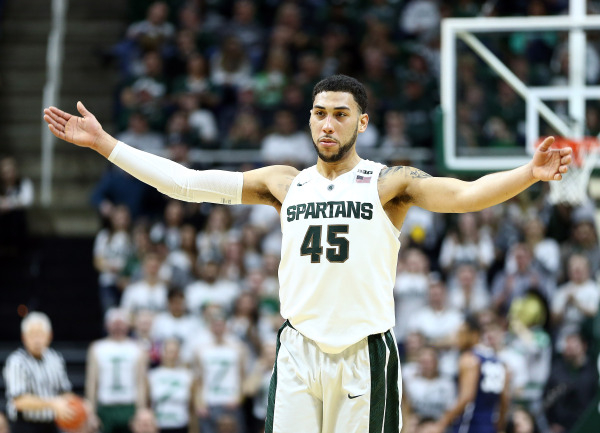 After four months of changes at the top, the votes are in and the Oscar for the best college basketball team goes to Kansas. The acceptance speech will be made by coach Bill Self.

That’s not how this process works, obviously. The most entertaining event in the world of sports, the NCAA Tournament, decides the champion. But as of today, the Jayhawks are the No. 1 team in the nation and the favorites to be the top overall seed in the tournament, which promises to be as wide open and wild as ever.

No futures ticket can be cashed until April 4. Between now and then, the trip could be as unpredictable as Hunter S. Thompson’s ride with the Hell’s Angels. March is always a month for memorable upsets, and that should be especially true this year.

William Hill sports book director Nick Bogdanovich, a former college basketball player, said he sees as many as 34 teams with a legitimate shot to reach the Final Four.

“That’s a pretty big number,” Bogdanovich said. “I think there are 16 teams that could win it all and another 18 that could get to the Final Four.”

There is no dominant team, unlike last year, when Kentucky rolled into the tournament with a spotless record. Kansas (25-4) has earned the favorite’s role by reeling off a nine-game win streak to claim at least a share of its 12th consecutive Big 12 Conference title. But the Jayhawks also showed their vulnerability in January by suffering three double-digit losses in a 14-day span.

“There has been a revolving door at No. 1 all season,” Bogdanovich said.

Michigan State, North Carolina, Oklahoma and Villanova each enjoyed shining moments at No. 1. Of that foursome, only the Spartans have not lost in the past week.

The Sooners, surging in January while hotshot senior guard Buddy Hield resembled the college version of Stephen Curry, have six losses in Big 12 play. If Hield is not the Player of the Year, it’s Michigan State senior Denzel Valentine, a triple-double threat every time he steps on the floor.

The Spartans (24-5) have won eight of their past nine games, with the loss by one point in overtime at Purdue. Tom Izzo is a coach who knows the road map to Final Fours.

“Almost any year, a team could slip through, but there’s a whole bunch of teams that can make some noise this year,” said Bruce Marshall, handicapper for The Gold Sheet. “There are teams that can make a run for the Sweet 16. But it’s probably going to be a very familiar Final Four.”

Marshall mentioned Alabama-Birmingham, Arkansas-Little Rock, Connecticut, Seton Hall, Tulsa and Wisconsin as teams that could slip through to the Sweet 16.

Bogdanovich’s list of 34 contenders excludes Louisville and Southern Methodist, teams that would be capable of Final Four runs. But, Rick Pitino and Larry Brown will sit this one out, banned from the postseason.

It’s no secret Kansas and Michigan State — each at 6-1 to 7-1 odds — have attracted plenty of admirers. The trick for bettors who play the futures board is to search for other teams that offer value at higher odds.

Sometimes, it’s better to wait for the NCAA Tournament brackets to be unveiled before betting futures. But, with Selection Sunday looming in two weeks, here are six potential sleeper teams (with the best odds available at the Westgate and William Hill books):

Arizona (30-1) — Sean Miller has not coached a team to the Final Four, and it’s not expected to happen this year, either. But the Wildcats (22-7) could slip through with a fortunate draw. Arizona has good guards — Allonzo Trier and Gabe York — and a strong front line with 6-foot-9-inch Ryan Anderson and 7-footers Kaleb Tarczewski and Dusan Ristic.

Texas (100-1) — There is a chance senior center Cameron Ridley, out since late December with a broken foot, could return for the postseason. The Longhorns, off a 76-63 victory over Oklahoma, are heating up for coach Shaka Smart. Texas is a 1½-point home ‘dog to Kansas on Monday.

Utah (200-1) — These surprisingly high odds, offered at the Westgate, will disappear soon. The other Coach K is Larry Krystkowiak, and his Utes (23-7) defend, rebound and win with toughness. They also have a dominant 7-footer, Jakob Poeltl.

“I put Utah in the category that could win it,” Bogdanovich said. “It’s a team peaking at the right time, and they play that style that is perfect for the tournament.”

Virginia (18-1) — Technically, the Cavaliers (22-6) are not sleepers, but they do offer value at odds of 15-1 or higher. Virginia’s defense presents problems for all opponents. Tony Bennett is a coach who can win big games in March, and senior guard Malcolm Brogdon is one of the top players in the nation.

Wichita State (100-1) — The Shockers (23-7) check almost all of the boxes. Gregg Marshall is a great coach. Ron Baker and Fred VanVleet are senior guards with Final Four experience. The only issue is an undersized front line.

“That’s the one mid-major team that I think can cut the nets down,” Bogdanovich said, “and I’m not counting Xavier as a mid-major.”

Xavier (20-1) — Four days after beating then-No. 1 Villanova, the Musketeers were blown out Sunday at Seton Hall. But that’s irrelevant. What matters is Xavier has the coaching, guards and toughness required to make a run in March.

— Las Vegas Review-Journal sports betting columnist Matt Youmans can be reached at myoumans@reviewjournal.com or 702-387-2907. He co-hosts “The Las Vegas Sportsline” weekdays at 2 p.m. on ESPN Radio (1100 AM). Follow him on Twitter: @mattyoumans247