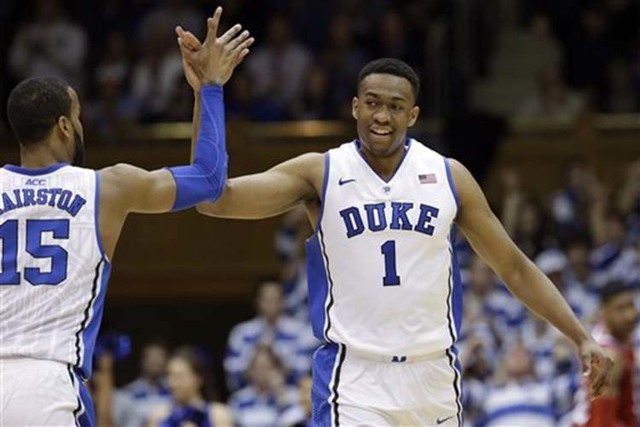 It was December when Kobe Bryant last made a cameo appearance, and when Pau Gasol has suited up lately, he actually wore a suit. The Los Angeles Lakers are rebuilding with replacement players, and the timing is perfect.

With this summer’s NBA Draft seemingly loaded with future stars, it’s the right time to be a loser and get in line for the lottery. Not that any teams are really doing that (wink, wink).

The final two months of the regular season could create an intriguing race for the league’s worst record, because for teams out of the playoff picture, it’s better to be bad.

And making an effort to lose — also known as tanking games — is not a novel idea in the NBA, although new commissioner Adam Silver is pretending to be oblivious to the whole deal. Just as the old commissioner, David Stern, was unaware of referees fixing games.

“There’s absolutely no evidence that any team in the NBA has ever lost a single game, or certainly in the time that I’ve been in the league, on purpose,” Silver said at an All-Star break news conference that could have passed as a “Saturday Night Live” skit.

Sure, no funny business ever goes down in the NBA, which sometimes appears as authentic as pro wrestling, especially when Joey Crawford is running with a whistle.

But everyone who bets should be aware of the possibility of teams tanking games, especially this season, when some teams already are in the tank.

“I know the players on the court are not going out there to lose games, but the coaches might put some different lineups out there and play end-of-the-bench guys for 35 minutes,” LVH oddsmaker Jeff Sherman said. “I think that will happen. What incentive is there at the end of the year for teams to put their top five guys out on the floor for 40 minutes? (Silver) has got a different definition of it.”

There are various ways to tank. The Philadelphia 76ers made two deals to beat Thursday’s trade deadline, sending forward Evan Turner to Indiana and center Spencer Hawes to Cleveland. Philadelphia (15-40) has the second-worst record in the league and intends to stay in the basement.

“The Sixers are trying to get rid of some players to try to assure they don’t win games,” Sherman said.

“To me, Philadelphia, Boston and Orlando are the three hardest teams to handicap, especially Boston and Orlando,” Sportsmemo.com handicapper Erin Rynning said. “In the back of your mind, you know they’re not playing for this year. It enters your mind, and it’s going to be a tough proposition down the stretch. You have to kind of watch things carefully. You probably don’t call it tanking, but I don’t know how else to describe it.”

The Lakers, who have lost eight straight home games, might get Gasol back from a groin injury when they host the Celtics today. Unable to trade Gasol, the Lakers did ship point guard Steve Blake up the coast to Golden State. Bryant has been out since Dec. 17 with a fractured left knee.

“The Lakers have no chance at the playoffs, so it makes no sense for Kobe to play,” Rynning said. “Who knows where they go from here?”

It’s not quite the NFL of 1987 — when replacement players filled the rosters of the Chicago Spare Bears, Seattle Sea-Scabs and San Francisco Phoney-Niners — but the Los Angeles Fakers is a fitting nickname.

“I think what we’re seeing in the league right now is there’s no question that several teams are rebuilding toward the future,” Silver said. “If there was any indication whatsoever that players or coaches somehow were not doing their absolute most to win a game, we would be all over that. But I don’t believe for a second that’s what’s going on.”

Believe it, because it is happening and will happen the next two months.

There are whispers that Parker might opt to stay in school. But if he does and gets injured, he would be a fool. Embiid and Exum have just as many NBA scouts excited.

“I’m not sold on Embiid. The center position is almost meaningless now anyway. It’s a guards’ league,” Sherman said. “If I had the No. 1 pick, I would go with Parker.”

The top prize, in my estimation, also is Parker. And wouldn’t it be funny if he landed with the Lakers? But there should be plenty of franchise players available, and plenty of reasons for teams to tank.

NBA bettors will be looking to win by playing against the teams looking to lose.