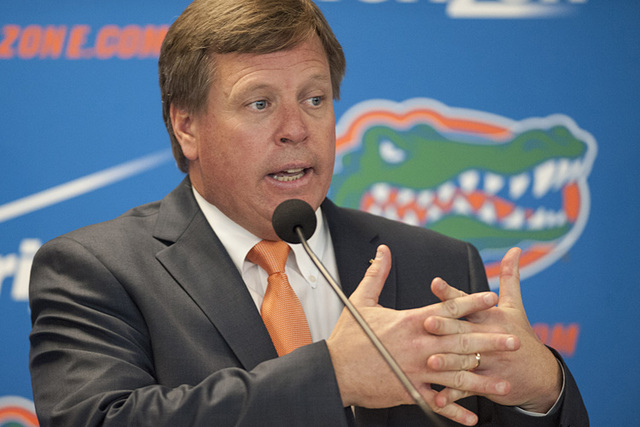 Thirty-eight bowl games are on the schedule, and picking winners might be tougher than making Nick Saban smile. The Alabama coach is absolutely great at what he does, which is frown all the time and win a lot of football games.

Two weeks from today, we will know if Saban will be leading the Crimson Tide into the 39th and final bowl. On Saturday, the bowl season kicks off with five games. Some will say all five are meaningless.

But bettors never say that, and neither do bookmakers, because every game means something when there is money on the line.

The bowls are full of question marks and often more difficult to handicap than a swimsuit competition between Kaley Cuoco and Kate Upton (and you can’t choose both sides.)

“It’s better to be on the side of the bookmaker in the bowl season,” said Nick Bogdanovich, William Hill sports book director. “It’s really sort of a crapshoot. There are so many variables.”

There are player injuries and suspensions, strange matchups in odd locales, and too much time off between games for most teams. There also are coaching changes to consider, and that’s a segue to the Las Vegas Bowl.

Colorado State (10-2) and Utah (8-4) collide Saturday at Sam Boyd Stadium, where Brent Musburger will call the game for ABC. Musburger makes every game feel like a big one, and he’s not afraid to make references to the betting lines.

The Utes are 3-point favorites, and the total is 57½ to 58. For some mysterious reason, the line has dipped from 4½, reflecting support for the underdog Rams out of the Mountain West.

Colorado State was too good this season to keep its coach. Jim McElwain was bought by Florida and ditched his team before the bowl, leaving his former players disappointed. How much of a factor is that? It’s the big question mark facing handicappers.

“When any coach leaves abruptly, that team takes a hit,” Westgate Las Vegas sports book director Jay Kornegay said. “The line is dropping, and I don’t know why. On the other side of it, I think Utah had aspirations of being in a bigger bowl.”

The Utes’ coach, Kyle Whittingham, is not Saban but is about as good as it gets. Even if his players had bigger dreams, Whittingham will have them ready to play in Las Vegas.

It’s impossible to know if the Rams will be the same without McElwain. Kornegay, a Colorado State graduate, has some doubts.

“When I first looked at the game, I didn’t put much into McElwain leaving, and maybe gave Utah a half-point increase because of it,” said Micah Roberts, an analyst for “The Linemakers” on SportingNews.com and a former book director. “But that was before I talked with Kornegay, who watched the announcement live and said the Colorado State players were heartbroken. Kornegay said the coaching change to him was worth almost three points.

“Utah is rated about one point higher on a neutral field, and you’re going to have a very pro-Utes crowd here, so you can make a case that Utah should be closer to minus-5.”

Garrett Grayson gives the Rams an edge at quarterback. He has passed for 3,779 yards and 32 touchdowns with six interceptions. He also has Rashard Higgins, one of the nation’s top wide receivers. But will Grayson be the same without McElwain on the sideline? And he’s facing a Utah defense that led the nation with 52 sacks.

“I like the Utes’ defense to play well because I think they will disrupt what Colorado State does best, passing the ball with Grayson to his main man Higgins,” said Roberts, who is siding with Utah and looking for the score to stay under 58.

“I like both ’dogs in the big games,” Bogdanovich said. “I’m flabbergasted by those huge numbers.”

And for what it’s worth, I’ll side with Kate Upton for two huge reasons.

■ CLOSING NUMBERS — I finished the college football regular season at 54-41 against the spread. In today’s paper (Page 3C), I attempted to pick the ATS winners of all 38 bowls along with four handicappers, so follow our success or lack of it.

My best bets for the next week: Utah (-3) over Colorado State; South Alabama (-2½) over Bowling Green in the Camellia Bowl; Navy (+3) over San Diego State in the Poinsettia Bowl.