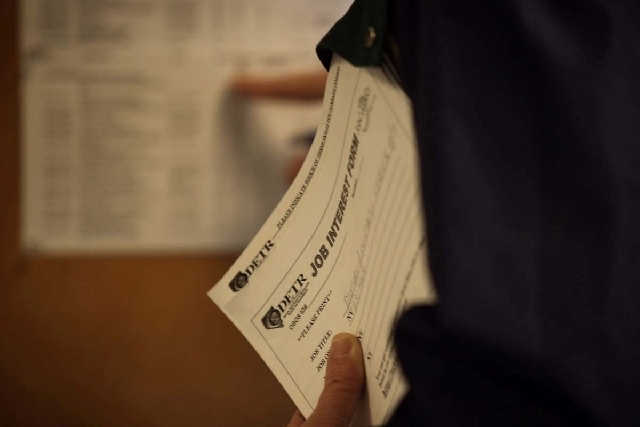 CARSON CITY — “I am furious. I want to pull my hair out, and I know I am not the only one with the problem.”

Las Vegas resident Sarah Lowe said Wednesday that almost every hour since Sunday she has been trying to call the Employment Security Commission to file for her weekly unemployment benefits.

She has received only busy signals.

The agency on Sept. 4 launched its new $38 million computer system to process unemployment claims for about 50,000 people a week. After a few weeks of problems, officials announced things were running smoothly.

Last week, Frank Woodbeck, director of the Department of Employment, Training and Rehabilitation, expressed confidence that all the glitches had been corrected.

Woodbeck said Wednesday that the volume of calls had dropped dramatically and he was unaware of any problems with the phone system or computers.

“Calls generally should go through,” he said.

Calls placed several times every hour during business hours Wednesday by the Review-Journal to the agency’s Southern Nevada call center received only busy signals. Finally, at 5:10 p.m., a call went through.

According to Lowe, who said she gave birth last week, her problems reaching the agency by phone and online have made it difficult for her to sleep.

“It’s been almost a month now,” Lowe said about the switch to the new computer system. “Regardless of what they tell you, it is not working. It’s maddening.”

Sandoval is expected to make a comment Thursday regarding the problems.