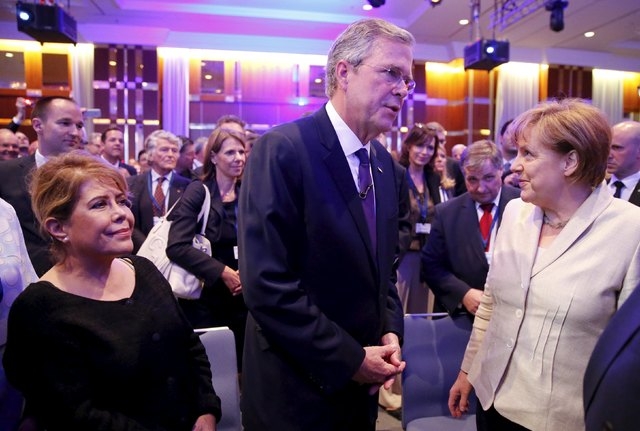 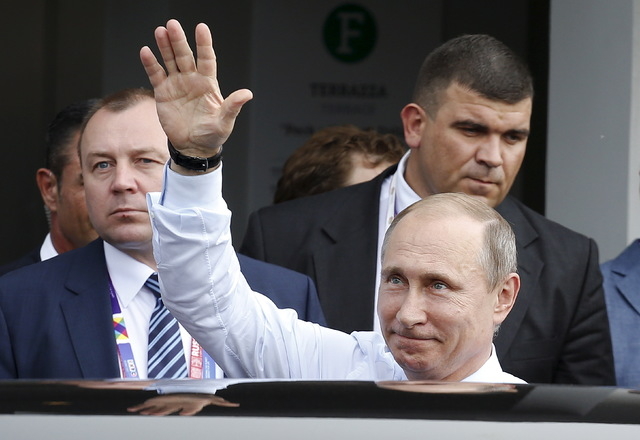 Russian President Vladimir Putin gestures as he leaves at the end of a joint news conference with Italian Prime Minister Matteo Renzi at the end of a meeting in Milan, northern Italy, June 10, 2015. (REUTERS/Alessandro Garofalo) 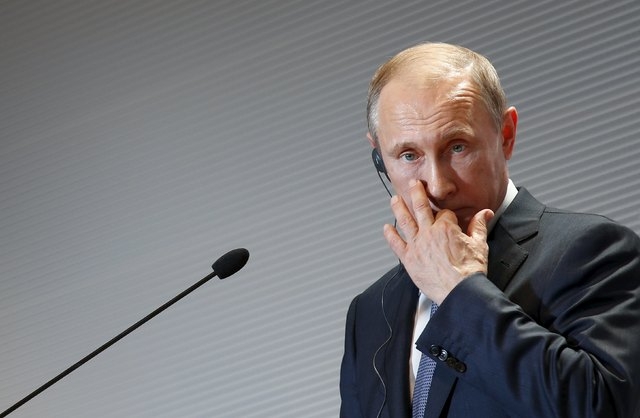 Russian President Vladimir Putin gestures during a joint news conference with Italian Prime Minister Matteo Renzi at the end of a meeting in Milan, northern Italy, June 10, 2015. The Russian leader met Prime Minister Renzi at the Expo 2015 global fair in Milan, two weeks before the EU decides whether to extend the economic sanctions imposed on Moscow after it annexed Crimea from Ukraine in March 2014. (REUTERS/Alessandro Garofalo) 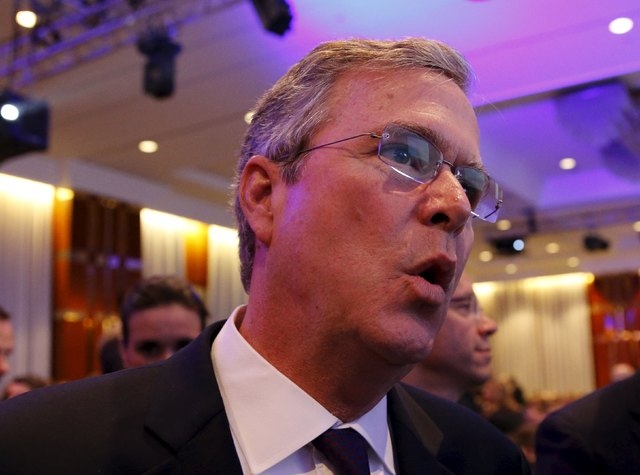 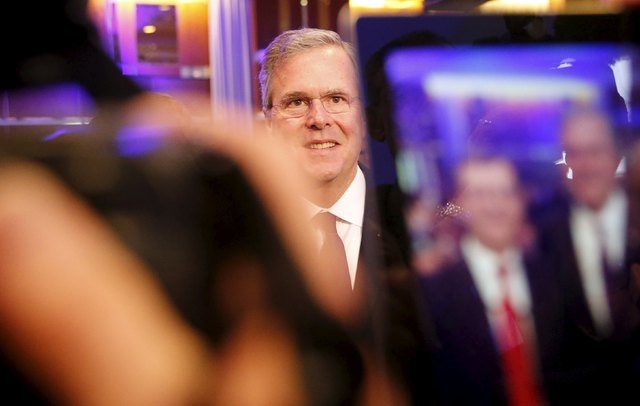 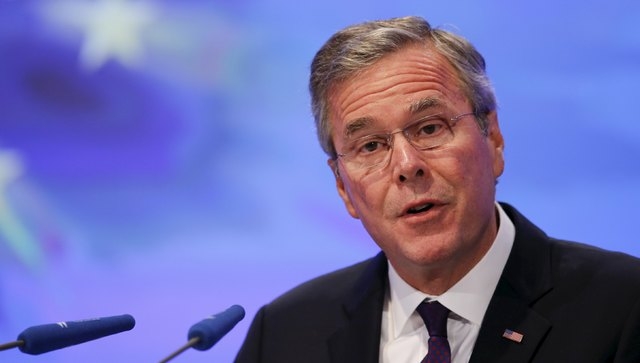 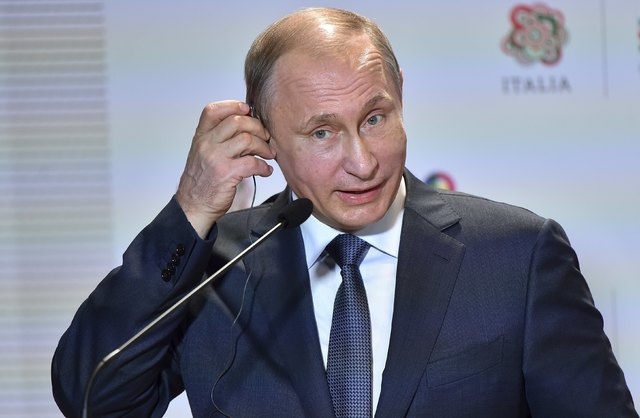 Russian President Vladimir Putin talks during a joint news conference with Italian Prime Minister Matteo Renzi at the end of a meeting in Milan, northern Italy, June 10, 2015. The Russian leader met Prime Minister Renzi at the Expo 2015 global fair in Milan, two weeks before the EU decides whether to extend the economic sanctions imposed on Moscow after it annexed Crimea from Ukraine in March 2014. (REUTERS/Flavio Lo Scalzo)

BERLIN — Likely Republican presidential candidate Jeb Bush said on Wednesday that Russian President Vladimir Putin was a “bully” and the United States and its allies in Europe should be resolute in responding to Russian aggression.

Bush, the brother of former U.S. President George W. Bush, is on a five-day tour of Europe in a bid to prove his foreign policy credentials before he is expected to launch his candidacy for the Republican presidential nomination next week.

“Ultimately I think to deal with Putin you need to deal from strength – he’s a bully and … you enable bad behavior when you’re nuanced with a guy like that,” Bush, the former governor of Florida, told reporters in Berlin.

“Just being clear – I’m not talking about being bellicose – but saying ‘here are the consequences of your actions’, that would deter the kind of bad outcome we don’t want to see.”

Bush said signaling what further sanctions Russia could face, and reassuring Poland and the Baltic states that the United States would meet its NATO obligations to view an attack on one member state as an attack against the whole alliance could help halt Putin’s aggression.

“If he thinks we’re resolute I think that that’s the greatest possibility of restricting any kind of further aggressions,” he said.

Putin blames Kiev and the West for the crisis, saying they plotted a coup in Ukraine. He denies sending arms and troops to back pro-Russian separatists in eastern Ukraine.

“There are things that we could do given the scale of our military to send a strong signal that we’re on the side of Poland and the Baltics and the countries that truly feel threatened by the little green men and this new cyber warfare and these other tactics that Russia now is using,” Bush said.

Ukraine’s Crimea peninsula was captured by Russian soldiers in unmarked uniforms and civilian clothes, who came to be known as “little green men” when Moscow initially denied their identity.

Bush will visit Poland and Estonia after leaving Berlin.

He said training exercises in Poland and the Baltic nations needed to be “more robust”, adding that while Moscow deployed tens of thousands of troops in areas near U.S. allies, the response from Washington was “far less meaningful”.

“If I was president of the United States, I’d clearly take the advice of the commanders on the ground but from the outside, without having any kind of classified information, it appears that we could have a more robust response,” he said.

He said, however, it was essential to ensure that the United States did not isolate Moscow to such an extent that it ended up in the arms of China.