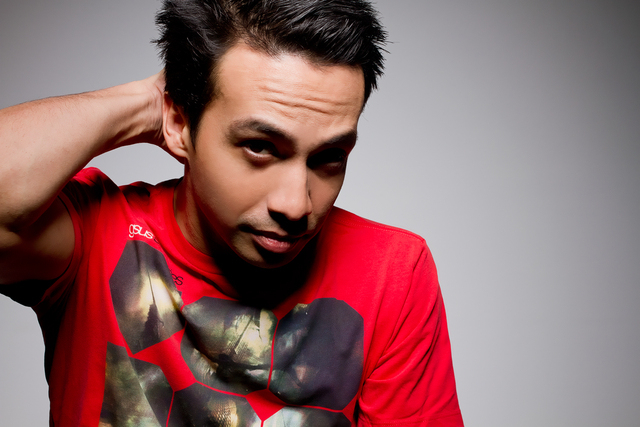 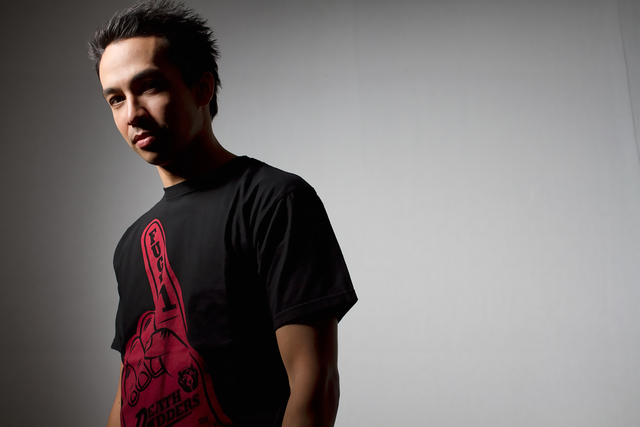 The biggest badass DJ on the Las Vegas Strip probably isn’t some tall guy, like Afrojack, but rather a concise Dutch DJ who won four gold medals and a silver at this year’s kung fu world championships in China.

When he arrives in Vegas, he doesn’t start drinking. He starts practicing.

“Whenever I hit a new hotel while I’m on tour, the first thing I do is find an area to train one hour to 1½ hours,” Luke says.

He says kung fu keeps him emotionally grounded, physically healthy and energetic enough to handle his hectic life of producing music, flying to gigs, performing in clubs and living on the road.

“It keeps me more laid-back to be honest. This life gets really hectic and chaotic, not to mention all the time zones and jet lag we’re always in.”

DJ jet lag is so real, it’s a stereotype. They fly more often than pilots and flight attendants are allowed to fly by law.

“We actually do,” Luke says. “I had this conversation with a flight attendant once. I found out I take twice as many flights as she did in a year.

“DJs are actually homeless people, and my home is my carry-on bag that travels with me throughout the globe.”

Luke is on the move so often, his one regret in Vegas is he doesn’t have time to take it all in.

“I rarely get to see the awesome stuff going on, like the fights and Cirque du Soleil. I wish I had more gaps in my schedule to go see stuff like that.”

But at least people go crazy at his shows at Wet Republic and MGM’s Hakkasan nightclub.

“The good thing in Vegas is, everyone is there to party their asses off. So the vibe is always right.”

By the way, you might be wondering how Luke, 36, won gold medals against young kung fu prodigies. But that’s not how the championships work. He won in an age group, which is still mighty impressive.

“In our kung fu system, we have these awesome, great masters that still train until they’re 90 years old,” Luke says.

“Age really isn’t a restriction in what we do. Even in their late 80s, they still do insane stuff. So I’m not restricted by any age.”