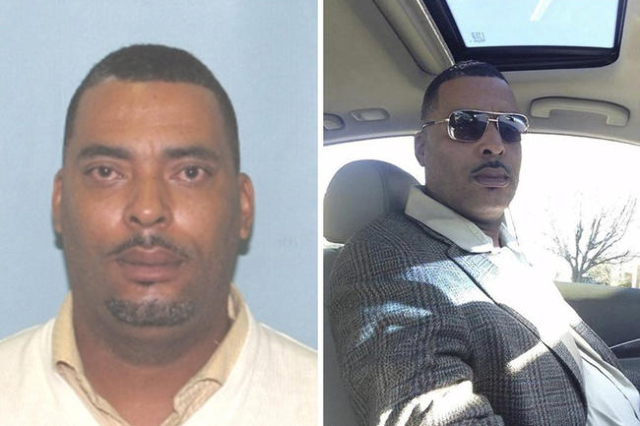 Donald "Chip" Pugh is pictured in this undated booking photo (L), and in a selfie, provided by the Lima Police Department in Lima, Ohio January 12, 2016. Pugh, an Ohio man wanted for drunk driving who sent police a more flattering photo of himself because he did not like his mug shot, has been arrested in Florida, police said. REUTERS/Lima Police Department/Handout via Reuters ATTENTION EDITORS - THIS PICTURE WAS PROVIDED BY A THIRD PARTY. REUTERS IS UNABLE TO INDEPENDENTLY VERIFY THE AUTHENTICITY, CONTENT, LOCATION OR DATE OF THIS IMAGE. FOR EDITORIAL USE ONLY. NOT FOR SALE FOR MARKETING OR ADVERTISING CAMPAIGNS. THIS PICTURE IS DISTRIBUTED EXACTLY AS RECEIVED BY REUTERS, AS A SERVICE TO CLIENTS. NO RESALES. NO ARCHIVE.

An Ohio man wanted for drunk driving who sent police a more flattering photo of himself because he did not like his mug shot has been arrested in Florida, police said.

Pugh, 45, had posted a photo of himself wearing sunglasses in a car after he saw the two mug shots that the Lima, Ohio, police department had posted on its Facebook page.

“Here is a better photo that one is terrible,” Pugh wrote when he sent in the selfie.

Pugh was arrested in Century, Florida, on Tuesday morning thanks to a tip, the Escambia County Sheriff’s Office said.

He is being held for warrants out of Columbus, Georgia, according to Lima police.

“Alas we will wait our turn,” said Lima police on their Facebook page. They thanked “the power of social media” and tips called in to authorities for the arrest, as well as Escambia County.

Lima police last week posted Pugh’s mug shots after an arrest warrant was issued following his failure to appear in court on a misdemeanor drunk driving charge. Pugh is a person of interest in several other cases including an arson and vandalism.

It was not known if Pugh had an attorney.