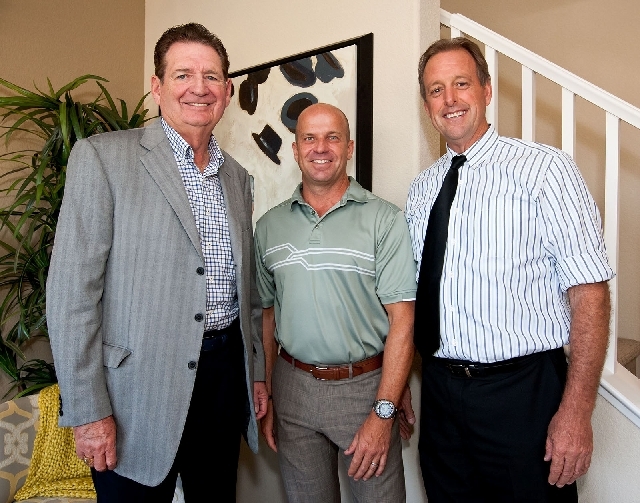 Former Nevada Gov. Bob Miller, the longest-serving governor in Nevada’s history, said he has fond memories of Pardee Homes, a longtime Nevada homebuilder. His first home in Las Vegas was one of the first homes built by Pardee in Las Vegas.

“It was not only our first home in Las Vegas, it was our first real home,” Miller said. “We came from a one-bedroom apartment in Chicago where my sister and I slept on bunk beds in the dining room. We each had our own bedroom in our Pardee home — it was unbelievable.”

In his recently published book, “Son of a Gambling Man — My Journey from a Casino Family to the Governor’s Mansion,” Miller wrote, “My father had bought half of a duplex on the edge of town, in an area known as Francisco Park. The corner street, San Francisco Street (soon to be renamed Sahara Avenue), marked the city limits … Our half of the duplex had three bedrooms, a real upgrade over the apartment in Chicago; it meant I could have my own bedroom. Space was a luxury I never appreciated before our move to Nevada.”

At a Pardee Homes 60th anniversary celebration, Miller congratulated the company for “being a stable force in this community.”

“Pardee Homes is one of the lasting traditions in Las Vegas,” said Miller, who moved to Las Vegas with his family in 1955 when there were 80,000 residents. “Pardee continues to this day to build affordable, quality homes in a city that now has a population approaching 2 million.”

Since 1952, Pardee Homes has built homes for more than 40,000 families in 150 neighborhoods and more than 10 master-planned communities in the Las Vegas area, starting with College Park in North Las Vegas and “Forever Houses” in Francisco Park where the Miller family lived near Sahara and Maryland Parkway. Built with cinder blocks, steel doors and rock roofs, Pardee’s Forever House won the first three national awards ever given by the National Association of Homebuilders.

The company, founded by George Pardee Sr. in 1921 in Southern California, is more than a builder of homes. It is also a builder of communities, according to Pardee Homes President Mike McGee.

“For six decades Pardee has kept its commitment to create communities where housing works in concert with other critical elements, including parks and schools,” McGee said. “As a result, the company has been recognized as a pioneer in master planning for quality of life in Southern Nevada.”

Other LivingSmart homes are in Durango Ranch near the intersection of Pebble and Cimarron roads in southwest Las Vegas, and the Durango Trail neighborhood that will open at Durango Ranch.

For information about Pardee neighborhoods, call 702-604-3332 or visit www.pardeehomes.com. You also can follow Pardee on Facebook at www.facebook.com/pardeehomeslasvegas.