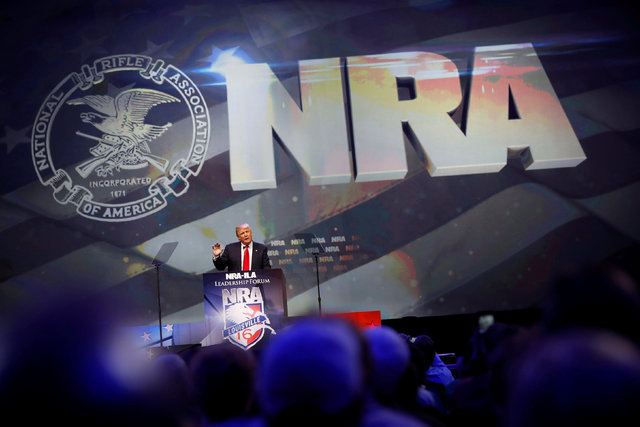 A National Rifle Association super PAC launched its first advertising campaign in the presidential race Wednesday, and Nevada is in its crosshairs.

The ad features a military veteran standing in a cemetery and speaking out against presidential candidate Hillary Clinton.

“Hillary as president? No thanks. I served in Benghazi (Libya). My friends didn’t make it,” Marine Corps veteran and author Mark Geist says in the ad.

Congressional Republicans have accused the State Department overseen by then-Secretary of State Clinton of failing to protect four Americans killed in a 2012 attack in Libya.

The ad will run on network and cable TV channels. An order for Reno’s ABC affiliate, KOLO-TV, says the ad will run 44 times between now and mid-July.