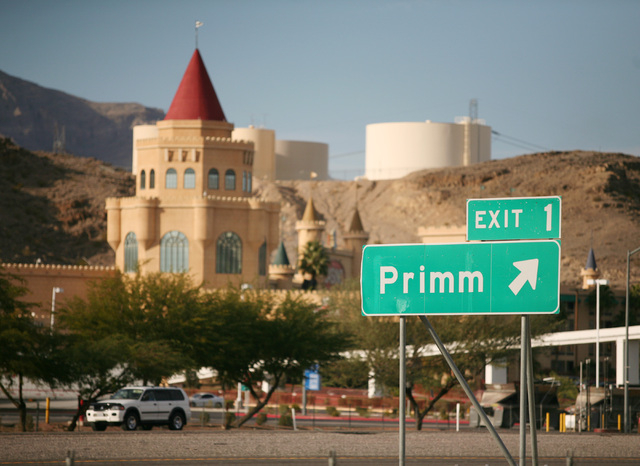 A freeway exit sign for Primm is shown along Interstate 15 just south of town. Primm is one mile from the California-Nevada state line and is located next to the Ivanpah Dry Lake. (Ronda Churchill/Las Vegas Review-Journal) 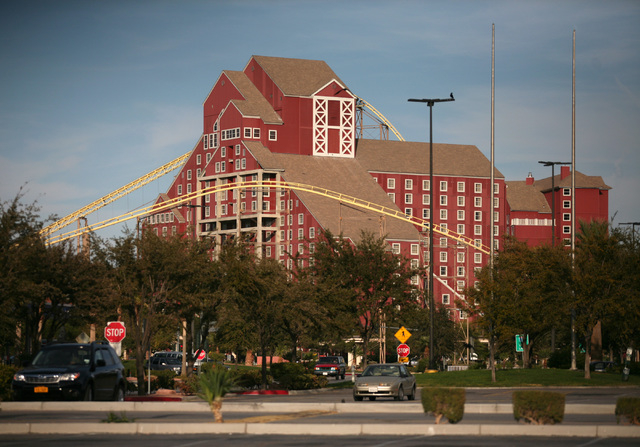 Buffalo Bill's hotel-casino is in Primm, one mile from the California-Nevada state line and is located next to the Ivanpah Dry Lake. (Ronda Churchill/Las Vegas Review-Journal) 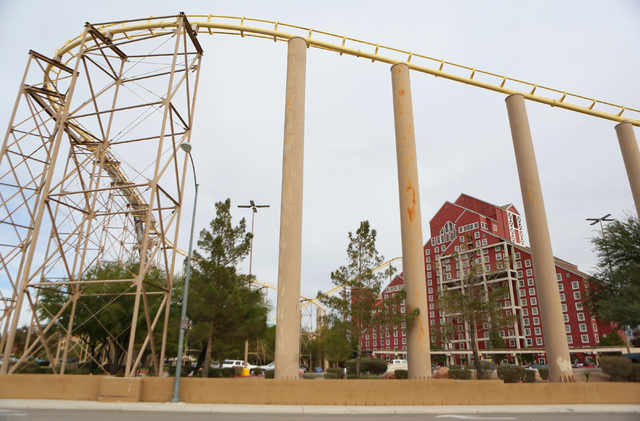 Buffalo Bill's hotel-casino has a roller coaster. Primm is one mile from the California-Nevada state line and is located next to the Ivanpah Dry Lake. (Ronda Churchill/Las Vegas Review-Journal) 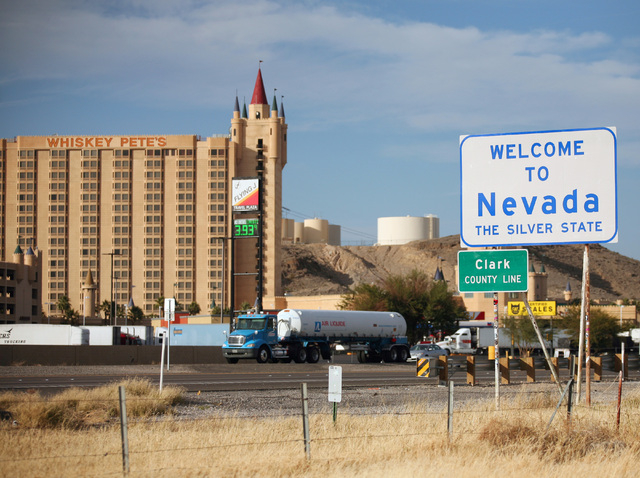 A welcome sign is shown along I-15 just south of Primm, which is one mile from the California-Nevada state line. (Ronda Churchill/Las Vegas Review-Journal) 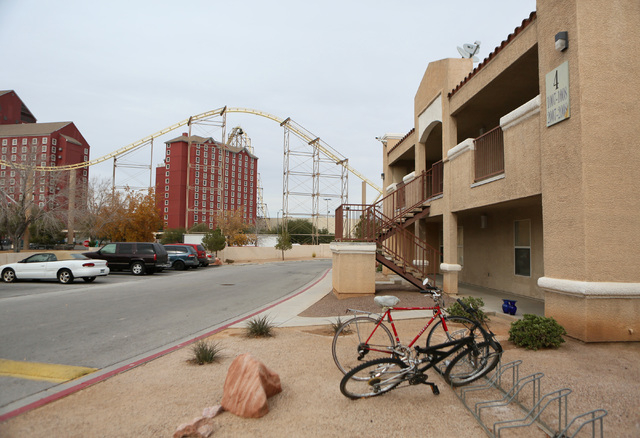 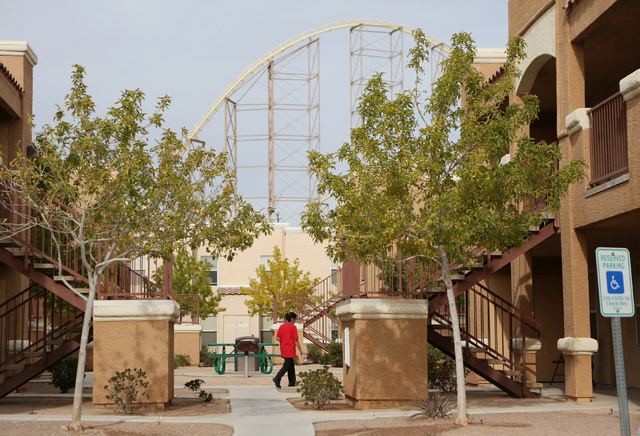 A section of the Buffalo Bill's roller coaster can be seen at Desert Oasis apartments in Primm. (Ronda Churchill/Las Vegas Review-Journal)

Back in the day, it was called State Line. Now known as Primm, the California-Nevada border town has a flavor all its own.

On one side is Whiskey Pete’s, a hotel-casino where you can get 99-cent McDonald’s hot cakes all day. If you prefer more of a variety, try the cakes at the IHOP. For those who need to catch some Z’s, room rates start around $30 a night.

During your Whiskey Pete’s visit, you might check out the Bonnie and Clyde death car, focal point of a free exhibit with artifacts from the day the infamous duo died, including Clyde’s blue shirt. The side show attracted a steady stream of foot traffic on a Friday morning in November, including Healdsburg, Calif., resident Cory Mullahy.

Mullahy stopped with a friend to eat breakfast at the Whiskey Pete’s IHOP and perhaps shake off some of the drinking from the night before in Las Vegas. The two were headed toward Los Angeles.

In the mid-1970s, Primm built a 12-room motel and small casino that eventually became Whiskey Pete’s. The property is named for the area’s original entrepreneur, Pete MacIntyre, who apparently supplemented his gas station profits with sales of bootlegged whiskey.

His last request? To be buried in the surrounding mountains, standing up, holding a bottle of his precious drink. During construction of the Primm Valley monorail, MacIntyre’s body was accidentally exhumed while developers were digging into the mountain. He was reburied.

As for the original Primm, he died in 1981, but his family carried on.

Gary Primm developed the Primadonna in 1990, and the stark white hotel is what we now call Primm Valley Resort and Casino. He built Buffalo Bill’s in 1994, with a log flume and roller coaster. The rides operate on Fridays, Saturdays and Sundays during the winter but are open every day in the warmer months, weather permitting.

In 1996, almost 500 people called Primm home, living in beige-colored trailers. Most of them were Primadonna employees.

Today about 600 people live in the Desert Oasis apartments, built when MGM Mirage owned the properties and the adjacent Primm Valley Golf Club from 1999-2006.

The most famous of Primm’s residents is rapper Chank Smith, alter ego of New Jersey-born comedian Chris D’Elia, who released an ode to the town, “Primm Anthem.”

Real-life Primm resident DJ Donaby has lived there for about a month, a decision based on Primm’s low rents. Apartment rents range from about $400 to $600 a month.

Donaby works at the Tommy Hilfiger and Guess stores in the Fashion Outlets of Las Vegas. He plans to go into Las Vegas twice a month to do his grocery shopping.

“I like living out here. I don’t have to go anywhere but the mall,” Donaby said.

Other than the hotel-casinos, the Fashion Outlets of Las Vegas and a slew of fast food restaurants and convenience stores, residents have the Market at Desert Oasis for necessities such as groceries and the occasional DVD rental or sale.

Beyond the Flying J truck stop at Whiskey Pete’s, a single-car monorail transports visitors across I-15 to Primm Valley Resort. There, visitors can eat at restaurants such as the Country Club Buffet or wet their whistle at the Irish-themed O’Mulligans Pub. Artists perform in the Star of the Desert Arena. Dolly Parton will be there Jan. 25.

Across the way, Buffalo Bill’s has floor-to-ceiling faux trees throughout the casino, lending to the woodsy feel of the property. The log flume winds its way through the casino, while the roller coaster twists and turns outside.

The area also has become the home of a few off-road races, including SNORE Racing’s Battle at Primm scheduled for Feb. 21-23.