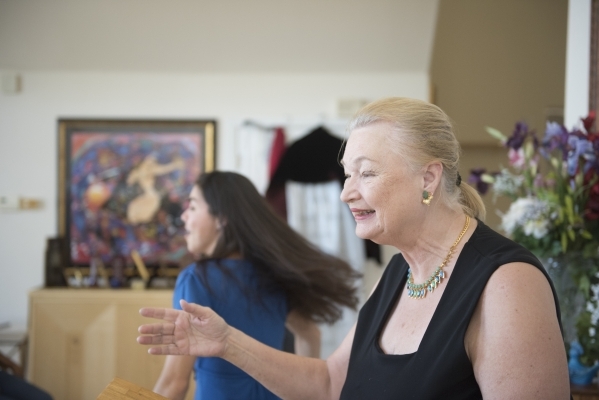 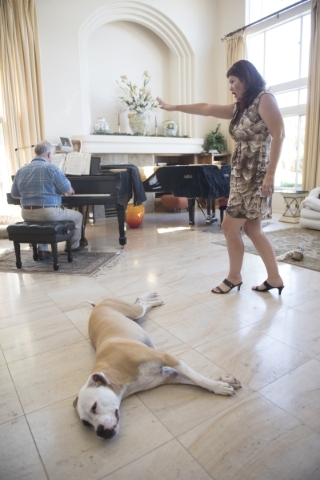 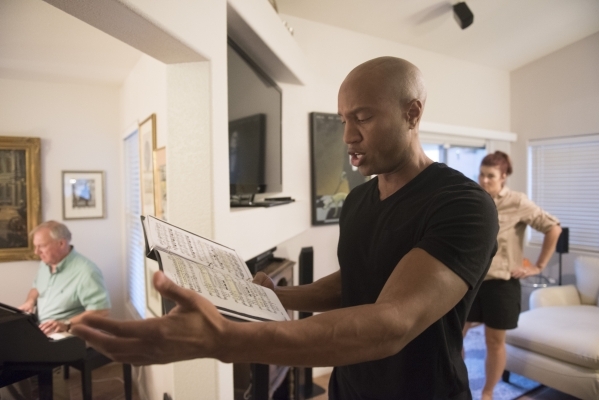 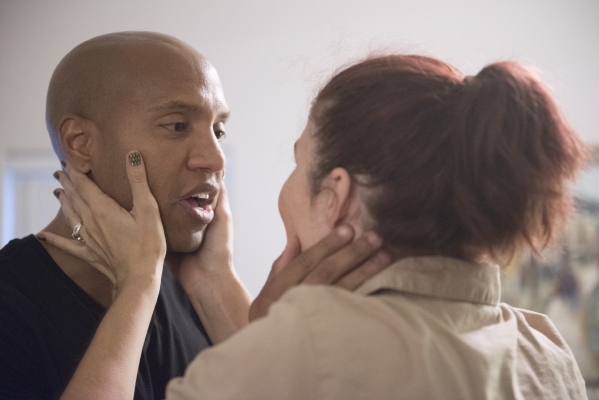 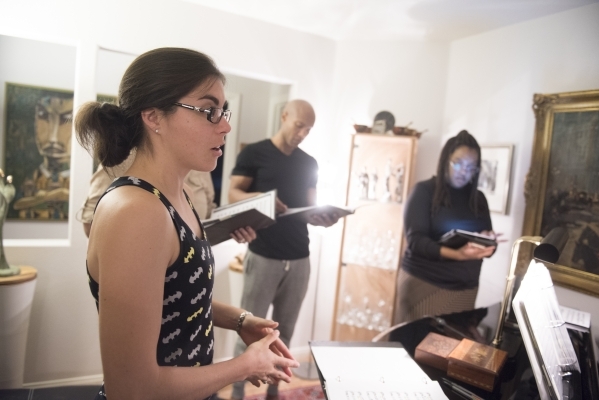 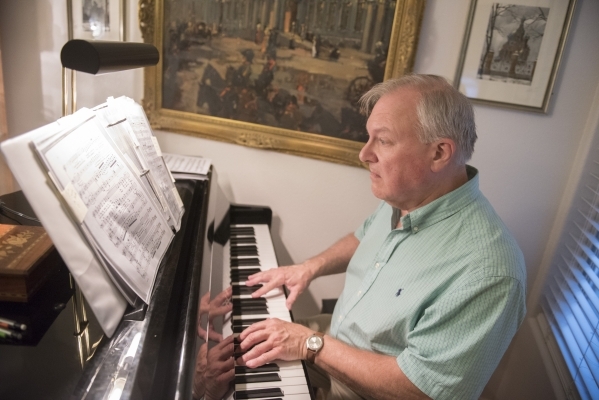 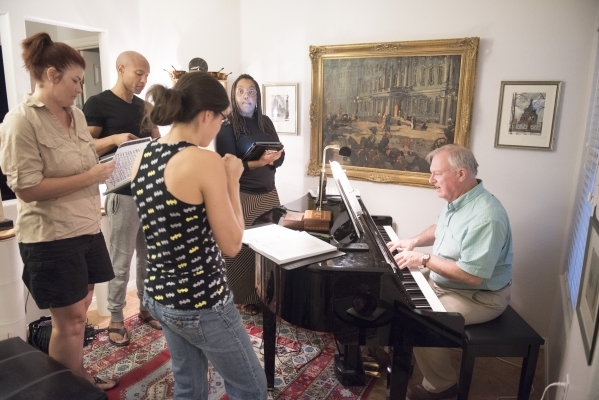 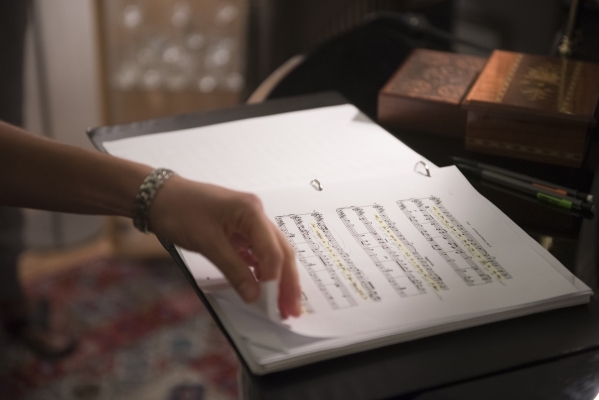 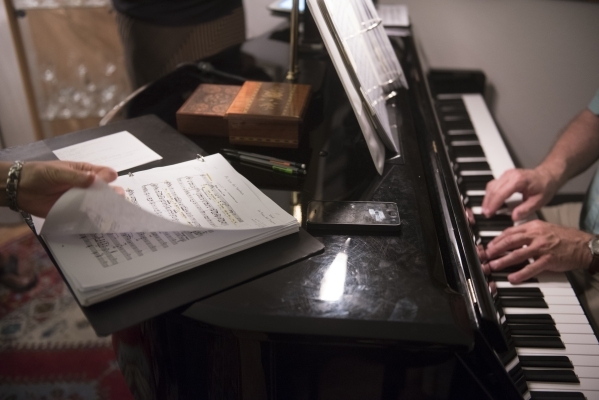 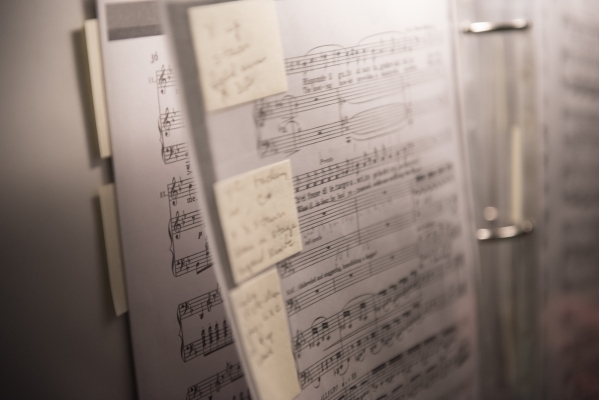 After 31 years singing soprano to audiences around the world, Luana DeVol is now playing the leading role in the Henderson-based nonprofit Opera Las Vegas.

DeVol became general director of the all-volunteer troupe in January 2014, helping it put on opera productions and shows throughout the year, using a combination of local singers and established performers.

“I’m working harder now than I did as an opera diva,” she recently joked.

DeVol’s opera career began in 1984 in Germany, which is also where she ended it, performing her last concert as a professional in 2012. She appeared in numerous productions, ranging from Giuseppe Verdi’s “Aida” to Richard Wagner’s “Die Walkure” in major opera houses around the world.

Now retired, her focus is growing Opera Las Vegas’ audience, raising awareness about the troupe and bolstering its finances.

“This past June, we did ‘Madame Butterfly,’ and we increased the number of our audience by 50 percent because word starts getting around that we’re doing professional, high-quality productions,” said DeVol, a San Francisco native who moved to the valley in 1996 from Germany. “We also do shows like ‘Holiday on Broadway.’ The purpose of the shows is to raise money for the main productions and also to raise public awareness.”

“Our goal is to provide professional opera productions with traditional scenery and costumes, live orchestra and lighting,” Sohre said. “So it’s a full theatrical production. It’s how opera was meant to be seen. There’s no one else in the state right now that’s doing those productions.”

The troupe also offers local singers a chance to hone their skills, engage in mentorships and gain experience on the stage.

“The only way that you can perfect your craft is to get out and do it,” Sohre said.

“There’s very few outlets here for opera singers,” she said. “We can provide an opportunity for the next (Placido) Domingo to sing leading roles.”

Major roles in the troupe’s full-on productions are typically filled by performers from the Metropolitan Opera in New York City, DeVol said, although Opera Las Vegas’ upcoming production of “Carmen” is set to feature a local singer in one of the leading roles.

Still, smaller-scale performances such as “Viva Verdi!,” which was set for Sept. 9 at Cabaret Jazz inside The Smith Center for the Performing Arts, 361 Symphony Park Ave., give local talent more of a chance to shine.

“In ‘Viva Verdi!,’ six of the eight singers are local,” Sohre said.

Due to its connections, Opera Las Vegas got Metropolitan Opera baritone Daniel Sutin to star in “Viva Verdi!”

“Our artistic director is Gregory Buchalter, and he is a coach, an accompanist and a choral director at the Metropolitan Opera,” DeVol said. “So he is our contact at the Met.”

Before DeVol became a professional opera singer, she was an arts administrator at the Paramount Theatre in Oakland, Calif.

“Maybe that’s why I have the whole view of what actually takes place in an opera performance,” she said. “So I have that background of not just singing, but I also know how a theater works.”

DeVol also was secretary to the board of directors for the Spring Opera Theater, a branch of the San Francisco Opera.

“And they did very much what Opera Las Vegas does — they look for up-and-coming artists looking to make their breakthrough,” DeVol said.

Performances of “Carmen” are set for 7 p.m. June 10 and 2 p.m. June 12, 2016, inside the Judy Bayley Theatre at UNLV, 4505 S. Maryland Parkway. Also, “Opera Meets Octoberfest,” a fundraiser for “Carmen,” is planned for Oct. 25 inside a private home at an undisclosed address in the valley.

To attend the fundraiser or for more information, visit operalasvegas.com.

— To reach Henderson View reporter Cassandra Keenan, email her at ckeenan@viewnews.com or call 702-383-0278. Find her on Twitter: @CassandraKNews.