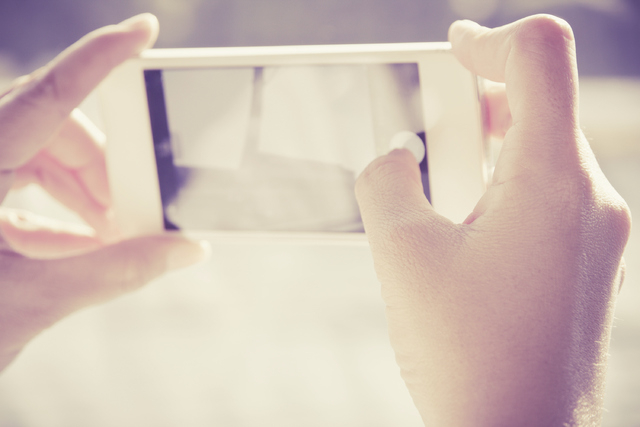 Russian police are warning the public of a new danger: Death by selfie.

The country’s police force is advocating for people to take “safe selfies” in the wake of a string of deaths. According to Russian news agency Tass, there have been more than 10 deaths and about 100 accidents from individuals striking lethal poses this year.

“A cool selfie can cost you your life,” the interior ministry states in a brochure which police will hand out to students and the general public.

The two-page guide contains infographics that resemble road signs, most of which are based on actual incidents — such as the case of a 21-year-old Muscovite who accidentally shot herself in the head and a teenager from the Ryazan region who died after trying to take a photograph of herself on railway tracks.

Among the precarious situations they warn against are taking selfies with animals, on rooftops and with exposed live wires.

“Along with all the advantages of the modern world there appear new threats,” Russian official Yelena Alekseyeva said at a press conference.

“We would like to remind the citizens that the chase for ‘likes’ in social networks can lead to the road of death.”

The ministry is inviting the public to get involved through a dedicated section on their web site where you can share potentially deadly situations and even upload your own illustrations.

Despite the growing number of selfie related deaths, there are many thrill seekers in search of a risky shot who manage to survive, as this shocking video uploaded to YouTube shows.