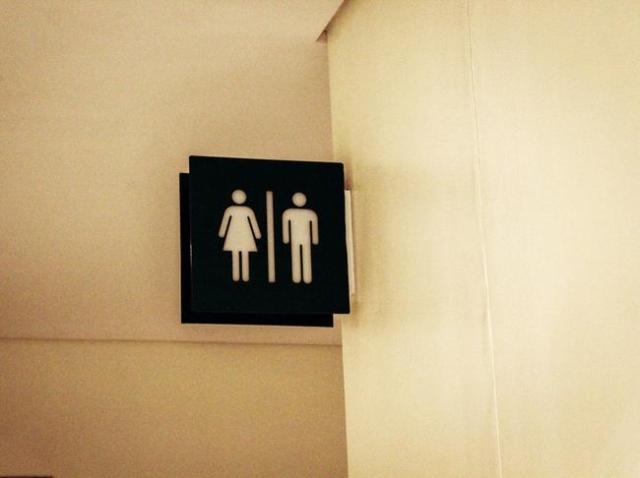 A bill filed by a Virginia lawmaker this week would require schools to be certain that children are using the restroom that corresponds to their “correct anatomical sex,” according to Raw Story.

House Bill 663, which is sponsored by Republican Del. Mark Cole, defines “anatomical sex” as “the physical condition of being male or female, which is determined by a person’s anatomy.”

“Local school boards shall develop and implement policies that require every school restroom, locker room, or shower room that is designated for use by a specific gender to solely be used by individuals whose anatomical sex matches such gender designation,” the bill reads.

“Such policies may also provide that a student may, upon request, be granted access, to the extent reasonable, to a single stall restroom or shower, a unisex bathroom, or controlled individual use of a restroom, locker room, or shower.”

Any student who willfully and knowingly violates the bathroom rules would be liable for a fine of up to $50 under the provision.

For the legislation to be enforceable, civil rights advocate Tim Peacock said that it would be adults who would be required to inspect childrens’ genitals before allowing them use of a restroom or locker room.

Assembly Bill 375, introduced in the 2015 Nevada Legislature, called to disallow students from using facilities based on the way they identify their own gender.

“This bill would put all transgender students in danger by forcing them to use biologically congruent restrooms, locker rooms and shower facilities that go against their core gender identity,” Tamara Zuchowski, an advanced practice registered nurse at the Reno community health center Northern Nevada Hopes, said of the Assembly Bill in April.