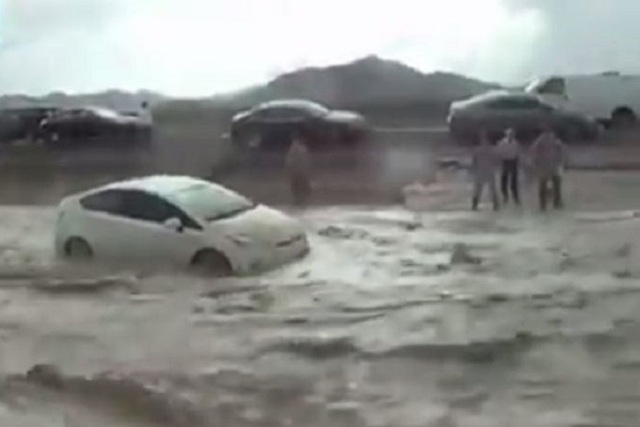 Doug Bennett says he was about 30 miles north of Las Vegas on Monday afternoon when water started flowing over U.S. 95. Bennett says a Ford sedan and a Prius were stuck in the mud of a median when a wall of water drew near.

Bennett’s video shows him screaming for people to get out of the way as the two vehicles float downstream.

He says a group of U.S. Air Force personnel pulled an elderly woman out of the Prius seconds before it was swept away.

The vehicle ended up split open and upside down in a culvert.