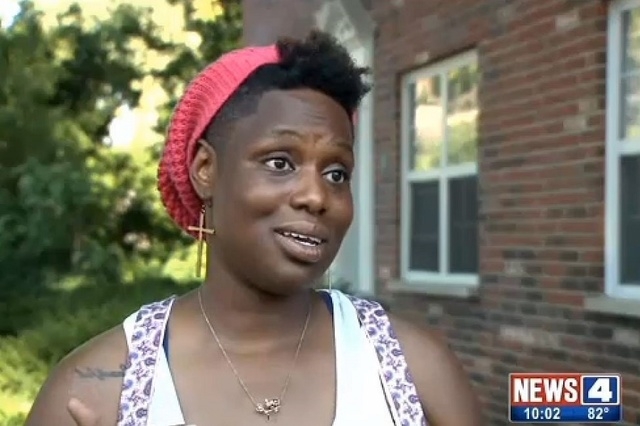 Witnesses said an officer went too far when a woman was maced in the University City Loop Friday night.

It all happened around 10:30 p.m. outside a popular restaurant. RNesha Baldwin says she and her friends were outside waiting for their group to finishing paying their bill from dinner when police told them they were blocking the sidewalk.

“I said I’m standing exactly where you were standing, I’m not doing anything illegal and he said you have to keep moving,” said Baldwin.

Baldwin is the daughter of a police officer and says her upbringing taught her to comply with police request.

Capt. Michael Ransom with the University City Police Department said Baldwin moved towards the officers. He wouldn’t speak on camera but in a statement wrote, “due to the threatening movement, she was placed under arrest for peace disturbance.”

The whole incident was caught on camera. While others in the group began shout at police, Baldwin asserts she complied with the officer’s order. Ransom said his officers acted in accordance with their policies and that there is an ordinance that prohibits blocking the sidewalk.