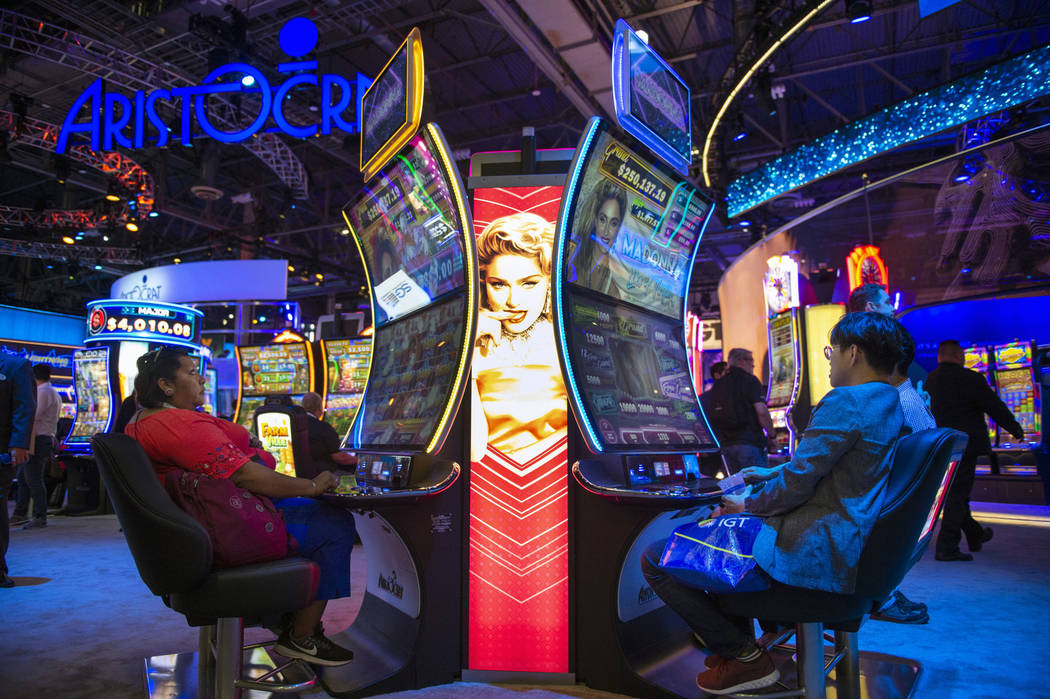 Blackburne, who became chairman nearly a decade ago, has seen Aristocrat transform itself from a niche player in the North American market to a dominant one. The surge in business and head count over the years drove the company to seek a new home in the valley.

“What can I say about this campus? You have earned it,” Blackburne said to a few hundred Aristocrat employees gathered outside for the opening ceremony. “We had only one material presence in one part of one segment of this business” a decade ago, he said, as he recalled the company’s progress.

Aristocrat has taken market share from the likes of Scientific Games and IGT over the years through the release of popular slot games, including Buffalo and Lightning Link. The latest versions of those slots, including Dragon Link, continue to be best sellers today.

The company also has grown through the $1.2 billion purchase of Video Gaming Technologies in 2014, expansion into entertainment slot games and the release of the modern industrial-styled Helix cabinet, gaming analyst Todd Eilers of Eilers & Krejcik Gaming said.

Aristocrat was the leading global supplier of slots in the second quarter of 2018 with about 23 percent of product shipped, according to Eilers & Krejcik. And Aristocrat was first in revenue generated from the sale and lease of slots in North America during the same period, the research firm said.

The new Summerlin campus, which consists of two three-story structures of approximately 90,000 square feet each, will be home to about 800 of the company’s roughly 1,100 Las Vegas employees.

About 300 employees still will be based at its manufacturing site on Birtcher Drive near McCarran International Airport.

The Howard Hughes Corp., developer of Aristocrat’s campus and the broader Summerlin community, announced in spring 2017 that Aristocrat signed a 15-year lease for the planned facility. It did not disclose the rental rate.

At the time, Dallas-based Howard Hughes said the project would cost about $45 million.

Aristocrat isn’t the only company with newly built offices along the 215 Beltway in the western Las Vegas Valley, nor is it the only gambling-equipment maker with a presence in the area.

Other companies that moved to newly constructed offices along the freeway over the past few years include credit-card issuer Credit One Bank, cage-fighting league UFC and slot-machine maker Ainsworth Game Technology.

Casino supplier International Game Technology also has a location in the southwest valley.