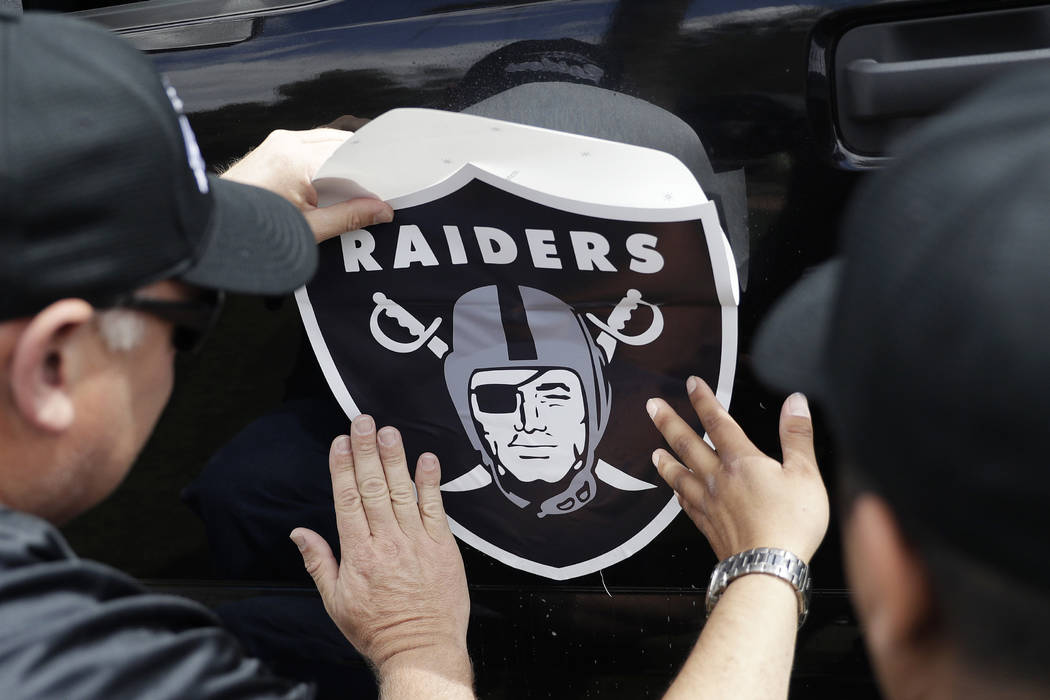 Members of a laborers union affix a Raiders logo to a truck, Monday, March 27, 2017, in Las Vegas. (John Locher/AP) 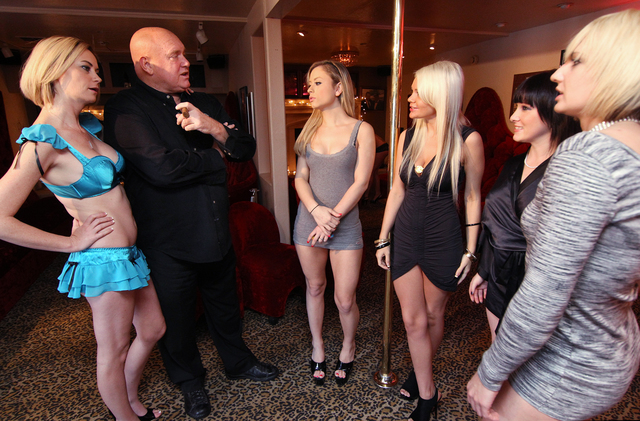 The owner of Nevada’s best-known legal brothel will use his seventh location to cater to players and staffers of the Raiders NFL franchise once it moves to Las Vegas.

At least one question comes to mind: Can he do that?

In a statement he released in March, he says, “I am happy to claim my place as the official prostitution provider to one of the NFL’s most storied franchises.”

Hof’s plans have brought him plenty of media attention — he said he even saw NFL Commissioner Roger Goodell asked about Pirate’s Booty during a press conference — but it could earn him some unwanted legal attention as well.

Owners of valuable trademarks and brands tend to take action to make sure references come directly from them and that their property is protected, said J.D. Lowry, a partner with the Las Vegas-based Gibson Lowry law firm.

Though she hasn’t worked with the brothel or the Raiders, Lowry said it’s safe to assume Raiders staff are watching to make sure no one in Nevada uses Raiders images and phrases without the franchise’s permission.

“This would not be the time to test that,” she said. “It’s not something to take lightly.”

A spokesman with the Raiders could not be reached for comment.

Even T-shirt and gear hawkers on the side of the road may be told to stop selling goods if they had not entered a licensing agreement with a team, Lowry said.

Not taking action can help a would-be infringer argue that trademark owners don’t actually care about their property, she said.

The cost and benefit of taking legal action against some offenders is up to a trademark owner, who can take the time to study the economics of the situation, she said.

Hof, whose best-known property is the Moonlite BunnyRanch outside Carson City, said he hasn’t heard any complaints yet from the team.

He promises the new brothel will have a Darrell Russell Hall of Dames.

This seventh brothel will be in Crystal, about 25 miles north of Pahrump Hof operates two near Las Vegas in Nye County and four near Carson City.

“It’s a big part of Nevada,” Hof said of legal prostitution. “Hopefully the Raiders are on board with it.”