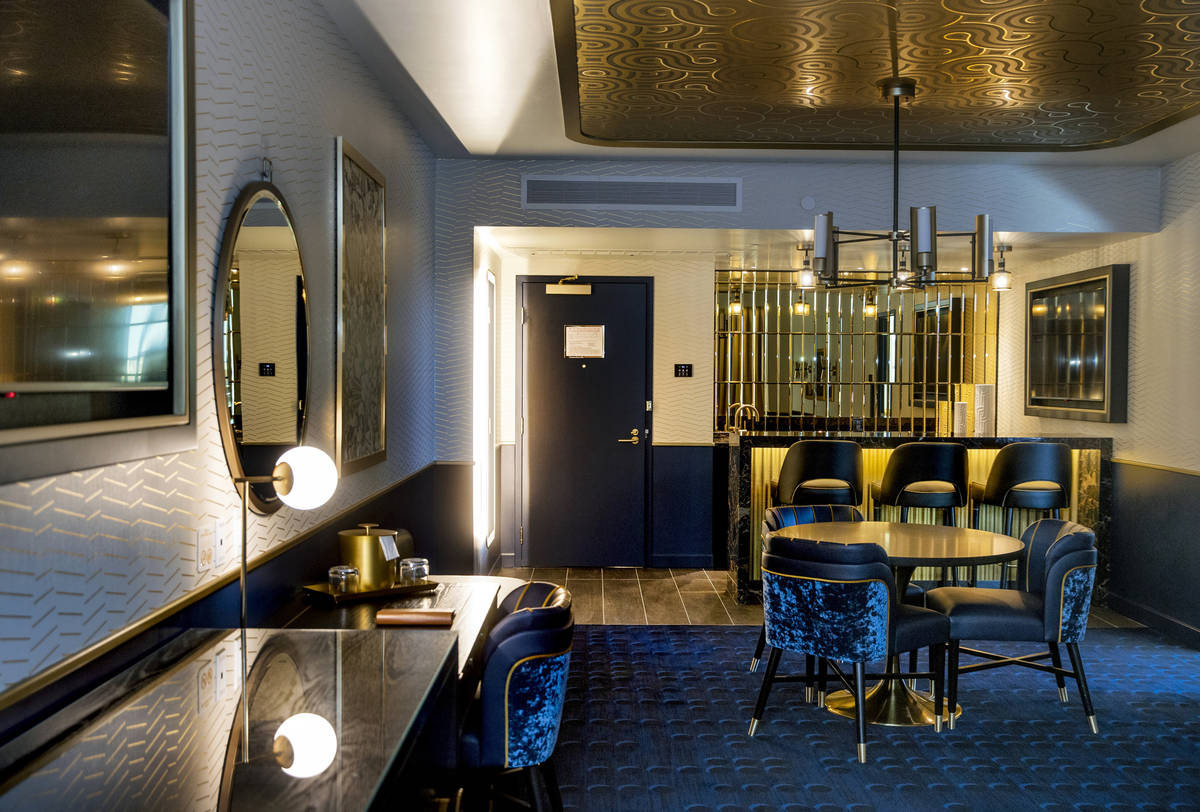 A comfortable living and retro bar area within the Circa End Suite at Circa on Friday, Dec. 18, 2020, in Las Vegas. (L.E. Baskow/Las Vegas Review-Journal) @Left_Eye_Images 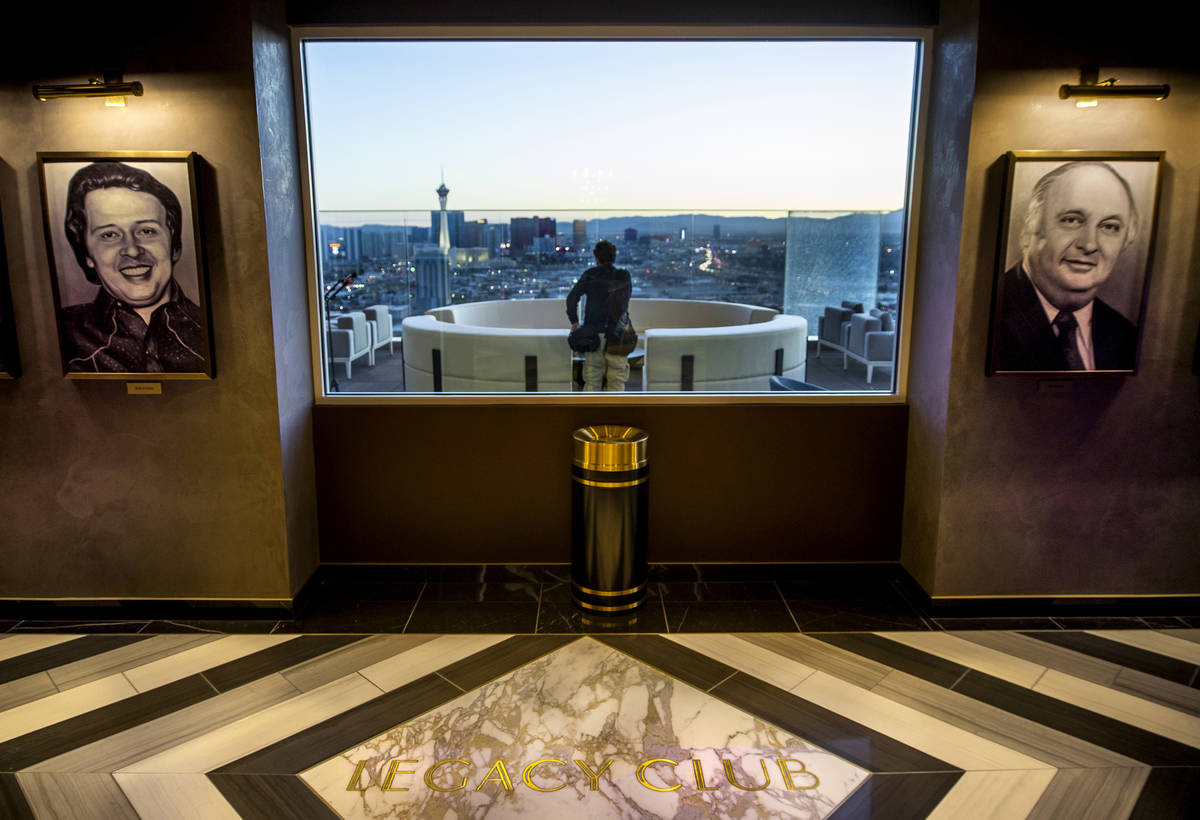 Portraits of Las Vegas founders, pioneers and legends hang in a hall as the sun sets on the city viewed from the outside deck within the Legacy Club at Circa on Tuesday, Dec. 22, 2020, in Las Vegas. (L.E. Baskow/Las Vegas Review-Journal) @Left_Eye_Images

It’s too bad CES isn’t coming to town next month because attendees would have had a blast at Circa with all the technology and innovations it has.

Media members got a first look at the hotel rooms and Legacy Club before Monday’s opening, and the gadgetry for guests will no doubt be embraced by those who appreciate innovation.

The public already has seen some of the cool attractions of Circa. Owner Derek Stevens is all about big screens, and the video wall at the three-story Circa sportsbook is something to behold with its 78 million pixels. So is the 143-square-foot screen at Stadium Swim, the six-pool, tiered aqua-theater.

Stevens said he expected the popularity of Stadium Swim to take hold by February, once the public got a feel for what it was. It didn’t take that long. Stevens said the venue has surpassed expectations after being open for just eight weeks. Just imagine what it’s going to be like when it’s pool season — or when there’s a major sporting event like the Super Bowl or when Vegas Golden Knights games are on that big screen.

There are two tiers of screens above the length of the Long Bar, assuring sports fans that they won’t miss any on-field action.

The technology continues in the hotel rooms and the Legacy Club.

Other hotel rooms greet their guests with tech at the door. At Circa, each room has a “Hi”-“Bye” panel just inside the door. Press “Hi” when you arrive, and it controls all of the lighting in the room. Press “Bye” when you leave, and it turns everything off.

Each room will have a tablet to control all of the settings in the room like lighting, temperature and privacy. Pressing a service button automatically informs the housekeeping staff of a need.

The suites are filled with television screens, some of them near in-room bars.

While more an innovation than technology, one of my favorite in-room features is the Inova sofa wall bed that is an upgrade to the traditional Murphy bed that pulls out from a wall to produce a king-sized bed. When the Inova bed is parked within the wall, the unit functions as a sofa. The sofas along the walls are sturdy enough to hold suitcases and are designed to stow suitcases beneath the sofa.

The Legacy Club on the top floor of Circa’s tower is a comfortable indoor-outdoor lounge with the outside seats nestled around fire pits. But my favorite technology inside is the display of 500 2-ounce gold bars with Circa logos, procured from Sunshine Minting Inc. It’s a page out of the Binion’s Horseshoe playbook.

Up until 2000, the Horseshoe had a $1 million cash display in the shape of a horseshoe for a photo op. The gold bar display inside the Legacy Club has a ticker that calculates the value of the gold in real time. When I was in there Tuesday, the display was worth $1.87 million. What a clever idea.

One other interesting piece of technology is used by Circa to monetize some of the real estate within the resort.

It’s a hospitality technology platform called UrVenue, operated by President and CEO Deron Pearson, whose 40-employee company is based in Las Vegas.

At Circa, it operates on the resort’s website and on a kiosk developed by Los Angeles-based Olea Kiosks.

An interactive 3D map of the venue appears on the screen, and patrons can choose when and where they want to sit at the sportsbook or Stadium Swim and whether they want a cabana, daybed or other seating.

When patrons arrive at the venue, they’re escorted to their seats by a host at the appointed time.

The online and kiosk map tells users in advance which seats are unavailable and takes inquiries about each location.

It will take some time to get used to because many places operate on a first-come, first-served basis. And there may be some put off by seeing an additional charge collected for their favorite location.

But as a revenue generator, the system is another fresh idea that will set Circa apart from others, especially with the tech crowd.