The conveyor of the rumor: none other than MGM Resorts International CEO Jim Murren, who shared what he knew with Wall Street analysts who called in for the company’s second-quarter earnings report. Murren made it absolutely clear that it isn’t MGM that is interested in the 68-story blue shard of glass parked on the Strip.

But he added that a Fontainebleau sale would mean good things for MGM’s Circus Circus and The Mirage and the rest of the north Strip.

Murren estimated that it would take 2½ to three years to get Fontainebleau, the second-tallest structure in Southern Nevada, running.

That isn’t surprising, considering that shrewd corporate raider Carl Icahn, the building’s owner, sold off all the fixtures and even the wallpaper to other resorts, most notably downtown’s Plaza.

Over the years, leads on the sale of the Fontainebleau have evolved into the Aesop’s fable of “The Boy Who Cried Wolf.” Review-Journal real estate reporter Eli Segall and I have heard so many reports of a sale being “imminent” that we’re afraid that when it actually happens we will write it off as just another unfounded rumor.

But one of these days, it will be true, and the building perennially selected as the Las Vegas structure most worthy of implosion will belong to someone or some company that can do something with it.

But what should be done with it? What do you do with a structure that is more landfill than landmark? What should happen to a structure that will always be associated with the Great Recession and a reminder that a city that puts all its eggs in one casino industry basket will get only a nice quiche out of the deal when the basket breaks?

Maybe ask the peers of potential customers, the next generation of players, which is what UNLV’s International Gaming Institute and Core Academy did with its Young Executive Scholars hospitality and tourism program this summer.

One of the program’s final projects was to ask students to work as teams to design the next iteration of the Fontainebleau with a $10,000 scholarship on the line for the best contribution. Gaming institute director Bo Bernhard was stunned by how good they were.

“They all hit it out of the park,” Bernhard said. “Think about it. These were the poorest kids from the poorest neighborhoods in Las Vegas who had no means of going to college before this program. Now, some of them will be first ones in their families to go.”

The proposals were so good that sponsors want to protect the students’ intellectual property by not sharing every detail of what they propose for the building.

But some of the themes that emerged include heaping helpings of e-gaming, artificial intelligence, robotics, holograms and modern arcades. One team suggested embracing Nevada’s leap into recreational marijuana instead of pushing back — a concept the state Gaming Control Board wouldn’t allow today but could if the nation’s attitude toward it ever changed.

So for the buyer of the Fontainebleau, whoever and wherever you are, get ahold of these students.

One of them could be your CEO someday. 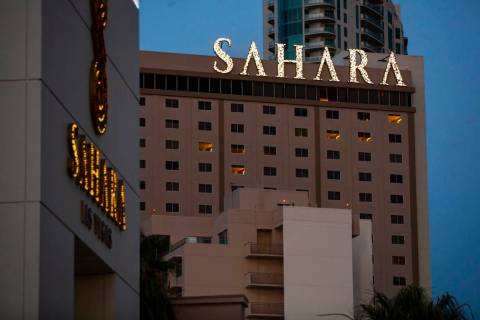 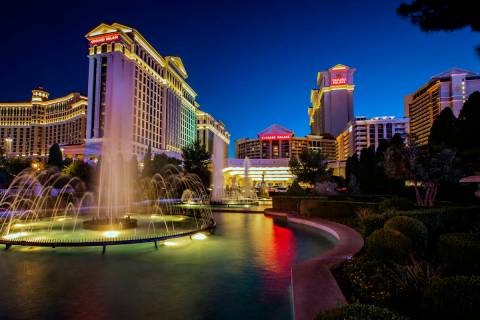