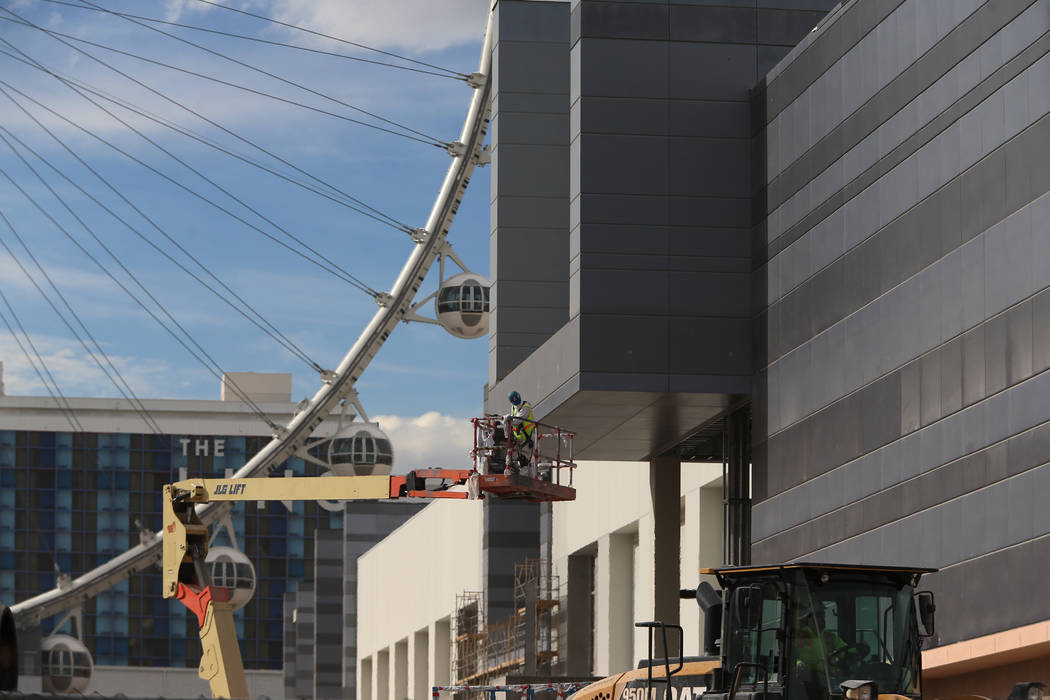 Next month, Wynn Las Vegas will open its new 430,000-square-foot convention space, an indoor-outdoor golf course setup that may be the most visually stunning meeting location in the city.

A month later, Caesars Entertainment Corp. will open Caesars Forum, a 550,000-square-foot conference center near the bustling Linq Promenade. It will have 300,000 square feet of meeting space and a 100,000-square-foot outdoor plaza, and it will be able to accommodate 10,000 people at a time.

The addition of 2.7 million square feet of space begs the question: Is Las Vegas overshooting the need for meeting space?

There are two big motivations for adding convention space. First, Las Vegas will be able to accommodate larger shows, and many of the biggest ones are expanding. The need for elbow room will be evident this week when CES makes its annual visit with over 170,000 people.

The other motivator is that Las Vegas can draw even more big events. The importance of looking beyond the types of shows it has traditionally attracted was demonstrated last month when California-based Oracle Corp. confirmed that the Oracle OpenWorld Code One 2020 developer event — 60,000 people strong — is moving to Las Vegas.

Representatives of CES, the National Association of Broadcasters, MAGIC, the Specialty Equipment Market Association and RECon have met with LVCVA officials to provide coaching on the types of amenities that would help keep their respective shows in Las Vegas. All of them envision the prospect of growing, and CES already is bursting at the seams.

The case for more

Having more venues provides the opportunity to bring fairly large shows to town at times when big events are already on the calendar.

As for new shows, the LVCVA has shown interest in attracting the technology and medical sectors to the city and, in some cases, stealing them away from where they’ve met traditionally. Oracle is a perfect example. The company is located in Silicon Valley and always has met in San Francisco. Higher hotel room prices forced the company to look at other venues, and Las Vegas won out.

In the case of The Expo at World Market Center Las Vegas, downtown will get the opportunity for a quality meeting facility and not the temporary tent structures near the World Market Center campus. That should boost downtown’s fortunes, especially with new room product coming online later in the year.

Experts say the future growth of the meetings industry may depend on new room inventory. More than 6,000 rooms are expected to be added in Las Vegas over the next two years.

Amy Calvert, CEO of the Washington-based Events Industry Council — which represents more than 19,500 companies and properties involved in the events industry — said conventions act like a miniature urban accelerator, bringing thought leaders, researchers, investment and educators to a city.

And conventions could present business leaders with incentives to expand their operations to Las Vegas, according to RCG Economics principal John Restrepo.

But now, take a look at the dark side.

A recession could make some of those meeting venues dark.

While economists have said they don’t expect a recession within the next two years, Applied Analysis’ Jeremy Aguero said a significant economic downturn would “absolutely” impact the convention industry, even if the shock wouldn’t be felt immediately. Because conventions are often booked years in advance, conventions would likely help stabilize the number of visitors traveling to Las Vegas in the short term.

“There may be fewer attendees, there may be less exhibitors … there may be some conventions that fall off,” Aguero said. But “forward looking bookings are what really matter, and they look pretty healthy in that regard.”

Then there are those in the tech industry who advocate more virtual meetings, calling them far less expensive than traditional conventions.

Las Vegas is betting big — at least $2 billion invested — on meetings and conventions.

A big payoff can be expected if we haven’t overdone it.