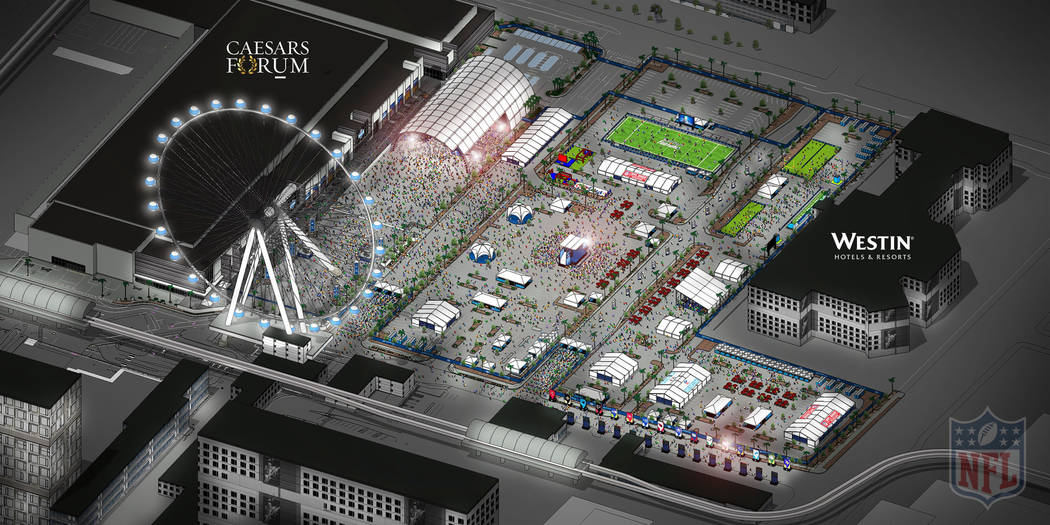 I really hope I’m wrong about this, but I can’t see how 750,000 people are going to attend NFL draft festivities in Las Vegas in April.

That’s the number Raiders owner Mark Davis said he expected Wednesday when the team had a ceremony to officially become the Las Vegas Raiders.

The NFL, the Raiders and the Las Vegas Convention and Visitors Authority did a masterful job of proposing a series of street closures in preparation for the three days in which 32 NFL teams, including the Raiders, will choose which college football players they hope to sign to play for them.

The 2020 draft has blossomed into an extraordinary public spectacle and a made-for-Las-Vegas event that will draw football fans for a celebration that’s going to look a lot like three straight nights of New Year’s Eve here.

A 600,000 visitation number was a standard set by Nashville, Tennessee, the site of the 2019 draft and home of the Tennessee Titans. To date, that has been the largest draft gathering the NFL has seen, but Commissioner Roger Goodell has pressed his staff to get bigger and better every year.

Las Vegas is expected to set a new standard. Player introductions will take place in the middle of the lake at Bellagio with a fountain backdrop. Then the announcements by Goodell and others about who is drafted will take place on a stage near the Caesars Forum, in the shadow of the High Roller observation wheel.

The phenomenon of holding the draft in different cities is relatively new. For years, names were announced and fans cheered approval or hooted displeasure in New York.

While the city’s over-the-top draft treatments and the spectacle of Las Vegas will be hard to beat, whether the city will be able to outdraw Nashville may be another story — “may be,” because it helps to know how Nashville arrived at its 600,000 attendance estimate.

It came from turnstile numbers of people attending the free NFL Draft Experience, a collection of interactive exhibits and immersive activities near the main stage. The 600,000 attendees could have included people who took in all three days and entered three times.

Many more locals were bound to attend in Nashville. The area includes Franklin and Murfreesboro, each of which has a population of more than 75,000.

There are 61 communities within an easy drive of Nashville. Two other large population centers, Memphis and Knoxville, are three hours away, making for an easy day trip.

Las Vegas, meanwhile, has Henderson, North Las Vegas, Boulder City, Mesquite and maybe St. George, Utah, to draw upon. The drive-in market might also include California, and there surely will be some who fly in for the draft and stay at local resorts.