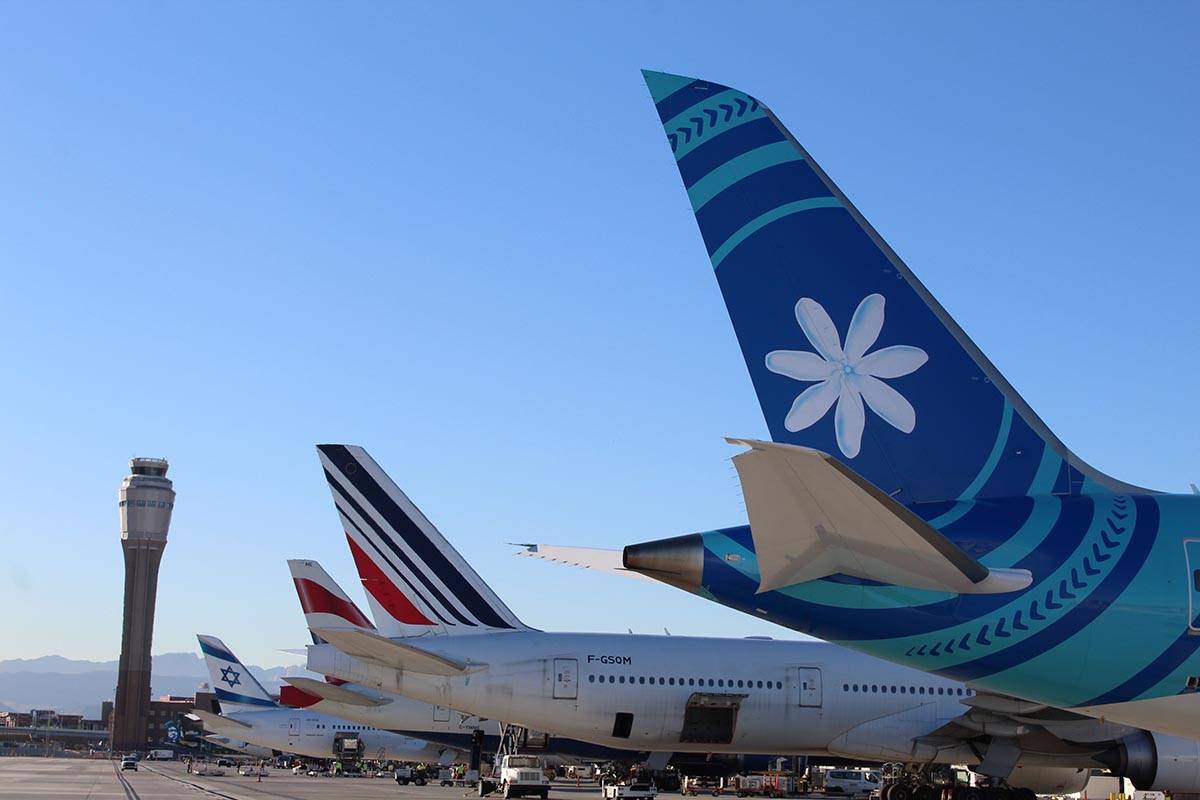 The puzzle pieces are starting to fall into place in Southern Nevada’s COVID-19 recovery, except for one really important segment — international travel.

McCarran International Airport’s director of aviation, Rosemary Vassiliadis, last week made sure to explain to federal government leaders that tourism, especially for Las Vegas, is incomplete without that component.

Much of solving the international travel stoppage is beyond U.S. control, but Vassiliadis, in testimony before the subcommittee on Tourism, Trade and Export Promotion led by Sen. Jacky Rosen, D-Nev., explained why it’s essential to keep working at it.

Attracting the domestic customer appears to be on track.

Visitation from California continues to be impressive, so much so that it has resurrected an old problem of Interstate 15 traffic jams for visitors on their journey home. Infrastructure improvements, whether that’s additional I-15 lanes, high-speed rail or conventional Amtrak service, are at least in the discussion stages.

Southern Nevada resorts have managed to keep their room rates at high levels, and while that’s not the kind of news consumers like to hear, it’s important to the companies that are rehiring workers. Some resorts are so confident in the rebound that they’re reinstating parking fees, another cost that consumers won’t be crazy about, but a positive sign for the rebound.

We like international visitors because they tend to stay longer and buy more when they’re here. Higher gaming revenue often is attributed to the international mix — check out baccarat play — and many conventions and trade shows, which also are on the mend, depend on delegations coming from foreign countries. Around 15 percent of CES’ 175,000 delegates come from overseas.

In her appearance before the subcommittee, Vassiliadis said international flights are coming only from Mexico. Before the pandemic, there were flights from 11 foreign countries. A real killer seems to have been the lack of flights from Canada, where thousands of snowbirds annually make their way to Las Vegas from Canadian cold country. Now that it’s nearly summertime, there needs to be a fresh reminder on how important that traffic is to the city.

“Over the first four months of 2021, our international volume has amounted to less than 80,000 passengers,” Vassiliadis told the subcommittee. “However, there is hope on the horizon. Almost every week, I or members of my team hear from representatives of international air carriers expressing interest in quickly resuming flights to Las Vegas.”

Before the coronavirus set in, international visitation hit 3.8 million passengers in 2019. It’s imperative to get back to that level before we can consider Southern Nevada fully recovered.

Vassiliadis offered a few ideas with hopes that international travel can be salvaged for the 2021 summer travel season.

Reuters reported last week that the Biden administration is weighing several strategies on how to get foreign tourists back but hasn’t made any decisions.

The news agency said European Union countries agreed Wednesday to ease COVID-19 travel restrictions on non-EU visitors ahead of the summer tourist season, a move that could open the door to all Britons and to vaccinated Americans.

Ambassadors from the 27 EU countries approved a European Commission proposal from May 3 to loosen the criteria to determine “safe” countries and to let in fully vaccinated tourists from elsewhere.

A coalition of U.S. and European travel, airline, union, business and airport groups has called for a full reopening of the U.S.-U.K. air travel market “as soon as safely possible” — and there are hopes that both governments will lift restrictions by early June.

More advocacy to fix the international dilemma is needed to get full recovery in a safe manner on track.

The city’s tourism economy is depending on it.