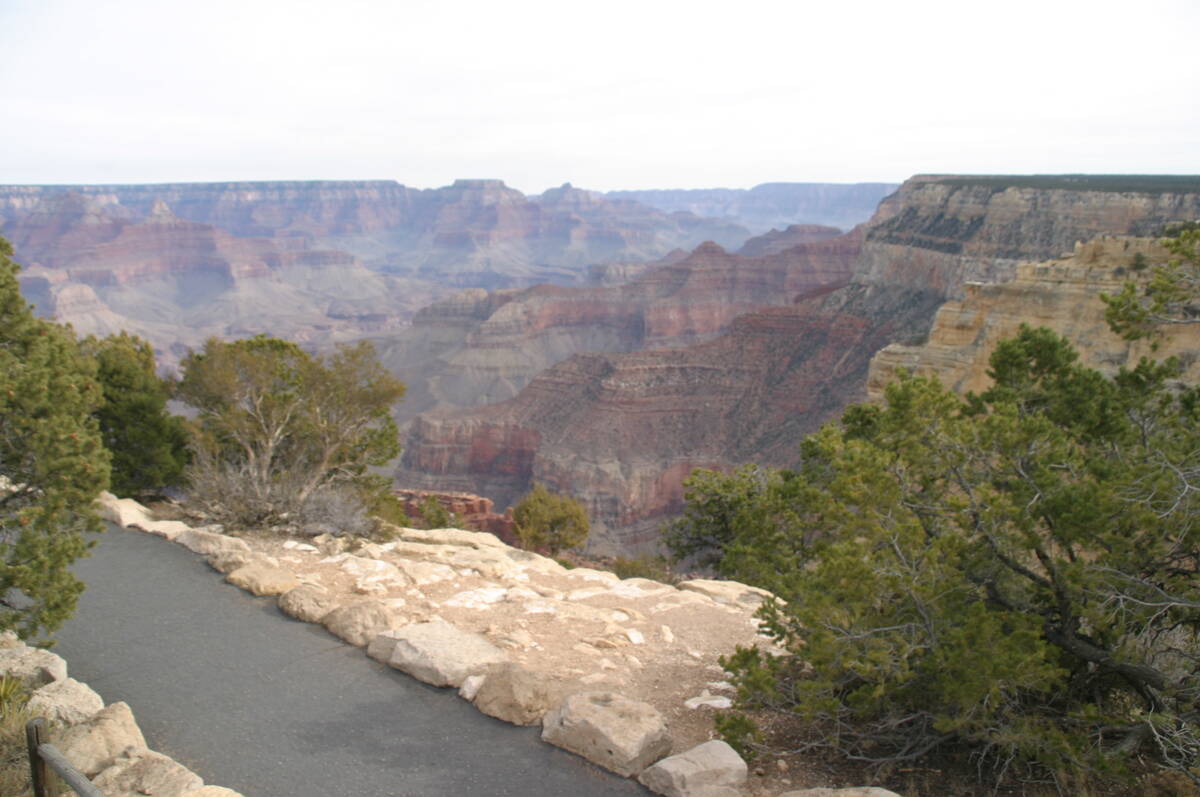 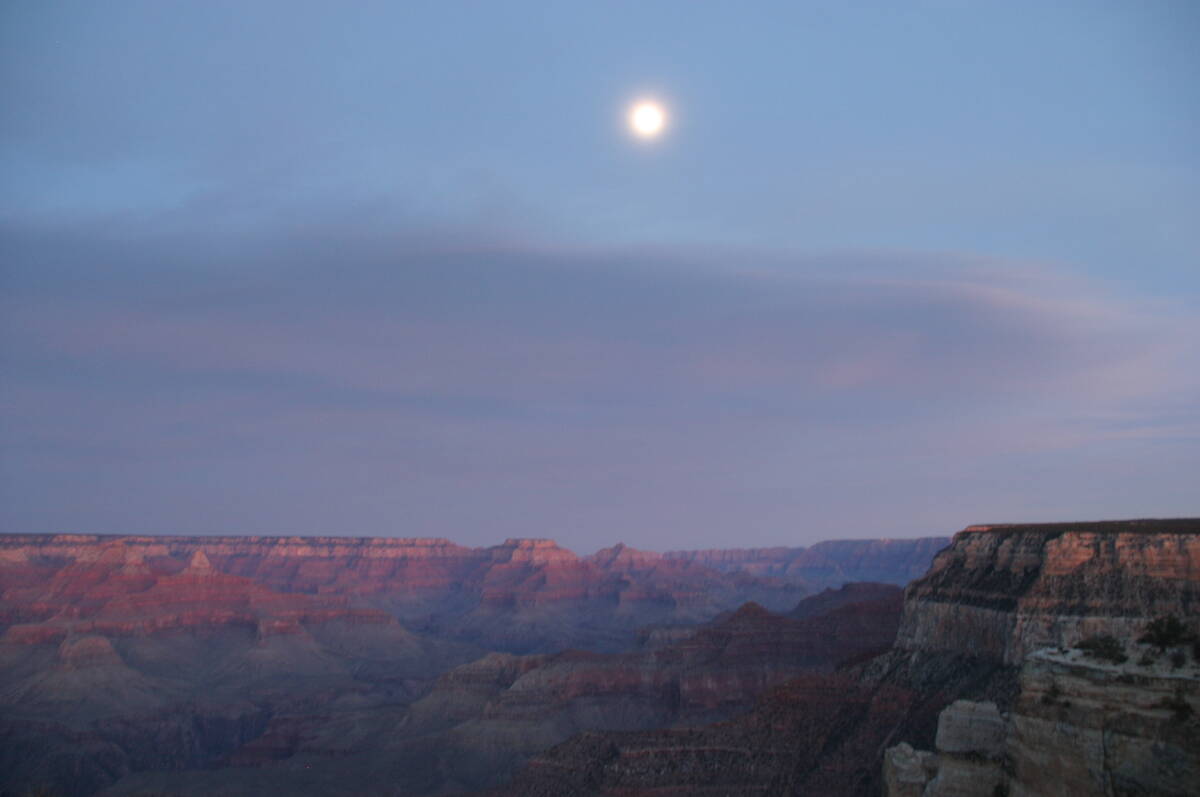 The Grand Canyon at moonrise from the south rim near Hermit's Rest on Dec. 30, 2017. (Richard N. Velotta/Las Vegas Review-Journal) @RickVelotta 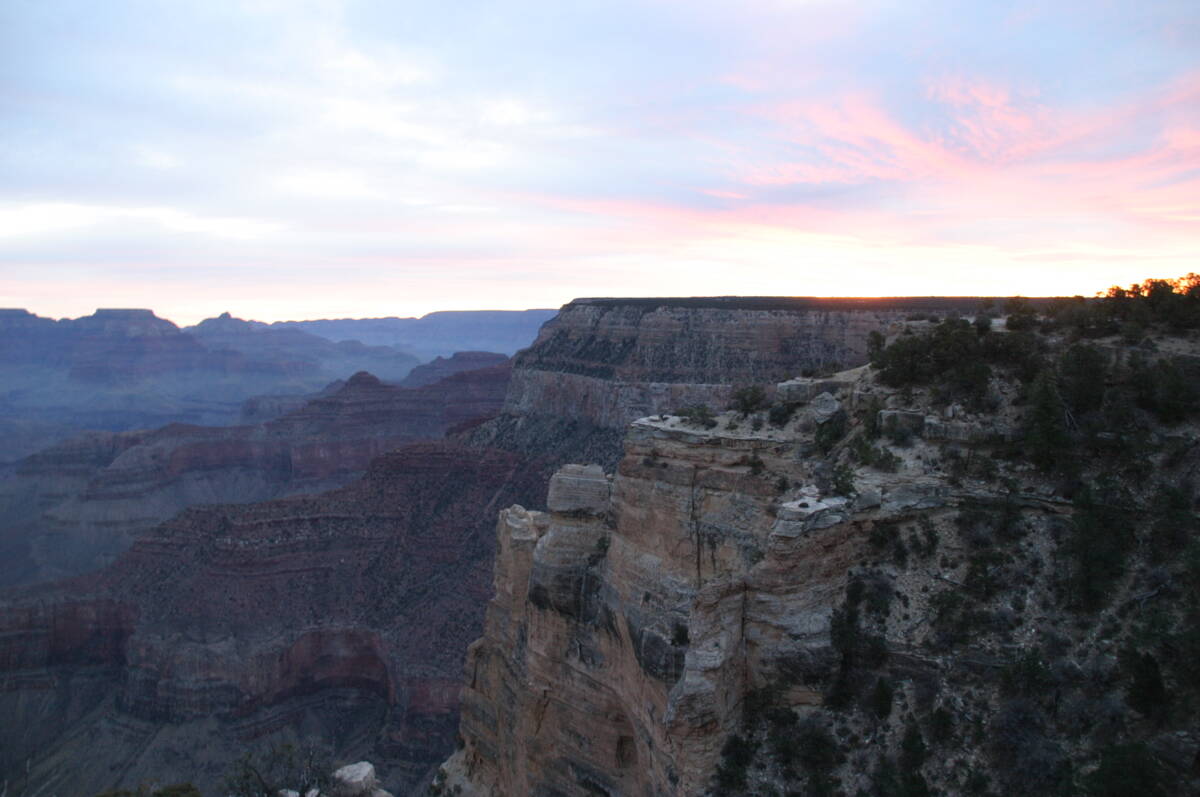 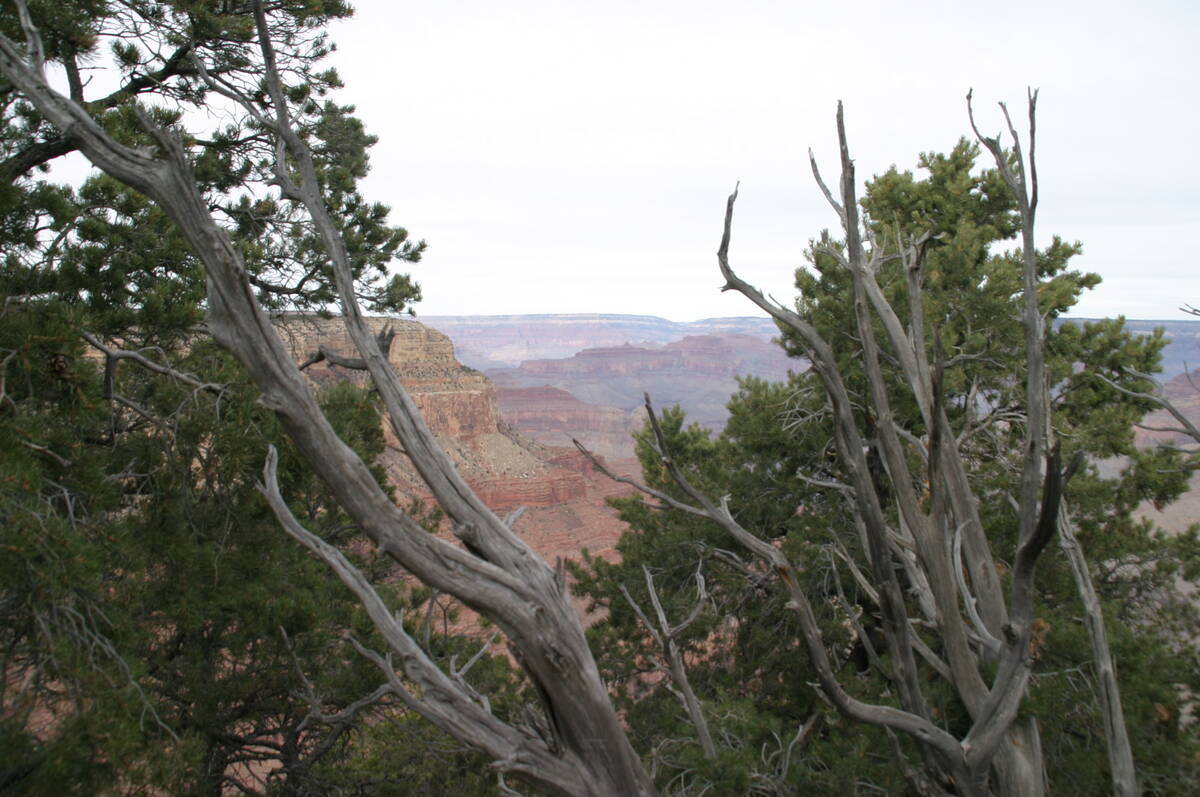 It’s easy to forget that many visitors to Las Vegas — especially those coming from overseas — don’t view us just as a swinging resort city filled with casinos, dining, entertainment and sports.

They see Las Vegas as a home base for journeys to national parks and the natural wonders the American Southwest has to offer.

Harry Reid International Airport reported last week that 40.8 million travelers have flown into Las Vegas in the first 10 months of 2022, and the number of overseas arrivals is steadily climbing and still hasn’t reached pre-pandemic levels. International arrivals over 10 months is up 305 percent to 2.1 million passengers.

But the attraction that has the most interest is 4½ hours away by car — Grand Canyon National Park.

The Grand Canyon is popular with visitors to Las Vegas because there are bus lines that travel there and helicopter and air tours, and it’s a popular rental car destination for those who arrive from Europe and Asia.

Possibly the most difficult destination to get a reservation for at Grand Canyon is Phantom Ranch, a collection of cabins in a small oasis on the Colorado River along the Bright Angel Trail. The only way to get there is by hiking 10 miles, riding a mule from the South Rim or stopping there while on a river raft tour.

Phantom Ranch is observing its 100th year of operation this year, and because the National Park Service is planning to remodel lodging units beginning in May, visitors won’t be able to book a reservation for months.

The National Park Service has established a lottery system, but to win a reservation, an application must be made 15 months in advance of a stay. About 1,000 visitors a year are lucky enough to be selected in the lottery to book a reservation.

Xanterra took over vendor responsibilities from Fred Harvey in 2002.

While a stay at Phantom Ranch may be the ultimate getaway from the traffic and crowds of most cities, there’s still plenty to do at the Grand Canyon’s South Rim, according to lodging concessionaire Xanterra Travel Collection.

There is the Grand Canyon Railway, a 65-mile steam train attraction from Williams, Arizona, to the South Rim. Built in 1901, the railway originally transported copper ore, but it became a conveyance for tourists when mining didn’t pan out.

Now, 90-minute rides on trains pulled by the 310-ton 4960 steam locomotive operate daily. The locomotive was acquired in 1989 and is known locally as the “French Fry Express” because it is powered with recycled vegetable oil. In November and December, some rides become the “Polar Express,” named for the classic children’s book by author and illustrator Chris Van Allsburg that later became a popular film starring Tom Hanks.

There are also rim-side hiking trails, mule rides and shuttle buses that operate year-round to Hermit’s Rest, west of the South Rim village. The rim road east to the Desert View Watchtower provides multiple locations to watch the sun set or rise.

Don’t get me wrong, Las Vegas is a fabulous place to visit, and millions come every year to check out our world-famous casino resorts.

But the Grand Canyon is a great getaway for locals as well as a perfect home base for those who thrive on the great outdoors.