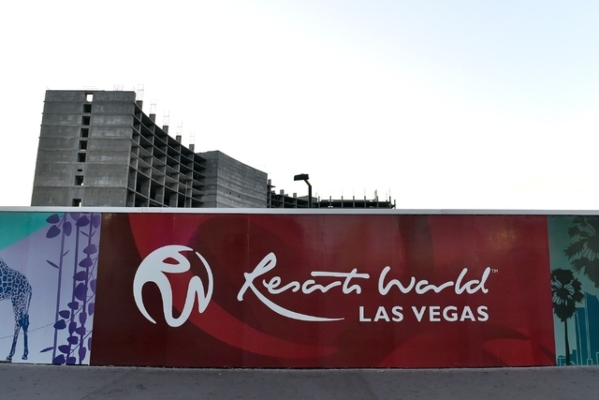 Not many folks predicted that daily fantasy sports would dominate the headlines over the last half of 2015.

That was before DraftKings and FanDuel blasted television audiences with commercials that had more airtime than the actual football games.

Meanwhile, the business operators showed an arrogance not seen in nearly a decade, when offshore online gambling websites heavily advertised their products before the Unlawful Internet Gambling Enforcement Act of 2006 closed them out of the marketplace.

That’s the trouble with making predictions. It’s not an exact science.

Still, as we roll into 2016, I’ll take a stab at what the gaming landscape will look like in year dominated by the presidential campaign and other national news events.

The first prediction is pretty easy: the Chapter 11 reorganization of Caesars Entertainment Corp.’s largest operating division will continue to be a full-service employment program for bankruptcy lawyers. The report by a court-appointed examiner — originally due in December but delayed — will be the key puzzle piece determining if the plan is approved.

Sandoval might not be governor in 2017, having accepted a cabinet position, a federal judgeship or some other appointment in a new presidential administration. I think he’d like to be on the Strip site when construction work actually begins this year.

As for the neighboring Alon project, last month’s news that Australian billionaire James Packer quit the board of casino giant Crown Resorts Ltd. was a good sign for the estimated $1.9 billion development. Packer, who still owns 53 percent of Crown, wants to focus on gaming projects around the world, including Alon, which he owns in partnership with former Wynn Resorts Ltd. executive Andrew Pascal and Oaktree Capital. Despite reports the project is having funding issues, Packer’s focus and attention could be fuel that brings Alon to life.

Real estate investment trusts will continue to make headlines in 2016. Gaming and Leisure Properties Inc., the casino industry’s only REIT, will complete its $4.75 billion purchase of regional operator Pinnacle Entertainment’s 15 casinos this spring. GLPI is expected to complete its deal for Pennsylvania racetrack casino once it finds an operator (Pinnacle, maybe?).

MGM Resorts International’s REIT process will move forward in which 10 of its properties — including seven on the Strip — will be included in the new company that will be 70 percent owned by the casino giant. Of course, a grandstanding investor with a less than 1 percent ownership stake will try and influence the process. He’ll be brushed off like an annoying insect.

As for Macau, the Chinese gambling market — headed for its 19th straight monthly revenue decline in December — will continue to falter. But Macau results will flatten because the monthly comparisons from 2015 are so bad there is no other direction to go but up.

All three multibillion resorts in Macau from MGM, Wynn Resorts Ltd. and Las Vegas Sands Corp., will open in 2016, albeit with fewer table games than they have requested from gaming authorities.

The mainland Chinese government will implement some reforms to help prop up the sagging Macau market.

Here’s a shot in the dark: merger talks might heat up between two unusual partners — Genting and Wynn. A deal would give Wynn a location in Singapore — a market he coveted — and Genting a foothold into Macau. Macquarie Securities gaming analyst Chad Beynon liked the idea but considered it a long shot.

“Wynn had previously noted that if two-plus-two equaled five, it would consider (a merger),” Beynon told investors. “We continue to believe that Genting and Wynn appear to be good strategic fits given the different markets, the quality of brands and the opportunity to create a global powerhouse.”

As far as Internet gaming goes, bills that would roll back the Wire Act to its pre-2011 interpretation — shutting down legal online business in Nevada, New Jersey and Delaware — will go nowhere. Same is true for legislation that would legalize Internet poker nationwide.

The issue will be decided by the states. Either California or Pennsylvania — or both — will legalize Internet gaming, reviving the business. If California legalizes Internet poker, Sandoval and Gov. Jerry Brown will sign an interstate agreement. That move will send several Nevada casino operators scurrying into the Golden State to take advantage of the new business model.

As for daily fantasy sports, the debate on whether the activity is gambling will continue.

Nevada won’t change its stance that operators of the sites need to be licensed. DraftKings and FanDuel are awaiting an appellate court ruling on the sites’ lawsuit after they were shut down by New York’s attorney general, who called them gambling. Just before Christmas, Illinois’ attorney general ruled daily fantasy sports was illegal gambling under state law.

Look for other states to implement regulations on daily fantasy sport in this year.

— Howard Stutz’s Inside Gaming column appears Wednesdays and Sundays. He can be reached at hstutz@reviewjournal.com or 702-477-3871. Find him on Twitter: @howardstutz