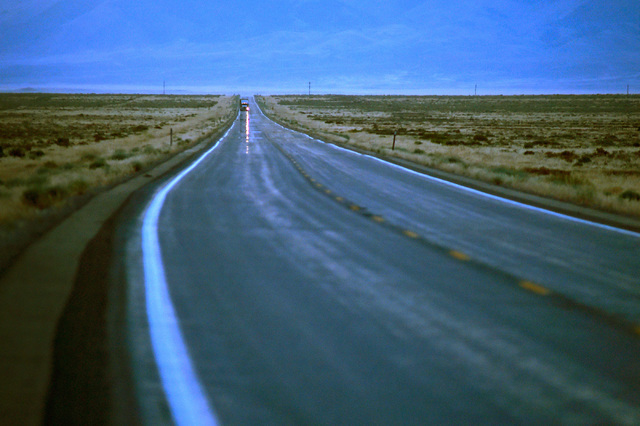 This week, when people are thinking about Fourth of July road trips and getting out of town, there’s good news and bad news about a recent study commissioned by WalletHub ranking the best states in the country to get on the open road.

The good news: Nevada ranked No. 7 in the country, ahead of Colorado and California. The bad news: The state might have gotten shortchanged in some of the data sets within the study.

To be sure, the study covered lots of ground and placed values on 22 metrics to determine where travelers can get the best bang for the buck.

When most people think “road trips,” they’re considering getting out to see the entire state, not just that boulevard known as the Strip.

The Nevada Commission on Tourism has worked hard over the past few years to build a brand that not only draws adventurous millennials looking for an experience but traditional travelers who appreciate amazing scenery and sunsets.

The small state agency operates the TravelNevada website, built a cool app to provide information in corners of the state without cell coverage and this year published six road trip routes that cover a variety of rural attractions.

Some details from the WalletHub study:

— Nevada ranked first for number of nightlife options per capita and cost of camping; third in number of attractions; fourth in lowest prices for three-star hotels; 13th in vehicle miles per capita; and 18th for access to scenic byways.

— The negatives included having the fourth-highest number of car thefts per capita and fifth highest gasoline prices among the 50 states.

— Nevada ranked fourth in the activity metrics, 13th in costs, but 45th in the safety metrics. Top states were California for activities, Wyoming for costs and Minnesota for safety.

— States with high numbers of national parks were rewarded — but state parks didn’t count in the rankings. That means Nevada didn’t get many points for Great Basin National Park and Lake Mead National Recreation Area and nothing for places such as Valley of Fire and Cathedral Gorge state parks.

— Nevada also didn’t get any credit for shoreline access, a benefit to six of the top 10 states on the Pacific, Atlantic or Gulf of Mexico. Lake Mead is one of Nevada’s most visited parks, and Lake Tahoe is a highlight to millions of visitors.

— The state’s top ranking for camping affordability makes sense with all of the low-cost U.S. Forest Service, Bureau of Land Management and state park camping availability, right? Wrong. While it’s true that camping is one of Nevada’s best travel bargains, the camping metric was measured on six private campgrounds, all KOA-branded. At least Nevada KOAs are cheaper than others around the country.

Claudia Vecchio, director of the Commission on Tourism, was generally happy with the WalletHub study and how it treated Nevada and agreed that the camping, parks and shoreline metrics could have been better balanced.