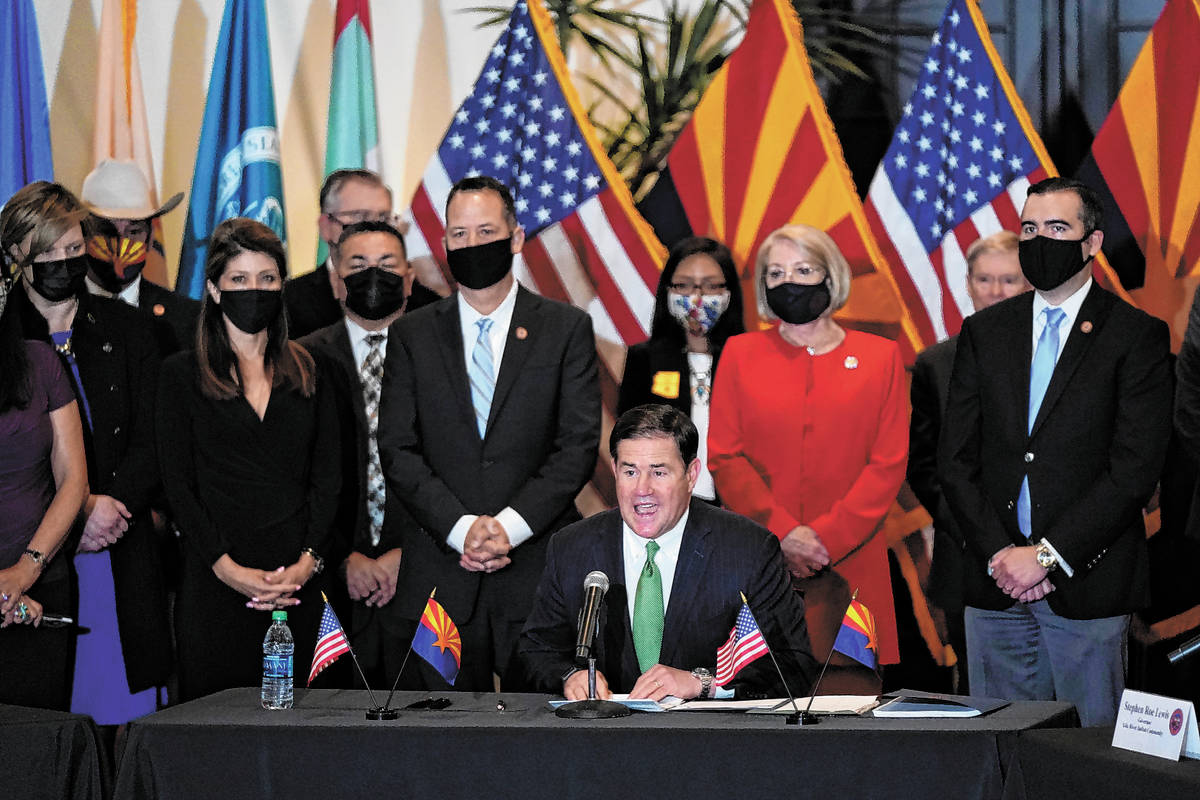 Republican Arizona Gov. Doug Ducey speaks at a bill signing allowing a major expansion of sports betting in Arizona at an event at the Heard Museum, April 15, 2021, in Phoenix. (AP Photo/Ross D. Franklin)

The Arizona Department of Gaming has licensed 10 Arizona Indian tribes to offer sports wagering, including two with ties to Nevada companies.

The agency late Friday produced the list of 10 tribes that will be allowed to take bets on games beginning Sept. 9. The department also announced that eight professional sports teams and organizations also have been licensed. The Arizona law enabled 10 tribes and 10 sports organizations to request licensing.

“During the rulemaking process for event wagering, the department made it a priority to gather as much public and stakeholder comment as possible, particularly on aspects such as license allocation,” Department of Gaming Director Ted Vogt said in a statement issued Friday. “The allocation decision we are announcing today is a direct result of these efforts, helping to ensure the impartiality and fairness of the process for all applicants.”

Tribes that won licensing and professional affiliates they have partnered with include:

— The Hualapai Tribe, based in northwestern Arizona and the closest operation to Las Vegas, partnering with Golden Nugget, Houston, operated by Fertitta Entertainment and its top executive, Tilman Fertitta.

— The Navajo Nation, the largest tribe in the United States.

The eight sports teams that were granted licenses include: