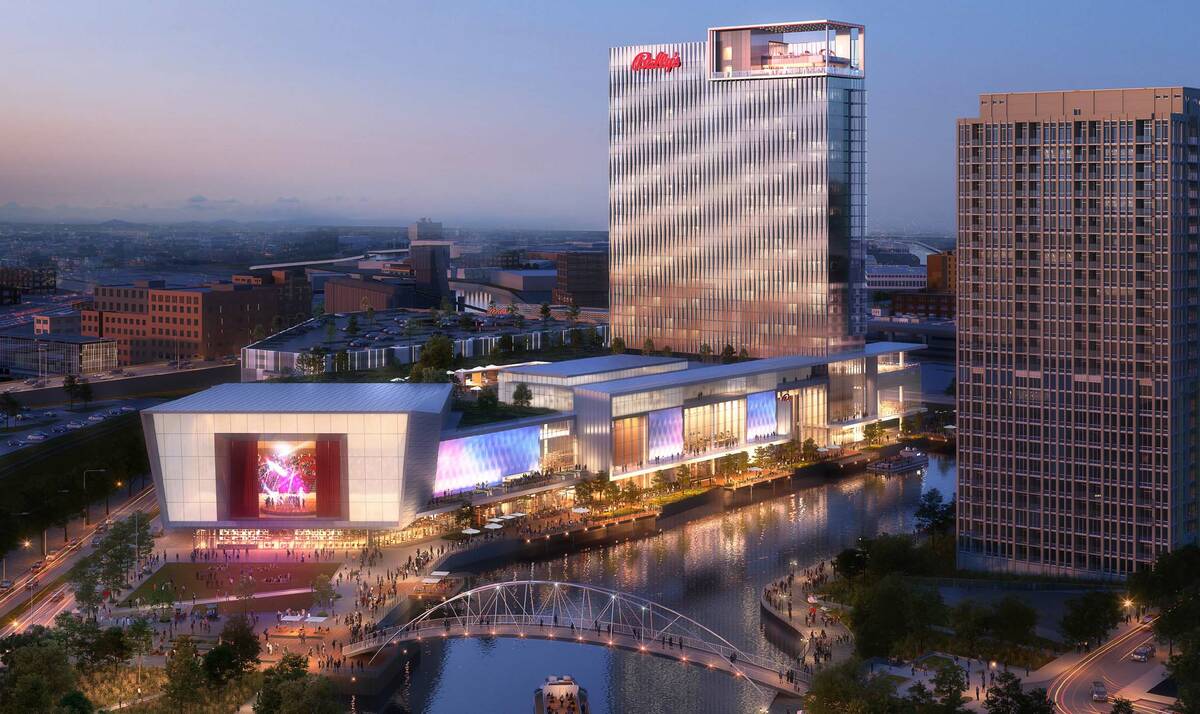 Bally’s Corp., a fast-growing Rhode Island gaming company that is in the process of acquiring operations of the Tropicana in Las Vegas, has been selected as the sole licensee of Chicago’s planned casino.

Chicago Mayor Lori Lightfoot on Thursday announced the $1.7 billion casino resort would be built on the site of the Tribune Publishing Center near the Chicago River in the central part of the city.

Thursday’s announcement ends a yearlong request-for-proposals process that began with five proposals from four bidders, which was then narrowed to three finalists in March. Chicago had considered the development of a casino for 30 years.

“I am proud to announce that Bally’s Corp. will create a world-class entertainment district in our city that will delight residents and tourists alike,” Lightfoot said in a statement.

“Following significant analyses and community input on all aspects of our three finalists for Chicago’s casino license, the selection committee and I have chosen Bally’s to move forward in the development of the city’s first integrated casino resort. We are confident that Bally’s Tribune Publishing Center development will shore up the city’s pension funds, create thousands of good-paying jobs, and lead to a bright financial future for our city.”

The Tribune site was one of two put forth by Bally’s. The winning bid beat out plans submitted by Hard Rock International, Rivers 78 Gaming and Rush Street Gaming.

Of the four applicants, Bally’s was the only company that didn’t have an existing casino in the Chicago area.

From the start, Lightfoot said she had hoped a developer with experience building in Las Vegas would submit a bid proposal. But most of Las Vegas’ major casino operators balked at the Chicago plan because of the planned high tax rate.

The legislation authorizing the casino allows the winning bidder to establish a temporary casino site while construction is underway. Bally’s anticipates operating a temporary casino at the Medinah Temple, chosen due to its proximity to major transit and retail and hospitality corridors, as well as its ability to assist in the city’s post-COVID revitalization.

“It is good to see a process finally unfolded and a selection has been made,” said gaming analyst Brendan Bussmann, founder of Las Vegas-based B Global. “This is definitely not the same company it was with its roots in Rhode Island, and this is their big stage to show how they have grown as a company.”

Bussmann said the Chicago selection will give Bally’s the opportunity to show what it can do in a market larger companies took a pass on.

“For those that have followed this process from the beginning, Chicago can give the future New York process some food for thought on how this process may push forward in the city,” Bussmann said. “Tax rate, local commitments and operational environment all play a factor in creating a development. The better the environment, the greater the revenue opportunity for both the operator and the government.”