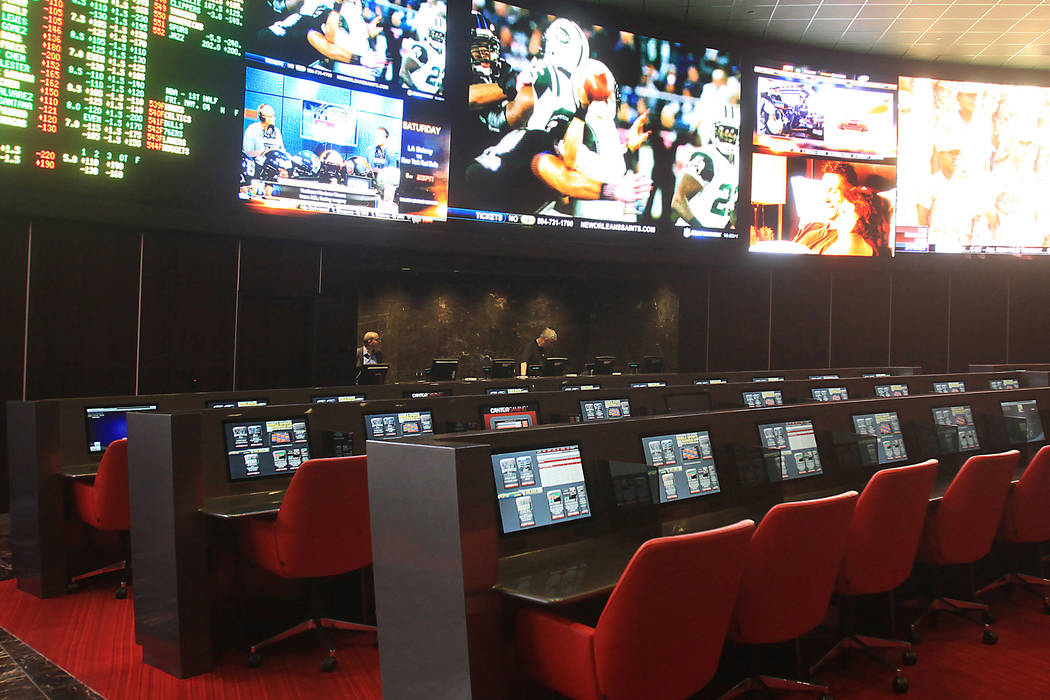 If CG Technology was expecting the Nevada Gaming Commission Thursday to approve a slap on the wrist for several sports betting violations, they were in for a nasty surprise.

CG Technology — which operates sports books for the M, Hard Rock, Tropicana, Cosmopolitan of Las Vegas, The Venetian, Palazzo, Palms and Silverton — was accused of taking wagers from outside the state, taking bets after events had concluded, making incorrect payouts to 1,483 bettors and misconfiguring a satellite sports book betting station for the 2018 Super Bowl.

Commissioners unanimously rejected a $250,000 settlement the company had reached with the board on four counts of gaming violations, saying withdrawal of its license should be considered. CG Technoloy admitted to all charges in the settlement.

They chastised CG Technology for appearing before them for “major hiccups” for the third time in four years, saying the company’s behavior threatened the state’s gaming reputation.

“For me, this isn’t a fine issue. It is a revocation issue,” said Commission John Moran. “I can’t think of a more egregious ongoing pattern of violations. If there was a hearing in the future, I would be leaning toward revocation, not a fine.’’

Moran said the fine didn’t even cover the state’s cost of the investigation, which he put at about $1 million.

Nevada Gaming Commission Chairman Tony Alamo said the fine should be at least the size of the $1.5 million fine imposed on CG Technology in 2016, if not a “multiple” higher.

“I have zero appetite to move forward on this agreement,” Alamo said.

As sports betting become legal in more states, the burgeoning industry is looking to Nevada for guidance, Alamo said.

“The country is watching. Sports betting has become front page and it’s a big deal. We are the gold standard,” he told CG Technology CEO Parikshat Khanna in explaining his rejection of the agreement.

Las Vegas Sands Corp., the owner of The Venetian and Palazzo, declined to comment. Spokesmen for Hard Rock, as well as Station Casinos, which owns the Palms, and Penn National Gaming, which owns M and Tropicana, did not immediately respond to a request for comment.

CG Technology, a division of Wall Street firm Cantor Fitzgerald, made a big splash when it entered the sports betting industry in the 2000s, but its growth has been hampered by the fines and reputational damage.

Nevada regulators fined CG Technology an industry-record $5.5 million in 2014 for allowing one of the company’s key executives to run an illegal sports wagering operation.

Two years later, CG Technologies was ordered to pay a $1.5 million fine after its clients received lower payments on their wagers than they were entitled to receive. That forced former president and CEO Lee Amaitis to step down.

The Supreme Court’s decision in May to overturn a ban on sports betting in most states has spurred some of the largest U.S. gaming companies to sign deals with sports books operators, including GVC Holding, William Hill and Paddy Power Betfair. CG Technology has been left out of the party and may even lose what is has.

“Because you can’t get your business in order, you are damaging the reputation of the gaming industry of the state,” Commissioner Deborah Fuetsch told Khanna.

“You have been called to the principal’s office three times. When does this kid not get to come back to school? There needs to be a decision like that made,” she said.