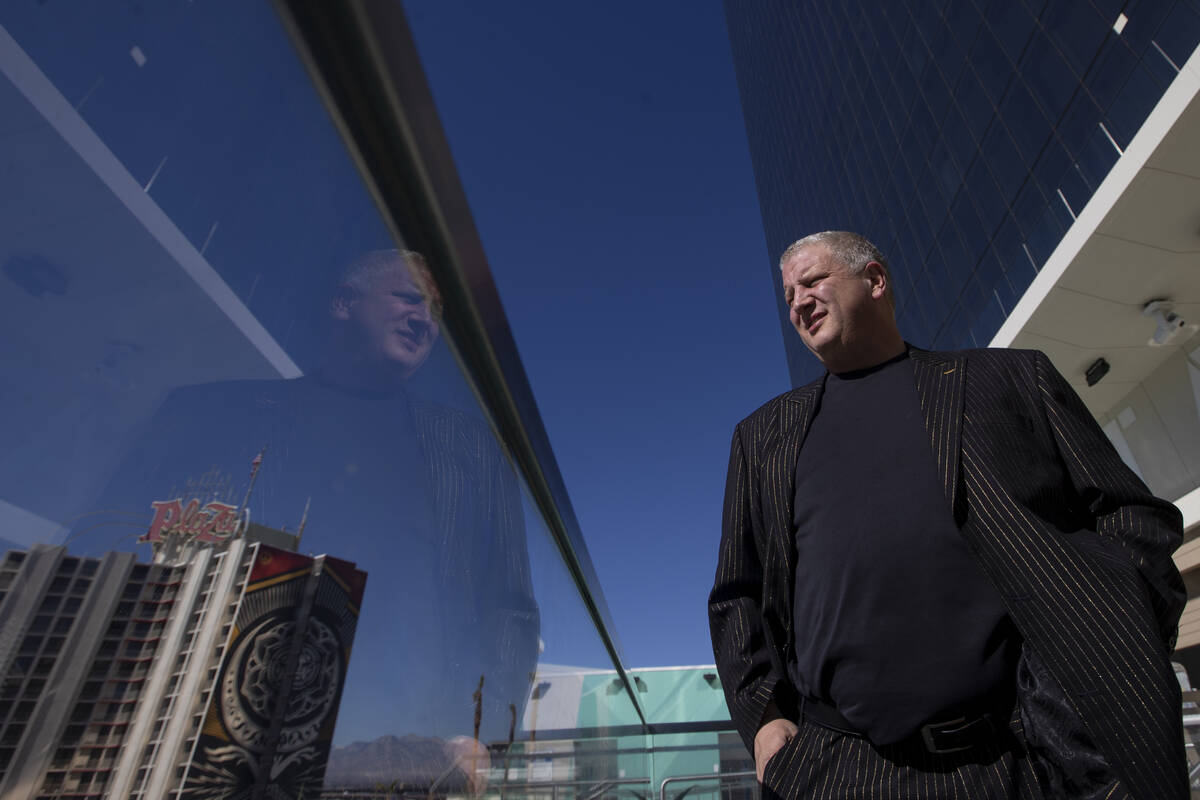 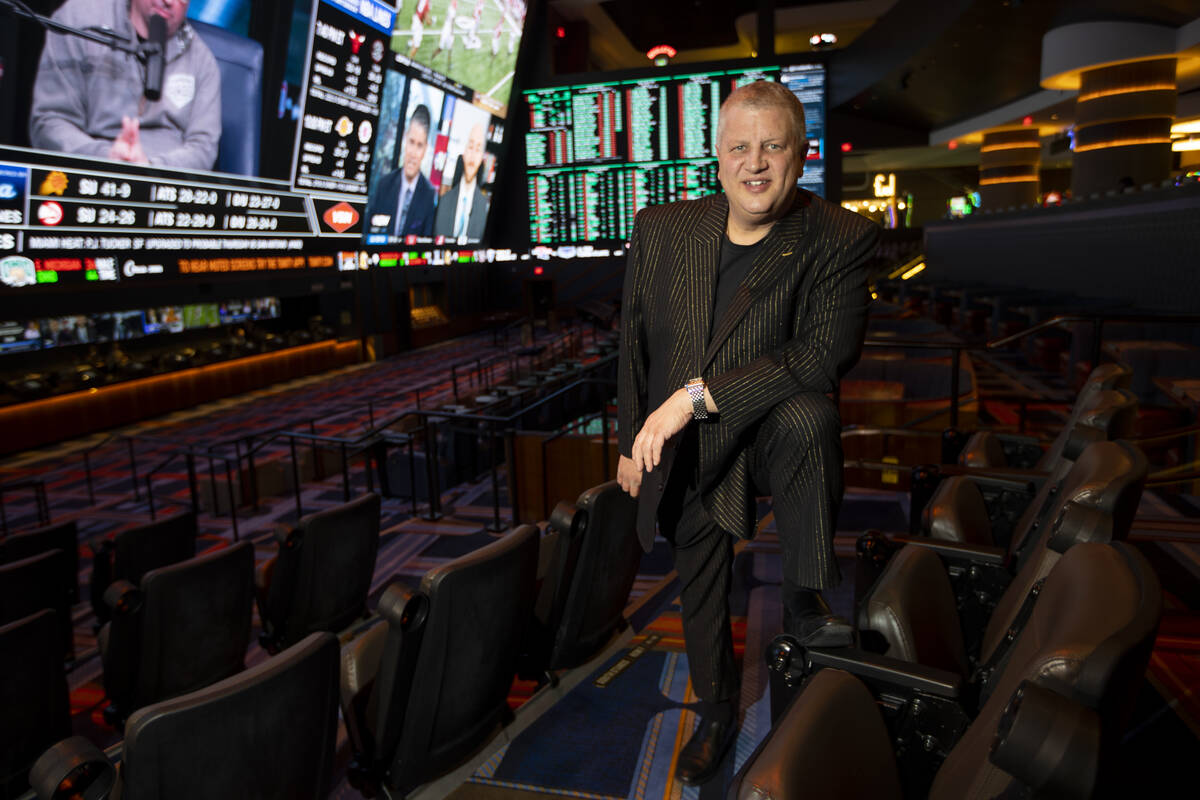 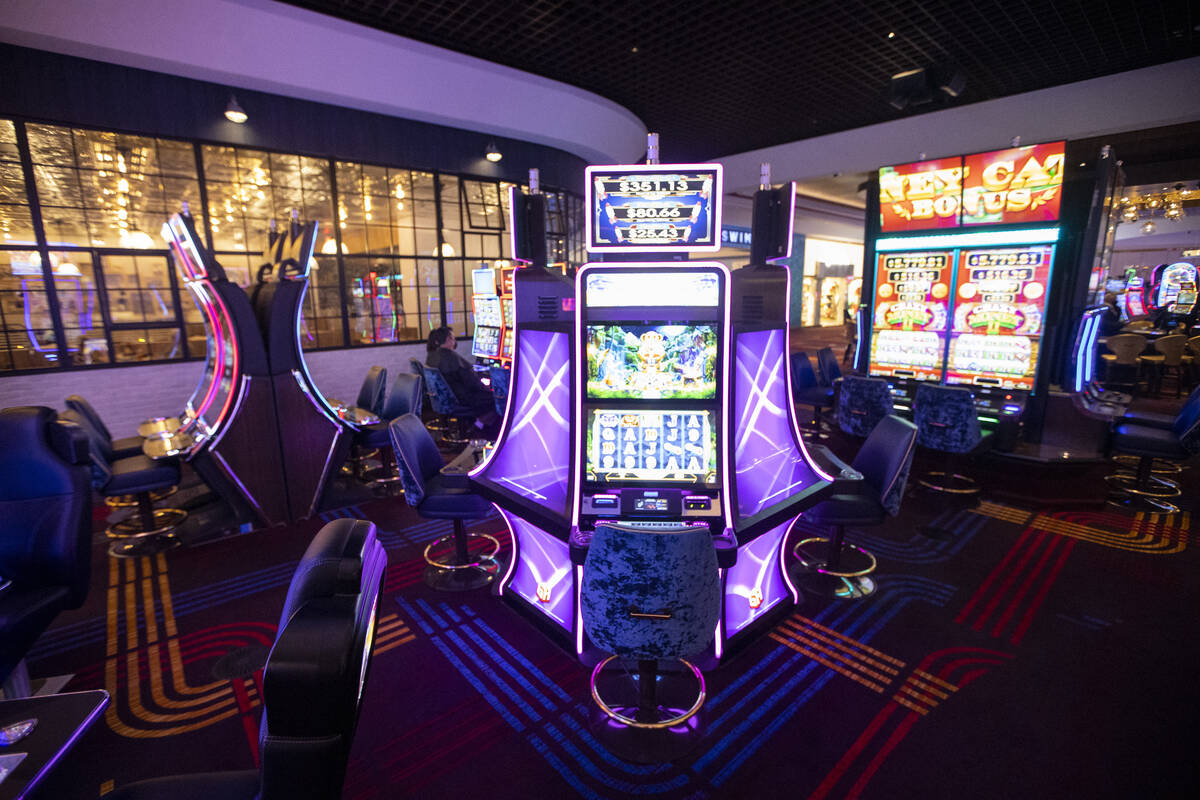 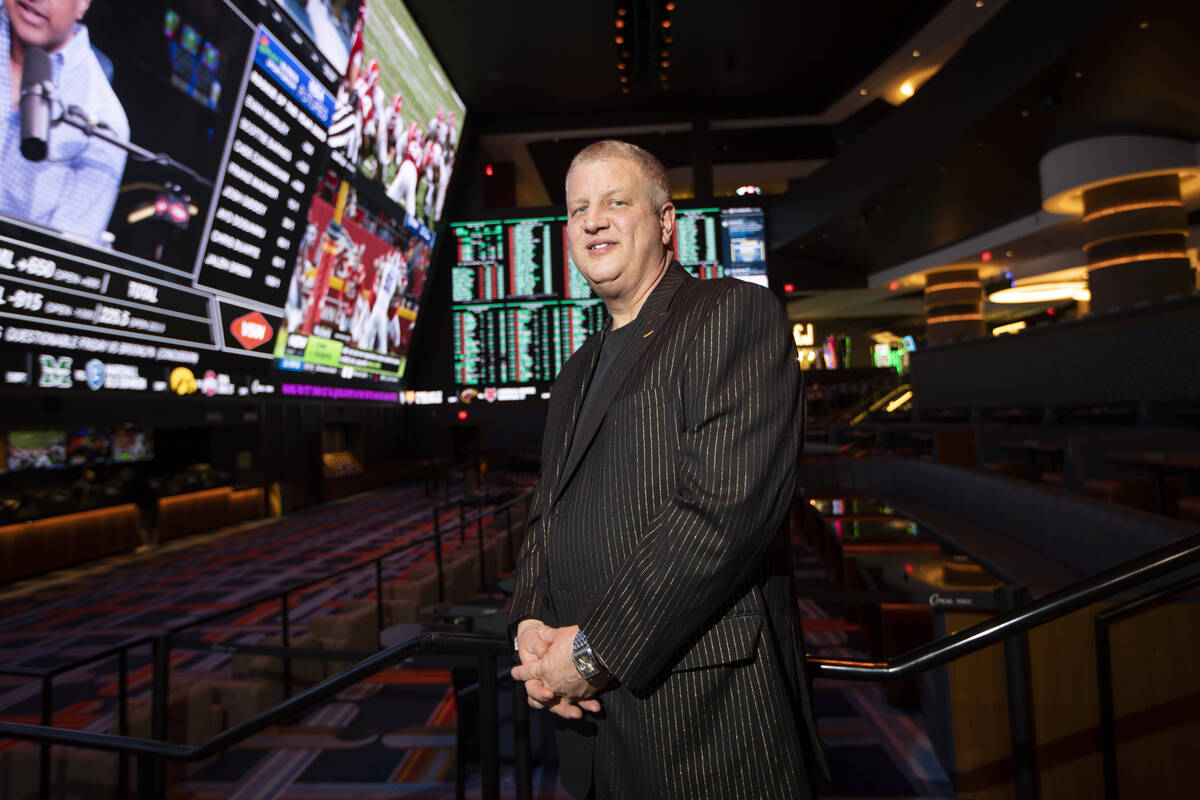 Las Vegas is always evolving, and few have helped change the face of downtown Las Vegas in recent years more than Derek Stevens.

Stevens and his brother, Greg, got their start as casino owners and operators in 2008 when they bought the century-old Golden Gate. By 2012, Stevens had bought Fitzgeralds farther down Fremont Street and transformed it into the D Las Vegas.

Stevens then set his sights on something bigger. Much bigger.

In October 2020, in the midst of the COVID-19 pandemic, Stevens opened the eye-catching Circa, a Strip-style resort that stands as the biggest casino in downtown, as well as the first all-new resort built in downtown in four decades.

Born in 1967 in Detroit, Stevens started coming to Las Vegas in the 1980s and quickly fell in love with the city. He earned a bachelor’s degree from the University of Michigan and a master’s in business administration from Wayne State University.

An unabashed fan of sports — and of betting on sports — Stevens brought that fandom to life at Circa with the world’s largest sportsbook. He’s even brought some of Michigan with him, with Saginaw’s Delicatessen from Ann Arbor sandwich legend Paul Saginaw open inside Circa.

More than a year after Circa’s opening, Stevens says there’s still plenty to come for the resort. As for his future and any potential casino projects, Stevens says he’s just looking forward to running downtown’s newest resort.

Stevens took some time to chat with the Las Vegas Review-Journal this month to discuss how business is going in downtown, the growth of sports betting across the United States, his philosophies and what he’s got planned for the future. The interview has been edited for length and clarity.

Circa was the first truly new resort in downtown in decades. What made you think a new, billion dollar resort could work here?

I was fortunate. I got to buy the Golden Gate 15 years ago, and then bought Fitzgeralds and turned it into The D. I always thought the amount of people that would come down to Fremont Street, who enjoyed Fremont Street, I always thought there was some room to have some new product here. And what we’ve really tried to do here is create a resort with a number of attractions, like Stadium Swim and the world’s largest sportsbook.

So remember, this is a project that started quite a while earlier. Effectively, the project started in August of 2015, so almost five years earlier. And then we go through demolition, design and then the build. So when the pandemic hit about six months before opening, we knew we were gonna keep going and keep going through it. And really for us, it worked out pretty well. We were fortunate that we had other operating casinos open down Fremont Street. So we were able to deal with all the varying directives. … We had an operational team that was ready and was in place and was able to handle a lot of the changing external elements that were taking place in Vegas and around the country.

Downtown has changed significantly over the years, and your casinos have been a large part of that. What do you make of the overall change in downtown in the last 15 to 20 years?

When I first came here in 2006, things were a little bit different. There hadn’t been a lot of capital put into downtown Las Vegas. And we kind of came in at the right time. Now you can make a joke that two years after I bought the Golden Gate, we had the big recession in 2008, 2009. But really what resulted from that was a lot of assets became less expensive. And Zappos moved their headquarters down here. And then there was a new city hall that was built. The groundwork for what’s happening at Symphony Park now was laid out. So there was a lot of great things that happened from 2009 through 2012 to kind of set things up for what’s happening today.

Circa has put a really large emphasis on sports betting and its sportsbook aspect. What made you want to go that route and why did you think that having something so focused on sports and sports betting would be successful down here?

I’ve always been a sports fan and I have always thought Vegas was a great community to have sports teams. The Golden Knights have proved that out. Having the Raiders here is terrific. We’re going to get an MLS team. I don’t think it will be too much longer before we get baseball and basketball as well. I’ve always thought that this is one of the greatest destinations to come and watch an event. The energy you get in Las Vegas, watching a big game, anything from opening day to the World Series. … Vegas is a destination place to watch sports and I’ve been fortunate enough in my life to be able to watch a lot of big events here and a lot of big games here and there’s no place like Las Vegas. … So what we did is we tried to create a great environment for people to come to Las Vegas and enjoy themselves.

You mentioned how quickly Las Vegas has become a sports town. How has that changed things from a resort-casino perspective, having those major sports teams?

Sports betting has really exploded nationally in the last three years, and so it’s kind of a race to capture that market. How has this expansion affected the local sportsbook model and business?

People ask me all the time, ‘What do you think about the proliferation of sports betting around the country?’ And I’ve been saying this for two years: I think it’s terrific. … This isn’t a risk for Las Vegas. This is good for Las Vegas. And the reason is, now there’s so much more attention put on sports wagering with national media. Now anytime you have a big national media company that puts out a line or point spreads, it gives people a reason to have an opinion. What it’s done is taken sports betting out from under a kind of negative cloud. Now it’s out in the open. And people, once they make their first sports bet and they watch the game, they understand it adds a little more excitement to the game. The fact that there’s more people betting in other states I’m confident enough that everybody’s gonna want to come to Las Vegas because this is the hub for sports betting in America. And I love the fact there’s more people making their first legal wagers in 2022 than there ever would have been in the past.

As far as Circa Sports goes, we like what we’re doing in Nevada. We’re up and we’re licensed. We’re running in Iowa, running in Colorado and we’d like to get into other states as well. We’re certainly not the biggest but I feel pretty comfortable in our business model and we look forward to growing both in Nevada and around the country.

What would you say is your philosophy for running a hotel-casino?

I’m blessed to be running a hotel-casino and I tell everybody this. Every customer that walks through these doors, let’s be thankful that they’re willing to give us 48 hours of their life or 72 hours of their life. The fact that someone from Columbus (Ohio) or somebody from Atlanta, or somebody from Salt Lake City is willing to spend their weekend here or potentially even just a few hours here, let’s be respectful. If they’re giving us their time, it’s our responsibility to give them the time of their life.

Do you have any interest in building or buying a property on the Strip?

We really like it here. We love Fremont Street. We love downtown Las Vegas, and we love to operate these businesses. The great thing about Vegas is you never really know what’s gonna happen to the future. Sometimes you gotta let the day or the business conditions or the economic conditions, you gotta let them come to you. And we’ll see what happens. We really like it here in downtown Las Vegas.

What about another casino downtown?

We like what we’re doing. I’m not looking too far ahead here. I mean in 15 years I haven’t looked too far ahead, kind of let things come to you. Let’s do something pretty great for the city.