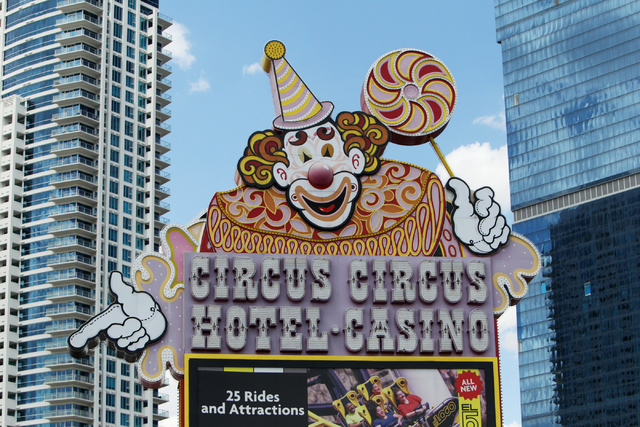 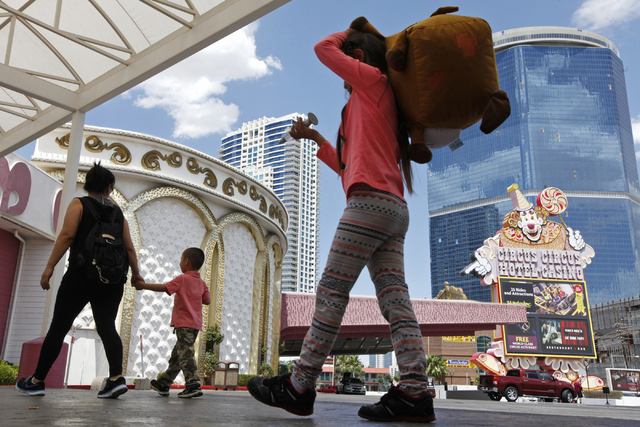 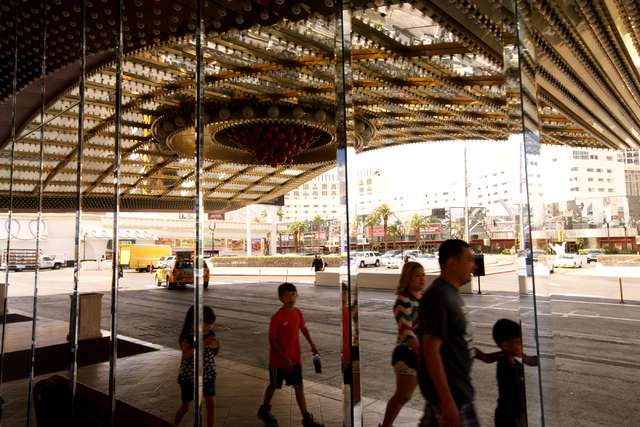 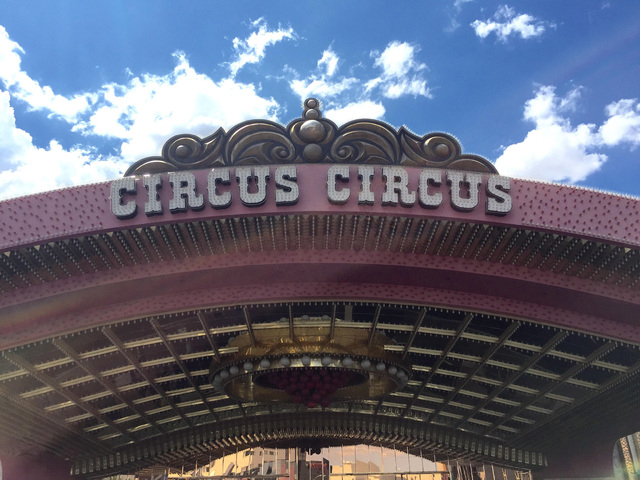 The sign outside Circus Circus welcomes visitors on the Strip in Las Vegas on Wednesday, June 10, 2015. (James Tensuan/Las Vegas Review-Journal) 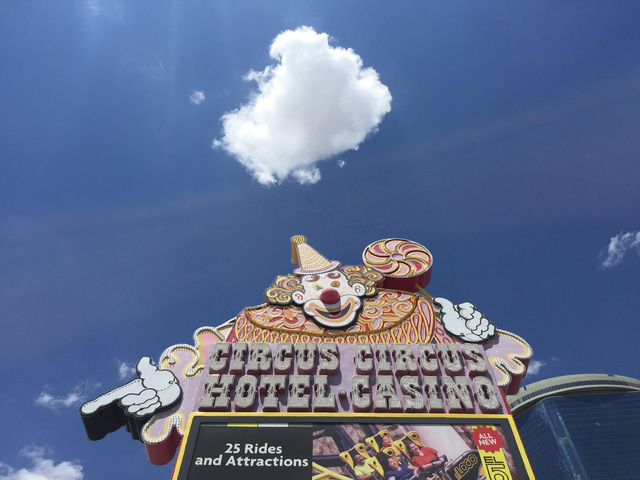 The sign outside Circus Circus welcomes visitors on the Strip in Las Vegas on Wednesday, June 10, 2015. (James Tensuan/Las Vegas Review-Journal)

Before the recession sunk its claws into the Strip, Circus Circus routinely contributed $70 million to $80 million a year in cash flow to the balance sheet of MGM Resorts International.

Today, that number is closer to $30 million.

MGM Resorts still sees a benefit to owning the aging but familiar north Strip property the company acquired when it bought Mandalay Resort Group in 2005 for $7.9 billion.

It has a loyal customer following.

MGM Resorts Chairman Jim Murren said in a recent interview Circus Circus is “the most popular property” among the company’s 10 Strip resorts for Hispanic customers traveling from Southern California and other West Coast destinations.

Murren said MGM Resorts “has taken a step back” concerning Circus Circus and is considering various options for the 3,800-room hotel-casino, which was opened in 1968 by the late Jay Sarno. After the property was sold to William Bennett and William Pennington in 1974, the resort began marketing toward families.

“It turns out that the family orientation, which is a Circus Circus hallmark, is a major component to attracting the Hispanic market,” Murren said.

UNLV Center for Gaming Research Director David Schwartz, author of the Sarno biography “Grandissimo, The First Emperor of Las Vegas,” wrote that Sarno created Circus Circus with the idea that it would attract families.

“Imagine something like Disneyland, but with gambling for adults. It can’t miss,” Schwartz quoted Sarno as saying.

It was Bennett and Pennington, however, who made the family idea work.

MGM Resorts has conducted focus groups with the property’s customers to understand what they like and dislike about the resort, which still provides free daily circus acts and operates the Adventuredome indoor theme park.

In recent years, MGM Resorts updated the casino floor, which has 1,400 slot machines and 46 table games, and renovated the property’s guest rooms. Last year, the company added the El Loco roller coaster ride to the Adventuredome.

“It still has the best steakhouse in Las Vegas,” Murren said of THE Steakhouse, which continues to receive accolades from tourism publications. “Some elements are perfect and others we continue to invest in.”

The challenge for Circus Circus is that the property is virtually on an island on the west side of the north Strip.

The SLS Las Vegas opened last August and is trying to find its financial footing. However, the Riviera closed on May 4 and has a yet-to-be-determined date with a demolition crew. The Fontainebleau, which was shuttered in midconstruction in 2009, remains an empty shell.

On the good news front, the Las Vegas Convention and Visitors Authority plans to build a large convention center on the site of the Riviera. In May, Genting announced plans to begin construction of the $4 billion Resorts World Las Vegas, which has sat untouched since August 2008 when the Echelon was halted.

MGM Resorts invested $10 million to create a 33-acre festival grounds on the north Strip. The company closed the RV park next to Circus Circus and used some of the land for the festival site. Circus Circus saw a pickup in business during the Rock in Rio festival last month.

However, Murren said a north Strip recovery will take time.

“Circus has been on its own for a while from a foot traffic perspective,” Murren said. “The north end will not be an easy and fast recovery. It will be a slow and steady one.”

Murren said the company will explore ideas and concepts for Circus Circus, but in the short term, is creating a marketing plan that will “proactively” target the Hispanic audience with messages in Spanish and English in Southern California, Arizona and New Mexico.

“We are taking the point of view that Circus Circus has a significant and iconic role in the renaissance that we hoped to see 10 years ago on the north Strip,” Murren said.