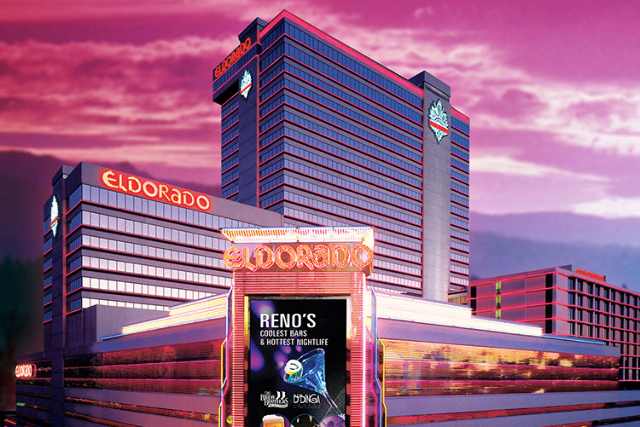 Eldorado Resorts’ $72.5 million purchase of Circus Circus Reno and the remaining half of the Silver Legacy from MGM Resorts International drew praise from Nevada gaming regulators Thursday as the perfect transaction for the resurgent Northern Nevada casino market.

The Gaming Control Board unanimously signed off on the deal, which was announced in July, following a 45-minute hearing in Las Vegas. The Nevada Gaming Commission will rule on the transaction on Nov. 19.

Eldorado will own three resorts in downtown Reno — the Eldorado, Silver Legacy and Circus Circus Reno — and control almost 32 percent of the hotel rooms in the market. The Control Board said the buyout wouldn’t give Eldorado a monopoly in the market.

“Looking at all these factors, the transaction makes sense for this company,” said Control Board member Shawn Reid.

Eldorado CEO Gary Carano said the company, which bought out MTR Gaming Group a year ago, wants to take part in the economic boom being felt in Reno. Gaming revenue in Reno is up 3.3 percent through September, which includes a 4.3 percent increase in slot machine revenue. Visitation to Washoe County is up 1.3 percent this year.

Carano credited the construction of the Tesla Motors gigafgactory and talk around other technology company projects with having a positive effect on the market. Eldorado would operate 4,100 hotel rooms and between 15 and 20 restaurants within the three resorts.

“We feel no one in Reno will be able to compete with us,” Carano said. “These are exciting times in Reno that we haven’t seen in a long time.”

Carano said Eldorado, which currently operates six properties in five states, will see its revenue stream diversify through the transaction. He said the company’s Scioto Downs Racetrack Casino near Columbus, Ohio, will provide 32 percent of Eldorado’s annual revenue. The three Reno properties will account for 25 percent of the revenue stream.

“We will not solely be tied to any one jurisdiction,” Carano said.

He told the Control Board the company plans to add the Eldorado name to Scioto Downs and a Hampton Inns hotel is being added to location. Also, Eldorado spent $5.5 million to open its company-owned Brew Brother restaurant and microbrewery to the Columbus casino.

Eldorado refinanced its debt earlier this year, which will help the company finance the deal with MGM Resorts.

“The risk is mitigated by the timing of the financial situation,” Reid said. “The company is in a good position to this transaction. I’m comfortable as a regulator and for the benefits it brings to Northern Nevada.”

Family patriarch Don Carano opened the Eldorado in 1973. The family partnered with Circus-Circus Enterprises Inc. to build the Silver Legacy in 1995. Circus Circus opened its Reno resort in 1978. The three casinos are connected by enclosed skywalks and anchor the northern end of Virginia Street.

After going public through the MTR transaction, the Carano family retained a 25 percent ownership stake in the company.

“We’re still thought of as a family-owned company in Reno,” Carano told the Control Board.

He said the initial effort will be to look at ways to improve Circus Circus Reno. He said there are no plans for a name change but the first improvements will be to spend money on “safety and security” measures, such as fixing escalators and other areas, as well as improving the property’s Information Technology systems.

“We will show some love to the clown,” said Carano, adding that his father was friendly with Circus Circus co-developer William Pennington.