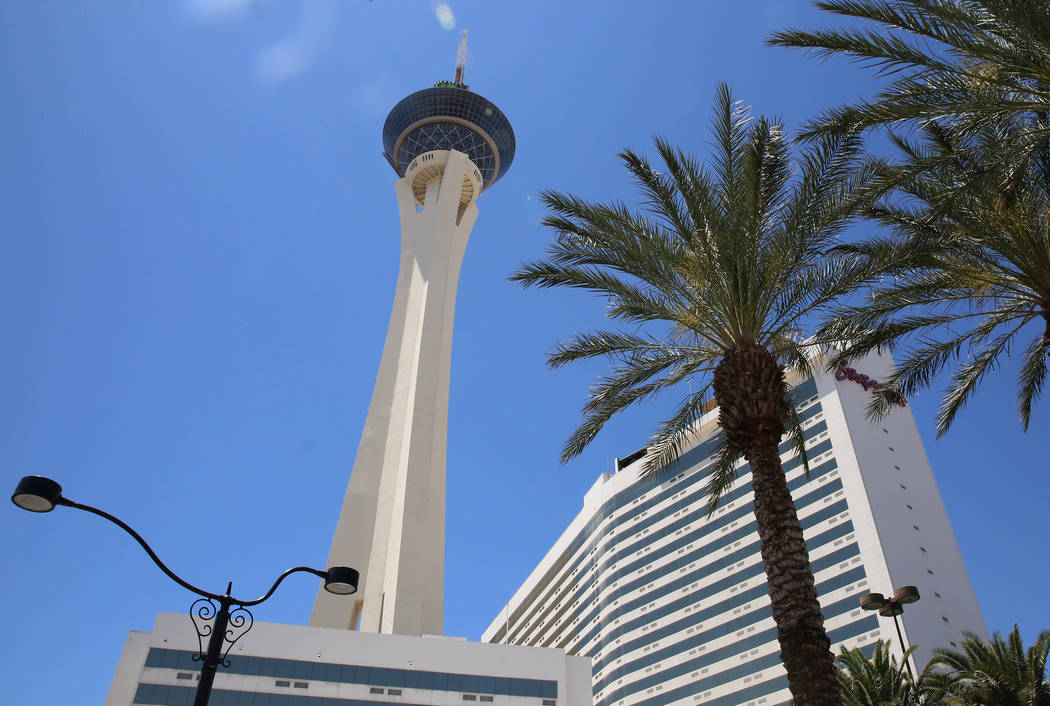 Golden Entertainment, operators of the PT's Pubs chain, has closed on an $850 million deal to acquire the Stratosphere and two Arizona Charlie's in Las Vegas. (Bizuayehu Tesfaye/Las Vegas Review-Journal) @bizutesfaye

Las Vegas-based Golden Entertainment has closed on a $850 million deal to buy four Southern Nevada casinos, including the Stratosphere, that is expected to double the company’s revenue and triple its cash flow.

Golden, operators of the PT’s Pub chain, slot routes in Nevada and Montana, three casinos in Pahrump and a Maryland resort, on Monday announced the completion of the deal with American Casino and Entertainment Properties that gives it the Stratosphere and two Arizona Charlies properties in Las Vegas and the Aquarius in Laughlin.

The company cleared its last regulatory hurdle Thursday when the Nevada Gaming Commission unanimously approved the deal. At that hearing, Golden Chairman and CEO Blake Sartini said closing on the deal was days away.

The company is paying $781 million in cash and 4 million shares of Golden Entertainment stock to New York-based Whitehall Street Real Estate Partners. Golden financed the cash portion of the deal and planned improvements with $1 million in news loans and a new $100 million credit facility.