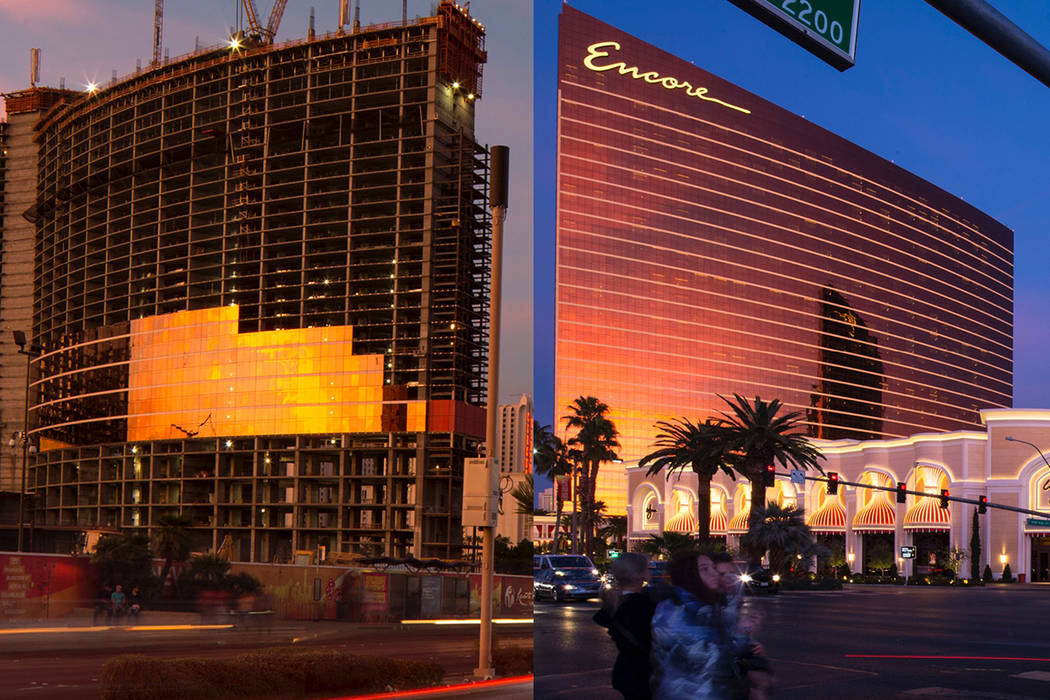 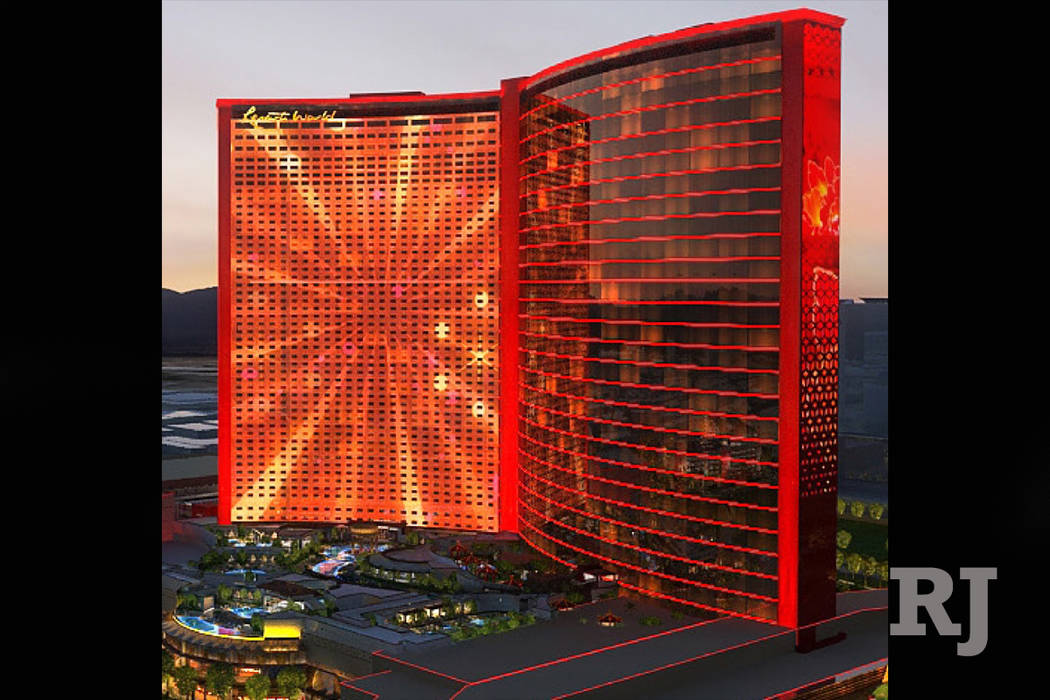 A rendering of what Resorts World will look like when completed. (Courtesy)

A judge has delayed ruling on a request for a temporary restraining order that could shut down construction at the Resorts World Las Vegas project on the Strip.

In a January response, Resorts World said its building would look dramatically different from Wynn’s properties upon completion. The company also noted that if the project is shut down it would cost it an estimated $169 million and result in 500 construction workers being immediately laid off.

Currently, the buildings have a similar look with bronze glass and dark horizontal bands between floors.

The court’s order “allows Resorts World time to satisfy Wynn and the court that any design different from the design Wynn accuses of infringement will not resemble the design of the Wynn,” a Wynn company spokesman said.

“It is Wynn’s desire that a design can be agreed to in the next two weeks, as expressed at the hearing, so that construction can continue and no jobs are interrupted or terminated,” the company said.

Resorts World said additional evidence would be presented at the Jan. 29 hearing.

“Genting (Resorts World’s parent company) remains confident that once all of the relevant facts are presented the company will defeat Wynn’s baseless claims,” Michael Levoff, senior vice president of public affairs and development for Genting, said in an emailed statement.