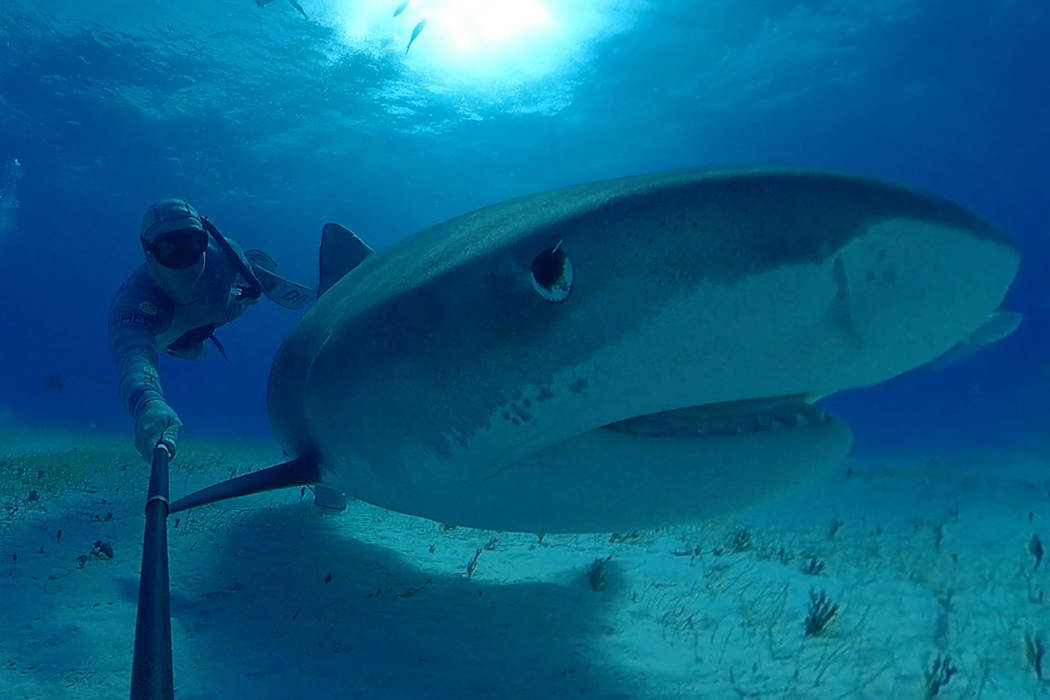 According to a February news release from the Aquarium, the a 36-seat motion-platform theater will offer two live-action films.

The first, “Swimming with Humpbacks,” follows mother humpback whales and their calves as they migrate during mating season. “Shark Dive” takes place at Tiger Beach, an underwater strip in the Bahamas full of hammerheads and tiger sharks.

“For years, our guests have been fascinated and intrigued by the beautiful living creatures that call Shark Reef home,” Adrienne Rowland, the acquarium’s director of animal care, said in the release. “Now, with this immersive and interactive experience, they can discover and appreciate our oceans and animals in a whole new way.”

Both films come from a partnership with LA-based immersive virtual reality company Immotion Group. The Shark Reef Aquarium will hold its largest theater to date.

“Not many people can say they swam within a few feet of a humpback whale or tiger shark in the wild,” Rod Findley, commercial director for Immotion Group, said in the release. “With our immersive VR technology, we’re offering guests that kind of bucket-list experience. We think our attraction, with its interactive pre-show and motion-platform theater, builds on what Shark Reef Aquarium already offers and adds another exciting dimension for visitors.”

Entry to the theater will be included with Shark Reef admission.