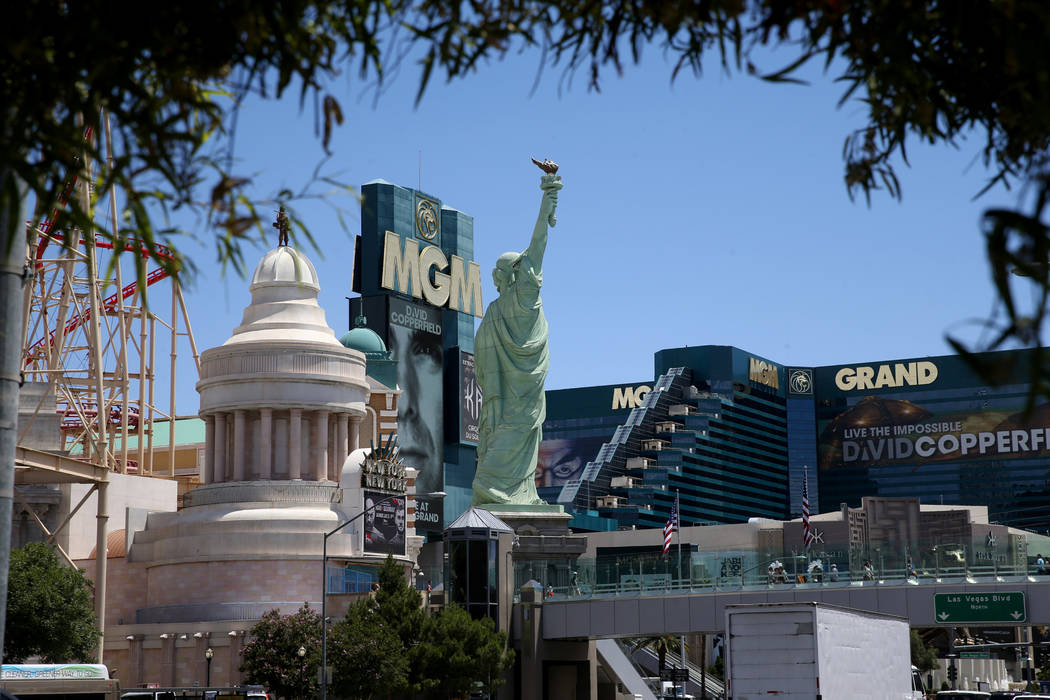 Former Gov. Brian Sandoval, now the president of global gaming development for MGM Resorts International, said he believes the implementation of the company’s MGM 2020 program could help the company’s chances of landing one of three coveted gaming licenses in Japan.

Japan is a market estimated at being worth more than $25 billion a year once the resorts open in Japan in 2025.

MGM 2020 is a plan to reduce costs, improve efficiencies and position the company for growth. The multiphased program lays the groundwork for the company’s digital transformation, but also included last month’s layoff of more than 1,000 employees.

“The bottom line is if they’re aware of it, it’s about making MGM a stronger, more nimble company, and it’s actually going to benefit our work in Japan,” said Sandoval, who completed his most recent trip there last week. “I’ve been to Japan four times, and I haven’t been asked once about MGM 2020.”

The company’s MGM 2020 strategy has resulted in more than 1,000 layoffs of mostly management and mid-management employees, including 881 in Las Vegas. The program, announced days before Sandoval joined the company in January, is designed to improve cash flow by $200 million annually by the end of 2020 and an additional $100 million by the end of 2021, according to company officials. Half of the anticipated savings is being attributed to reduced labor costs.

Gaming analysts have mixed forecasts on how the layoffs may be perceived by Japanese regulators in considering MGM for an integrated resort slot.

“When we look at MGM and try to look at it through the lens of a regulator in Japan, MGM has been very transparent and open about the process,” said John DeCree of Las Vegas-based Union Gaming. “I don’t think it would be a sticking point for a Japanese regulator.”

Chad Beynon, a Washington- based analyst with Australia’s Macquarie Group Ltd., said he agrees the company’s transparency through the process may help MGM, but the perception that layoffs could occur may be frightening.

“The thing about MGM 2020 that they’re trying to convey (is) the labor savings. … It is interesting that they’ve said they’re going to have greater efficiencies and more enhanced labor standards and it won’t affect service levels,” he said. “It certainly sounds like you’re talking out of both sides of your mouth if you’re firing 1,000 people in a service industry and you don’t think it’s going to affect any service levels.”

Beynon said Japan has been on MGM’s radar for a long time.

“Japan is something they’ve been talking about for a decade here, and they’re really focused on winning that,” he said.

Beynon said the MGM 2020 cost reductions are likely giving the company more resources to win that bid in Japan.

MGM CEO Jim Murren apologized to laid-off employees and their families late last month, but he stood behind the decision to implement the program, calling it “necessary to assure our future.”

MGM and at least eight other companies are vying for the Japanese licenses. Osaka is prized because it is likely to be the site of the first resort to open as government officials angle to link that with World Expo 2025.

If the estimates stand up, Japan would become the second-largest gaming market in the world behind Chinese gaming enclave Macau.

Other Las Vegas companies are interested in being licensed in Osaka, including Las Vegas Sands Corp., Wynn Resorts Ltd. and Caesars Entertainment Corp. Speaking on the condition that they not be identified, several gaming analysts said MGM and Las Vegas Sands are the front-runners in the licensing bid.

Las Vegas Sands President and Chief Operating Officer Rob Goldstein said at an analysts’ conference last week that he believes Osaka to be the only city in Japan suitable for a large-scale integrated resort with “millions” of square feet of convention space and “thousands” of hotel rooms.

Speaking in a fireside chat at Sanford Bernstein’s 2019 Strategic Decision Conference in New York, Goldstein said he believes Sands’ track record of building large-scale resorts in Singapore and Macau will give the company an edge over its competitors.

Company submissions for the coveted Japanese spots are due in the next couple of months, Beynon said. Then Japanese regulators will likely take several months — Beynon estimates six or nine — to figure out who the winner is at the local level, and then the central government has the final say.

NOTE: This story has been updated to reflect that former Gov. Brian Sandoval was speaking broadly about the MGM 2020 initiative and its impact on the company’s chances to win a gaming license in Japan.