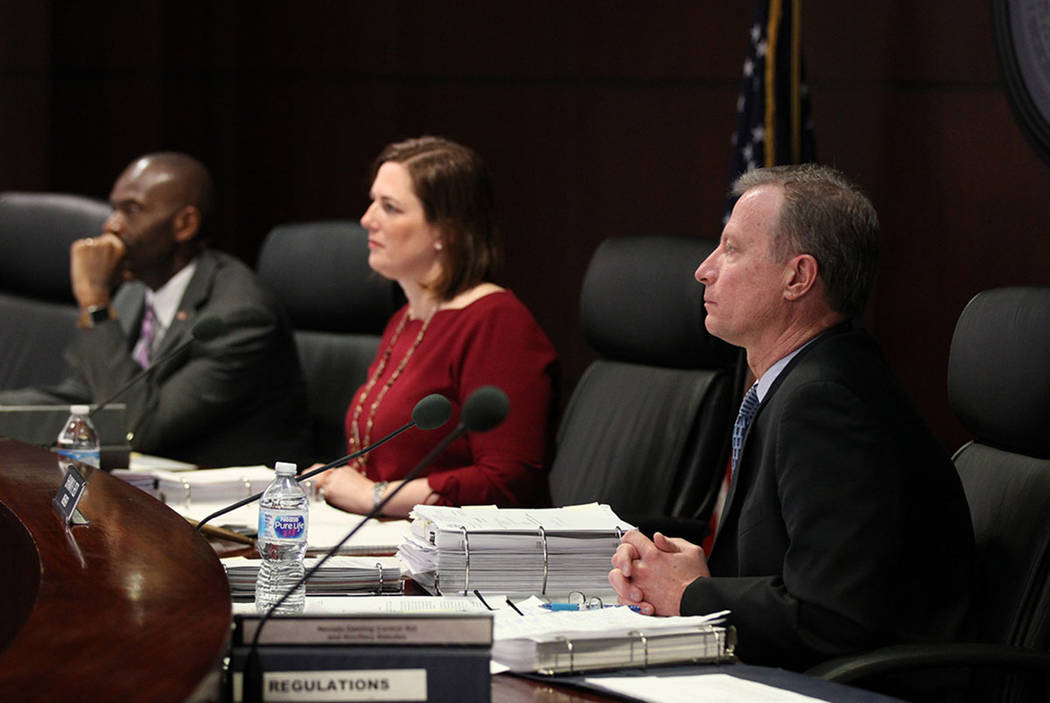 The dad of an Armenian entrepreneur who financed his son’s sports wagering system manufacturing company will receive further scrutiny as a condition of the unanimous approval of a license for Las Vegas-based BC Technologies and its top executive, CEO Vahagn Badalyan.

Badalyan and his father, Vahe Badalyan, spent about 1½ hours Thursday convincing commissioners that the father would not control the operation despite his start-up investment in the company. The amount of the investment was not disclosed during the hearing in Las Vegas.

The father’s possible control of the company behind the scenes was a fear expressed by the state Gaming Control Board, which recommended approval in a rare 2-1 vote on June 6.

As a condition of the licensing, Vahe Badalyan and his background will be reviewed in a suitability investigation — a costly venture because it will mean reviewing and translating Armenian financial documents and hiring interpreters to help with interviews by investigators.

At Thursday’s hearing, Vahagn Badalyan translated answers to questions from the five-member commission to the father, who speaks no English.

Vahagn Badalyan and Bruce Merati, chief financial officer and chief technology officer, have said they expect the venture to be a success because of the anticipated rapid expansion of sports wagering with dozens of U.S. states looking to legalize betting on games in the next five years.

The Gallaghers were licensed as co-managing members of PLG2 LLC, which will operate the restricted location.

In other business, commissioners unanimously approved a settlement on a two-count complaint the Control Board filed against BCH Gaming Reno, doing business as Boomtown Reno in Verdi.

The company was accused of illegally operating an unlicensed interactive gaming system by linking to websites based in Curacao.

In a stipulation signed May 11 by Control Board members and Boomtown Reno CEO Robert Medeiros, the company admitted to the violations and agreed to waive a public hearing on the charge and pay a $40,000 fine.

Medeiros appeared at Thursday’s meeting via teleconference from Carson City and apologized for the oversight.

He said the approximately $1,600 in illegal casino winnings Boomtown received was donated to a Nevada responsible gaming program.