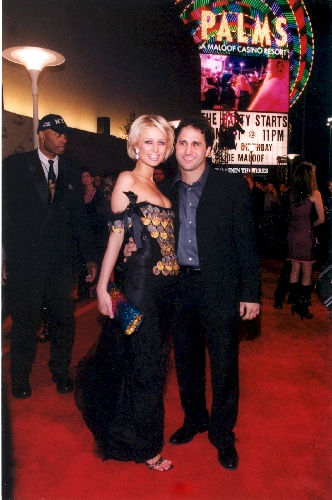 The Nevada Gaming Commission on Thursday unanimously approved the licensing of Leonard Green & Partners L.P. and TPG Capital as new owners of the Palms.

Under the deal Leonard Green and TPG will own 98 percent of the Las Vegas celebrity hangout through a company called FP Holdings L.P.

George Maloof, the driving force behind the off-Strip property that opened in 2001, signed a 10-year employment agreement to manage the hotel-casino. Maloof, chairman of the board of the new company, will own 2 percent of the Palms, with options to acquire an additional 7.5 percent stake.

"We’ve had a great past at the Palms, but it is time to move forward," Maloof said after the commission’s vote. "I’ve got two great partners to get the Palms back to where we were."

At this point, Maloof said, all he wants to do is focus on the Palms.

The Palms encountered financial trouble last year after it missed a loan payment. In June, the company announced it had reached a deal with Leonard Green and TPG to restructure $459 million in debt.

"George Maloof’s legacy is that he moved the Vegas casino into a space where it largely still is — a resort with an emphasis on nightlife and lifestyle dining as well as gambling," said David G. Schwartz, director of the Center for Gaming Research at the University of Nevada, Las Vegas.

Maloof along with President Joe Magliarditi, who formally ran the Hard Rock Hotel and held a management position at M Resort, will continue to manage the property.

"I expect Joe to compete more aggressively for locals slots players, which was the strategy he was attempting at the Hard Rock before the regime change," Schwartz said. "According to George, he’ll be more involved in longer-tem projects and possibly extending the brand, which makes sense."

Earlier this year TPG purchased a 20 percent stake in Aliante Station from Station Casinos LLC as the locals gaming company emerged from bankruptcy.

"I think Planet Hollywood is the closet thing in their portfolio to the Palms," he said, "I can’t see them wanting to add beds in Las Vegas right now. It will be crucial for (Caesars) to optimize its current footprint, or even shrink it, not expand."

Commissioner Tony Alamo urged Maloof "not to take this personally" because as a member of the gaming commission Alamo been involved with 17 other casino companies that needed to restructure because of the recession.

"It’s your baby," Alamo said. "I know this has been a trying time for you."

Commissioner Randolph Townsend, who voted in favor of the deal, urged Gov. Brian Sandoval’s Gaming Policy Board to discuss the role of institutional investors and management in the operation of casino.

"Gaming people are doing gaming on a daily basis," Townsend said. "We have become Wall Street in the desert and that concerns me. The ones who do well are there every day grinding it out."

Commission Chairman Peter Bernhard cautioned Townsend and other commission members, saying it would be up to the Gaming Policy Board to initiate the discussion on the policy regarding investment and management.