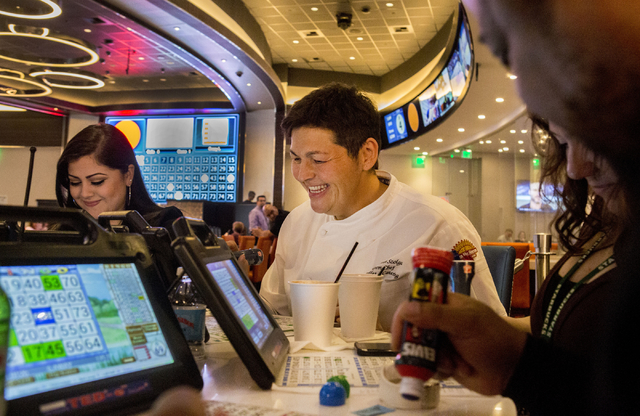 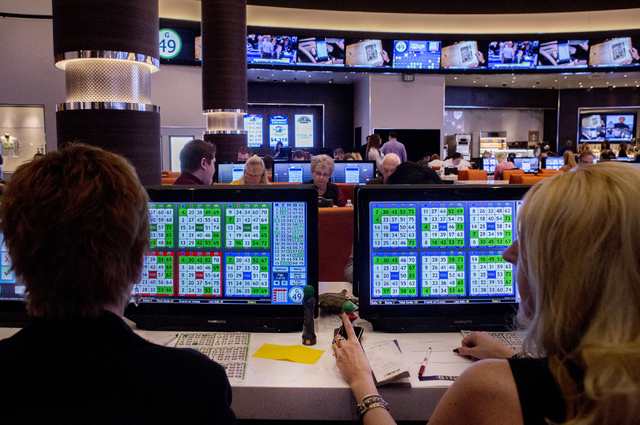 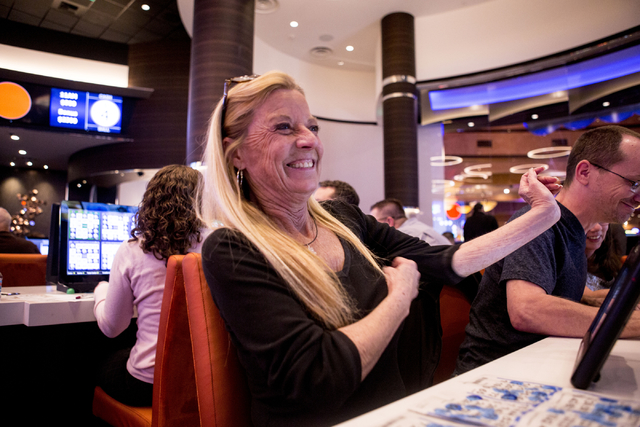 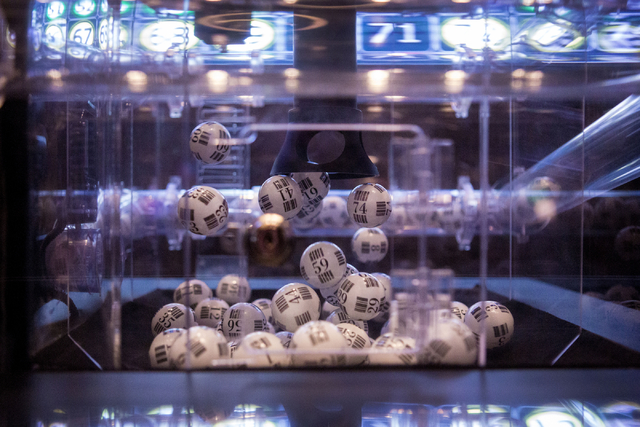 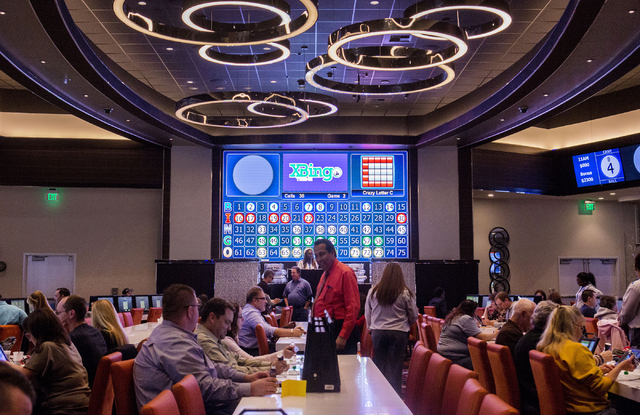 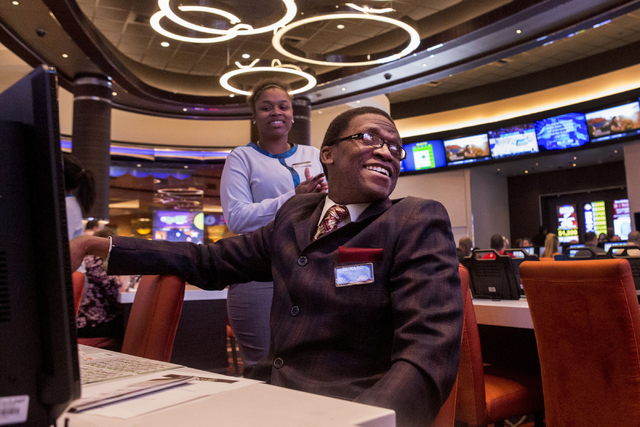 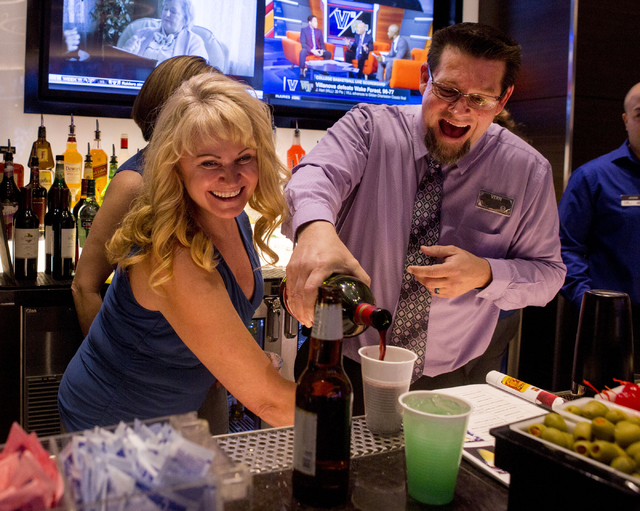 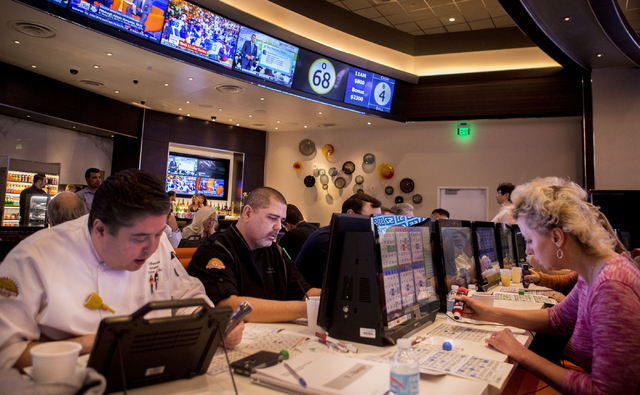 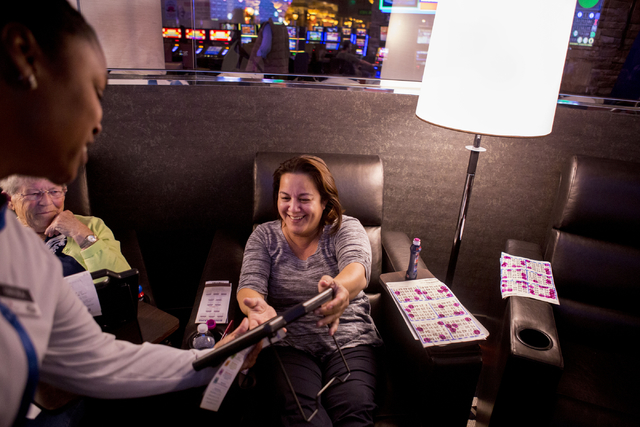 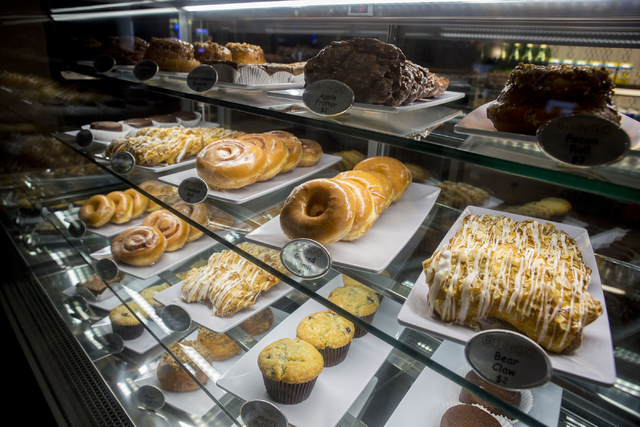 The company on Wednesday opened its new, 10,000-square-foot bingo hall in space formerly occupied by the Revolver country nightclub and bar.

And it’s not your grandma’s bingo hall.

While most of the 23 bingo centers in Southern Nevada — Station runs nine of them — have long rows of tables and chairs filled with players facing each other, the new Santa Fe hall has a mix of long and round tables, each with a view of the 30 television screens or the 12-by-15-foot video wall that has the capability of being split into quadrants to produce multiple images.

“Bingo is in our DNA so we’re pretty serious about serving our players well,” Station spokeswoman Lori Nelson said of the company, which first launched bingo at what was once the Bingo Palace, now Palace Station, in the mid-’70s.

As bingo started to disappear from the Strip, tourists found their way to bingo halls offered by Station and its rivals at Boyd Gaming Corp. and downtown’s Plaza property.

Now, Station has turned the Santa Fe room into a more comfortable environment with its undisclosed dollar investment. Nelson said if the response is good, the company could do similar upgrades at its other properties in the same way the Red Rock Resorts’ sports book jump-started improvements at other Station properties.

The new bingo hall has 350 seats — slightly smaller than the previous room — and upgraded seating and technological innovations. The sound and lighting systems have been enhanced and every player will be close to electrical outlets or USB charging stations.

The room has a glass-enclosed smoking area and private restrooms for bingo players.

A special VIP area with plush seating and dedicated displays can be reserved for parties or special gatherings.

The room has a separate bar and food display that includes pastries, Starbucks coffee, Dole Whips, custom espresso drinks and handcrafted cocktails. Some drinks are complimentary.

Crystal Foster, Santa Fe’s bingo room manager, was overseeing the final improvements prior to an employee play day, a final test before opening to the public Wednesday.

“It’s really exciting and I’m sure our customers are going to love the new place,” she said.

Santa Fe celebrated Wednesday’s grand opening with cake and champagne. Throughout the Thanksgiving weekend there will be special promotions, and Massage Envy gift cards will be given away at the 1, 3, 5 and 9 p.m. sessions on Tuesday.

The room will launch its Xtreme Bingo games at the 11 p.m. sessions on Friday and Saturday, during which players will have a chance to win an overnight stay in a suite at the Palms. Station recently acquired the Palms.

Xtreme Bingo is marketed to younger players with mood lighting and upbeat music overseen by DJs.

Ladies’ night promotions are planned for Wednesday 11 p.m. sessions, and Santa Fe’s room will be part of Stations’ twice-a-year $600,000 Big Bingo Weekend, with players competing from Boulder, Texas and Palace properties as well as from Santa Fe.

The upgraded Santa Fe has electronic bingo technology, but for players who long for the nostalgia of paper games, the company still plays old-school style at its two Fiesta properties.